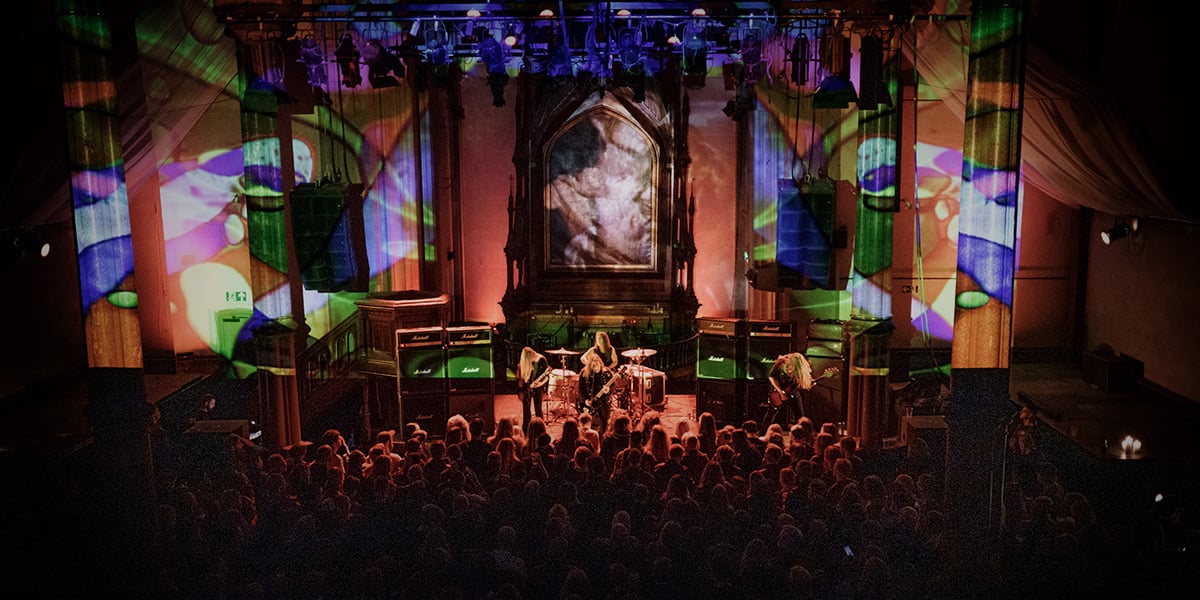 The team behind Norway’s yearly eclectic Doom festival Høstsabbat also began to organize concerts in Oslo. After having OM this summer, they now presented Electric Wizard bringing their take on Doom Metal to Kulturkirken JAKOB. The venue is a church from the end of the 19th century which is today used as a cultural hotspot with a wide assortment of activities (and of course it is also the venue for the Høstsabbat).

Interestingly there was no support band, so it was all about “an evening with Electric Wizard“. Needless to say, the gig was sold out. It was a surprise to see the whole location was pretty well lit, which resulted in one of the most bright and colorful Electric Wizard gigs. You could see the whole band members throughout the whole set. The normal horror movie sequences you would expect and love were projected high up in the air, covering the altarpiece. They were accompanied by psychedelic light effects, emphasizing the more psychedelic side of Electric Wizard’s riffing.

The setlist was the usual set Electric Wizard play, which can be seen as a “Best of”-set. The only new addition was “Hear The Sirens Scream” from their last album, Wizard Bloody Wizard. Overall, the enjoyable gig lasted around 80 minutes. The performance was top-notch, intense and riff-laden – and it seemed the band had fun to play inside such a remarkable venue – still leaving us to yearn for more.