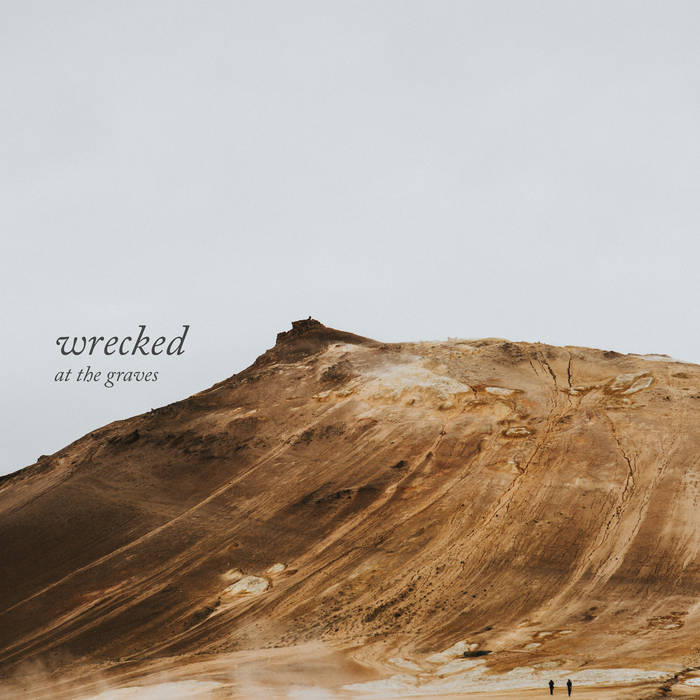 Hello, fuzzers! Last time I brought before you a one-man-band Mindkult and now I am presenting you another, this time from Maryland, USA. At The Graves got started in 2008 as a side project to Ben Price’s band Revolta and when the latter broke up in 2011 it became the main focus. Ben recorded first two EP’s on his own, but then he recruited a bassist and a drummer, they released a full-length album and two more EP’s in the period from 2011 to 2014. Now Ben is playing all the instruments himself again and he also writes all the lyrics and do the vocals. New full-length Wrecked is the sixth release from the band.

In compliance with the cover art, each track is like a new day trekking through the endless desert. They start from a serene calmness and gradually the steps get heavier as they would when you’re traveling over squishy sand dunes.

As each song reveals itself to be more complicated and nuanced so does the album grow on the listener with each playing. The sound develops, increasing heaviness with each song and ultimately feels like a sledgehammer dripping with anguish crushing your lungs and forcing out your breath.

But the heaviness does not mean it isn’t beautiful. This guy has a great talent painting a certain emotion – call it melancholy, gloom or even despair if you want. If this album would be a painting, it would certainly require that you take a moment to appreciate the details and technique brushed into the golden dunes under the blinding sun.

I like to start sleepy Saturday mornings with this album.

At The Graves is a one-man-band.

At The Graves Links