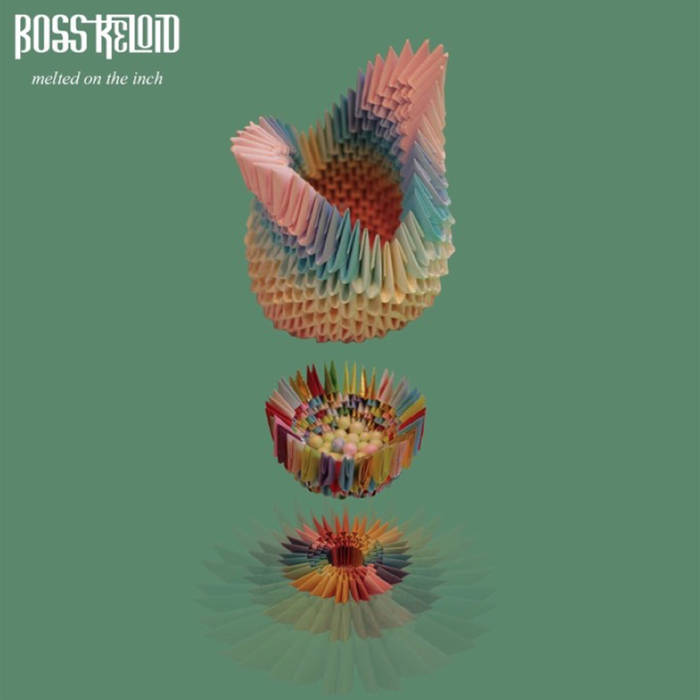 Mind-melting sludge masters from UK are back with something that's never been done before!

After releasing Herb Your Enthusiasm in 2016, Boss Keloid quickly appeared on my radar. Their unique take on incredibly heavy music made the record to be a returning regular in my play queue throughout the year, eventually working its way up to become the #1 in my Top 15 Albums of 2016 by the end of that year. Looking back I can honestly say, no mistakes where made.

Needless to say, my heart skipped a beat when, 2 years later, the news of a new full-length by the progressive sludge masters from Wigan was set to release on April 27th. Spoiler alert: it’s fucking massive.

When comparing Melted On The Inch to its predecessor it becomes clear that the band has matured and taken their signature sound to a new level. The latter is still mind-meltingly heavy, yet more delicate, more complex and more dynamic than the former, totalling to a more intricate and sophisticated piece of progressive heaviness. This partially being the result of the addition of a fifth member to the team, Matthew Milne on keys, adding synth and organ-like sounds to most tracks. The band, with its roots deep into stoner, doom, and sludge since their formation in 2010, might not have appeared on the radar of the seasoned progger so far, but with Melted On The Inch, there’s no way around the band anymore.

One of the greatest qualities of this band is definitely vocalist Alex Hurst. He initiates the record with his roaring baritone voice and close to theatrical singing style in the title track ‘Chronosiam‘. Within minutes, the band takes the already bewildered listeners through a dazzling maze of riffs, epic melodies, and odd time signatures. The track seems to be all over the place at first glance, and designating a specific mood to the song is just as impossible and as keeping yourself orientated. Uplifting themes alternate with grim, bad-trip inducing verses, making it very clear this is not a record for casual listening. When immersing yourself fully in the music you’ll find that each song is composed of otherworldly brilliance, each part seamlessly melting into the next one.

So, no casual background music, but if that was your intention of finding when clicking this link in the first place, why are you still reading this?

The next track, ‘Tarku Shavel‘, gives you a few seconds to take a breath and re-adjust to this new state of mind you’re slowing growing accustomed to. With a slightly more conventional song structure, the band again takes you through massive octave-fuzz laden lands whilst exploring some new sounds that will remind some of citar in psych-like solos. The band continues its exploration of new sounds, scales, and instruments in the third track, ‘Peykruve‘. The intro of the track would be most accurately described by a (hopefully) unexisting genre called progressive sludge reggae (!?). Yes, it might sound idiotic, but it shows that Boss Keloid is taking experimentation to a whole new level, creating sounds that have never been heard before. They soon drop the exploration of this newly invented genre and go back to their expedition through the riff-filled land. The longest track of this record comes in 4th and starts off in a similar way as it’s predecessor. Some interesting percussive sounds gently introduce us to the 7+ minutes that are to come, just to present us with a healthy balance between massive, complex verses and a catchy refrain.

Overall I cannot stress enough that this record can and should be seen as 40 minutes that will revolutionize the sound of progressive metal, or anything heavy really.

Out on the 27th of April through Holy Roar Records. Go grab yourself a sweet slab of coloured wax right now!

Listen at your own peril. Not for the faint of heart or shallow minded.