Comacozer/Blown Out – In Search Of Highs: Volume 1 Review 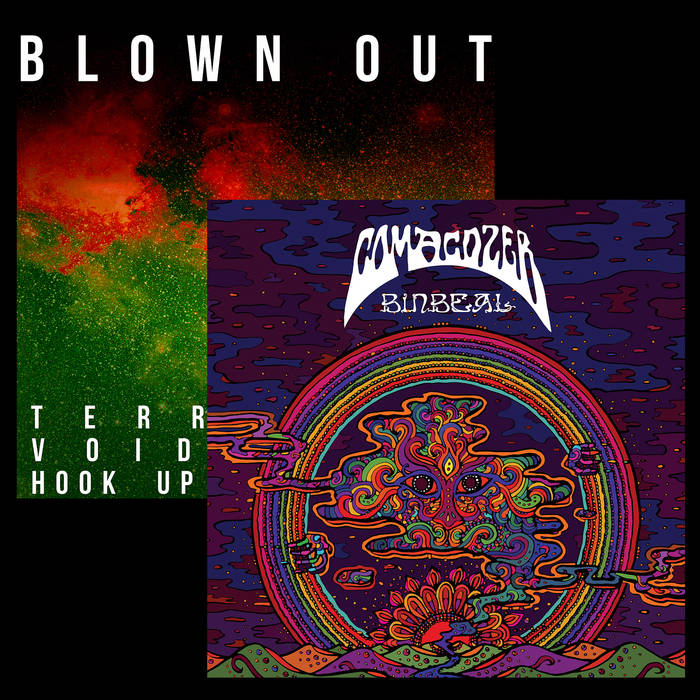 Blue or Red? or both? Two Heavy Psych trips ahead.

Riot Season Records brings us the first of a possible split series and right here we get some heavy psych courtesy of the UK based Blown Out and Comacozer from Australia.
I’ve been a fan of Blown Out since their album New Cruiser came out so was looking forward to hear these new songs, Comacozer on the other hand I had never heard but who’s not up to hear something new. 🙂

Comacozer starts this split with one long 18-minute track called Binbeal and my first thought is that the slower pace and atmosphere reminds me of the drone/doom band Bong.
It got some “floaty” guitar licks roaming around space while the bass and drums keeps it on course.
A comparison I don’t mind since Bong is one of my favorite bands when it comes to drone & atmosphere.
After building it up for 10 minutes the band let the beast out for a while to roam free before they settle it down as it started! A fantastic track so Comacozer will stay under my radar.

Blown Out‘s side is 20 minutes divided into 3 songs, here you get a totally different sound and production compared to what Comacozer brought.
The sound is thicker and heavy, just the way I like my Blown Out.
Terraform is plowing through space like a bulldozer, even though you will see it lightyears ahead you won’t be able to stop it!
Void Sucker picks up the pace and just rocks, if any than this one should get your head moving.
Last one is Hook up the Telepath, quite similar to Void Sucker, begins with some weird static noise before Blown Out puts the ship into cruise control for the final sweet ride.