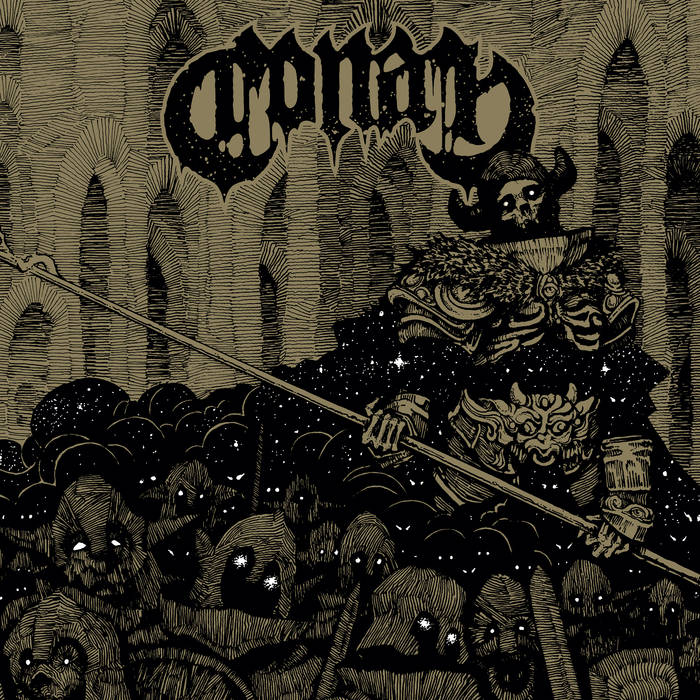 To Arms! Conan is Back and Needs Your Support for Another Battle!

If your day lacks epicness, don’t worry, More Fuzz has something for you: Existential Void Guardian by Conan. These three English warriors from Merseyside, have released their third full-length on Napalm Records and you know what? It is 100% Caveman Battle Doom guaranteed !

One legitimate question you wonder before pressing play on Conan Existential Void Guardian is: did the band insist on the higher tempo experimentations that made last LP Revengeance so particular compared to their other productions? Well, finding a clear and definitive answer remains difficult after the hearing of the whole album. At least, one thing is sure: the opener “Prosper On The Path” perfectly sticks to Conan original sound with slow and thunderous riffs that pound the ground like siege engines.

Then, yeah , fans from the very beginning will not be disoriented by this new album: the second track, “Eye To Eye To Eye” follows the example of the first, except that the compositions progression has been made in reverse, opening with an upbeat rhythm before to drop down to a slower and crushing tempo.

Fourth and sixth tracks “Amidst The Infinite” and “Vexxagon” do not diverge from this approach delivering their amount of raw and monolithic riffs, more than well stood by the impeccable and harsh drumming of Johnny King.

Brutal style remains all along the LP but it does not mean the band did not experiment with new approaches in their compositions. Most significant certainly is this harmonized dual vocal progression that can be heard in “Prosper On The Path”, “Vexxagon” or “Amidst The Infinite”. It enriches their music by going further in one aspect that makes Conan so special: the vocal section.

“Volt Thrower” also marks a slight shift as it is rooted in sludgy style with an infectious and very effective groove. More surprising is the short but so frenetic “Paincantation”. Lasting 54 seconds, this song constitutes a not expected but an interesting exploration into grindcore territory, where blastbeat onslaughts wake the damned up !

Last track “Eternal Silent Legend” represents a perfect closing for the band symbolizing all these subtle influences they integrated into the core of their sound with some almost drone passages before closing on a massive stomp.

Before any hardships that require this great amount of courage you can find in Existential Void Guardian.

Do not hesitate to check out Tony Roberts website, the guy behind incredible Conan artworks !