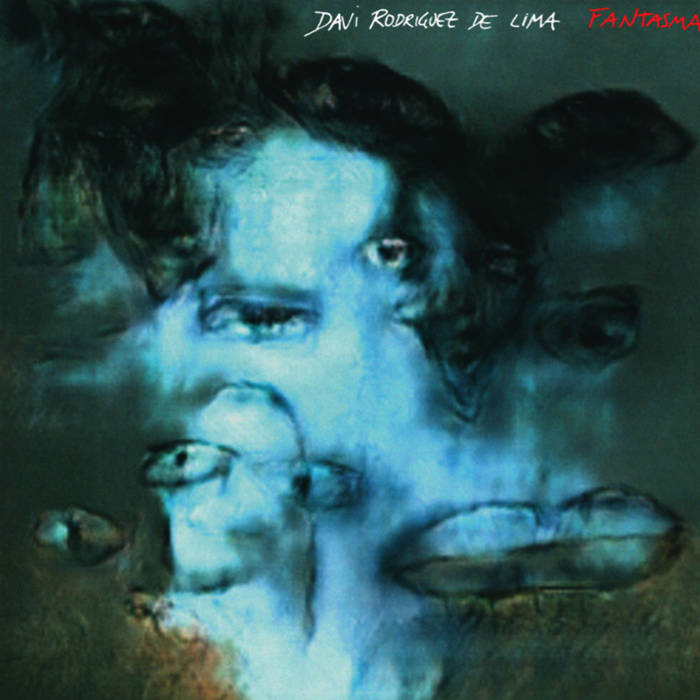 All began with psychedelic rock ‘n’ roll. This is the genre that made me love music when I was younger and that drove me, few years after, to more heavy music. If you ask me what bands I consider as my musical universe’s pillars, I will tell you about Jimi Hendrix, The Doors and the 13th Floor Elevator without any doubt. Today, I still pay a close attention to this genre. So when I learnt that Sulatron Records (Electric Moon) released a psychedelic noisy rock album called Fantasma, by Brazilian but Germany-based artist Davi Rodriguez de Lima, you guess it directly grabbed my interest.

The truth is that I did not know this musician and I never expected this album. I fell on it by luck. And what a luck ! Fantasma is a condensate of lo-fi, psychedelic and experimental rock. It reminds us how rock continues to magnify all the potential and wealth of psychedelia. In Fantasma, this psychedelia takes different shapes. If ghosts are lonely beings lost in another dimension, Davi Rodriguez de Lima is a sole musician wandering throughout the mazes of a hazy mind. From rhythmic section to the voice, including the guitar and modulations effects, he did all on its own. Fantasma is a blurred ego trip. Sonorities are dirty, the atmosphere is troubled but full of shades. It depicts with strength the creative instability of the human mind.

The trip begins with eponym track “Fantasma”. Hypnotic and confusing sonorities are already there. The music is rock and noisy and we can feel a mix of influences from classic psychedelic rock like 13th Floor Elevator to neo-psychedelia. This second root is even more  present in following track “Tamed”. The composition is not progressive or heavy but has more to do with bluesy and lo-fi psychedelic rock. Anton Newcombe and The Brian Jonestown Massacre feel even closer when it comes to the final guitar solo. This vibe is also recognizable in the sixth track entitled “Neblina Rosa”. This one sounds vintage, as the composition follows a classic bluesy style. Psychedelia is reinforced by this vintage and blurry groove.

Third one “Off Track” displays another bunch of influences. The music is heavier and the spirit more punk. The trippy atmosphere does not vanished and there is definitely something of Hawkwind in this more aggressive and repetitive approach. Hawkwind legacy continues to infuse the sound in track n°5 “Grey Times”. This is one of my favorite of the album and the most heavy for sure. After a quite long ambient introduction, rhythmic section enrages with a dry and powerful pattern, giving an industrial side to the music.

Fourth track “Eternal Child” constitutes the heart of the journey. Here, Davi Rodriguez de Lima shows us all its mastery in constructing its torn mental universe. Eternal delays shape an even more trippy atmosphere and the psychedelia reaches its climax. There is something almost shamanic in this one. This world full of echoes, dissonances and electricity depicts the best this feeling of mental confusion that makes the strength of the album.

More modern sonorities and composition come back on the seventh track “Banalized”. Here, post punk influences can be heard. The music is noisy. It drops into an experimental section at the end, a quite interesting and enjoyable moment. Finally, the album closes more softly with “Filho”. It works as a kind of spleen that appears after a more intense trip. Folk influence makes think about Ty Segall and fellows.

Fantasma displays a big variety of influences from psychedelic rock ‘n’ roll classics to more modern and noisy influences. The result is solid and particularly rich for a solo project. It also has the strength of the intimacy. Fantasma sounds like a very personal album and we enjoy enter in this troubled artistic universe.

The day after a hard party.

Fantasma is released on German label Sulatron Records. One of the sharpest and creative when it comes to heavy psych and psychedelic music in general. Guten Tag Electric Moon !