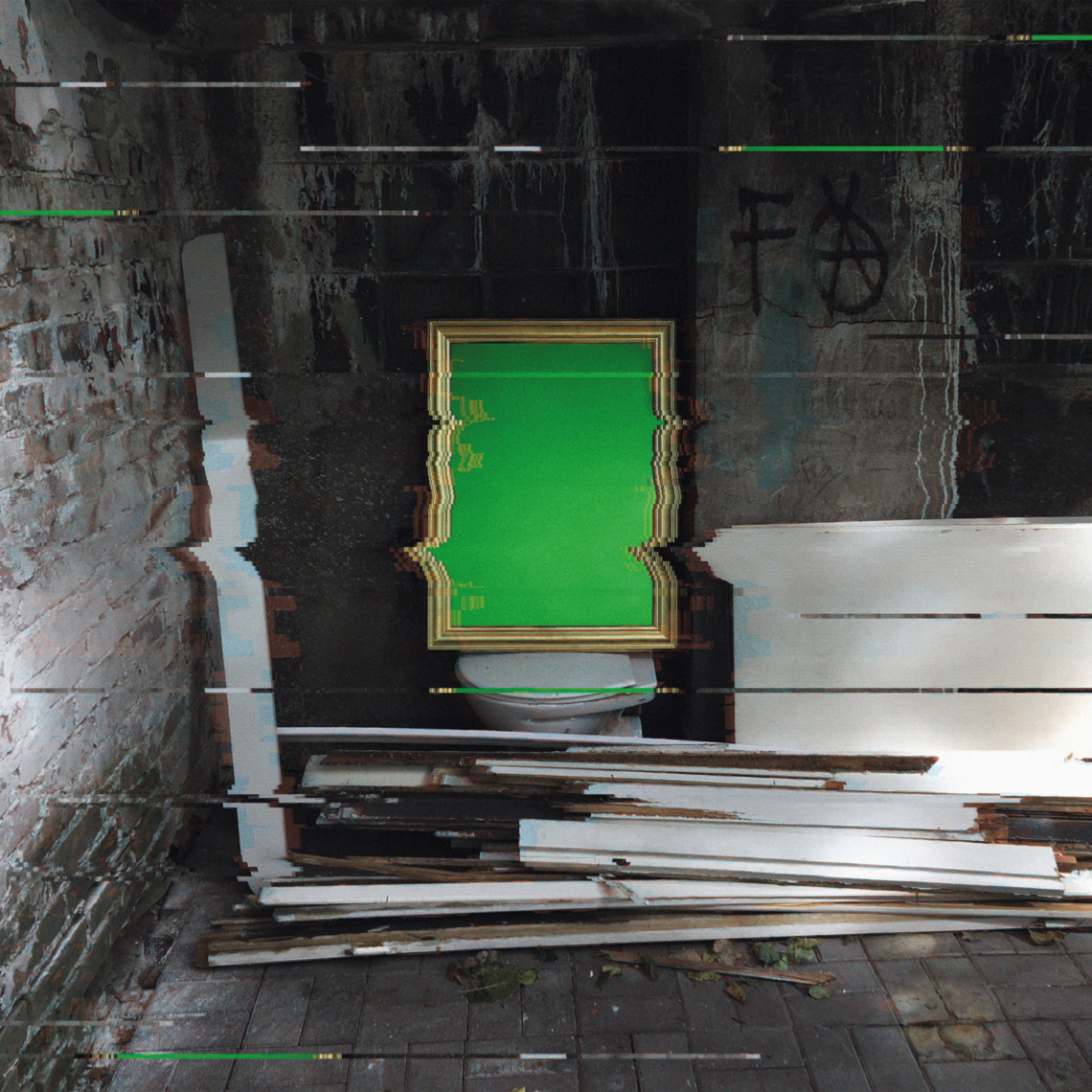 This is not your average album

A glitch in the system, a standard deviation or perhaps an active response to the genre’s observable fatigue? If you like to be challenged by fresh gusts of wind without straying too far from your stoner comfort zone, be my guest and walk along. As today my friend, we have a new companion. One from the earth, put to life by noise and Slavic spells yet in all that failing to subordinate to anyone’s will. Please welcome Golem, the second LP by the emerging Polish anomaly going under the name of Diuna.

Before I dive into the record itself, I feel like you need some light shone on the background of this creation. Diuna is a quartet of friends originating from Toruń, Poland who currently are scattered around the country but are bound with something more than love for riffs and spliffs. Interestingly enough, the guys all seem to share this weird and twisted sense of humor that is prevalent in everything that makes the band what it is. In album covers, video clips, scenic presence, lyrics or just in the overall vibe they bring about. While it might, of course, be more obvious for our Polish audience (since the lyrics are entirely native), Diuna juggles with satiric themes that challenge everyday conformism and addresses them with a high dose of introversion.  That being said, let’s see what this contraption has to offer.

The album holds 12 tracks, kicking off with a 20-second prelude and later being interlaced with slightly longer instrumental pieces every other song. Those intrusions contrast with the lyrical flesh of Golem as they all sound rather different. The composition here already says something about the approach Diuna took when producing this album. Trying out new things, not fearing to take small steps to escape the versatile yet in itself limiting ‘stoner’ badge we all so love to label bands with.

“Menu”, the short aforementioned prelude sounds as if the listener himself was engaging in some wicked simulation. Pressing the random buttons, you arrive at a result which luckily for you, takes you on an unholy ride.  Following the last beep come the drums, come the riffs and the madness begins. We ride on with “Jarmark Cudów” where the punchy guitar work by Mitzig whirls around, goes in circles as if trapped and constantly looking for an escape route. Faithfully accompanied by Malies (bass), Kuba (drums) and later by Kostek’s rabid vocals, it continues to build up the tense atmosphere until it’s finally being released into a guitar solo. Not for long though as it’s swiftly being dragged back, reformulated and forced into a different tempo. Only later to change again by the end of the track where the hysterical laughter unleashes what is perhaps the heaviest moment of the whole album. Both a tense and versatile track.

Then comes “Optymistyczna Celebracja”, the first interlude which to me resembles some extended and jam-laden cheap TV-series intro, all happy and joyful and for sure contrasting with how the previous track ended. “O, coś chodziło”, comes right after with simple, repetitive riffage that falls extremely close to what we’ve already heard on Diuna’s debut. Twice throughout the track the guitar manages to break free from the drum grip and the faded bass lines in the form of a spontaneous solo. These moments and Kostek’s choice of words are, however, the two things I found appealing here. Following comes “Przeszło”, an ambient interlude slowing it all down and making space for a bit of reflection. Striking some darker notes, this piece sounds as if something evil was just about to come and find you when it eventually passed by and left you alone…

Half album down and we arrive at my second favorite song, aptly titled “Frank Herbert”. Why aptly? As the band’s name, as you might have already realized, is a Polish translation of Frank’s most profound work, The Dune. How deep the inspiration runs, only the guys know, but I love the reference and that as a listener I am left with free will to interpret all what Diuna shoves down my ears. The track is dynamic, kicks off with a confused outcry and relentlessly flies far and wide into the desert. The pitch of vocals here switches from high to low, from angry screams to hazy mumbling. Drums, guitar and bass all merge into one giant sonic sandworm that seems only to listen to one mysterious voice. I could only wish that this dynamism was maintained until the end as the last minute saw a change of tempo which to my mind, fits somewhat weirdly. Though it might just be a temporary impression.

Yet another interlude to calm things down, this time resembling an unsettling RPG game soundtrack of sorts. Maybe not? Well whatever “Milczenie Niewolników” is, it got some acoustic guitar strokes, tribal-like drumming and synths. Because why not. Then we got track number 8 titled “Duch” which throughout its whole length maintains the same spirit with a rather unoriginal underlying riff and staying within the safe haven of the band’s sonic spectrum. One thing to notice though is the exposed bass line that surfaces in the beginning and its sweet bellow. I’m hungry for more.

As if the album read my mind, there came more bass! “Kochaj I Tańcz Póki Dozwolone” opens up with some fat bass lines later joined by gentle yet mysterious guitar and some ambient electronic treats tickling the back of our ears. The longest and perhaps also the most atmospheric of all instrumental-only pieces Golem has to offer. Next comes “Lion’s Coś”, another track that kicks off with well-articulated bass work only to later enfold into a stoner-driven tribute to… Julius Caesar?! I’m honestly not sure but judging from the lyrics and the hilarious video clip that dropped earlier in August, it might be the case. All in all, this is by far the most complete and captivating songs of the album. Riffs and solos are spot-on, balance between the fast and the slow is well maintained and all instruments seem to be in symbiosis, including the vocals of course.

The last part of the album closes down with two tracks, one being a trash-influenced interlude backed with a distorted voice of a narrator from a FPS game of some kind, and the other being the second-longest song titled “Pan Jezus Idzie Do Wojska” (translating to: Jesus Joins The Army). Opening hard and loud, the 12th track wants to remind you that the energy went nowhere, and that you can never let your guard down. As in “Lion’s Coś”, Diuna here plays with the tempo but effectively slows down towards the end where amidst unsettling noises and background whispers slowly departs into silence. A smooth way to end a record and perhaps an even smoother way to end a gig…

It was an extensive review but only because I felt there were some nuances here worth mentioning that rarely appear in albums coming from the ‘stoner’ scene. While Golem can still be classified as an album bred by this environment, one can surely notice the various treats and timid ideas that Diuna tried to weave in here not to fall into a generic vicious circle.  Golem is by no means a perfect album, riffs could in general be more diverse, bass could surely be brought to the forefront more often or the interludes could perhaps be slightly more aligned with each other. But comparing to the overall appeal, these are minor things. The primal energy these guys forged into their instruments is so raw and punchy that it just bursts through the speakers right to my mind and soul. However, the rich vocal tones of Kostek and his ambiguous lyrical poetry is what truly brings this record to a level I didn’t expect Diuna to achieve anytime soon…

Play it at a party as only then you can be sure you’ll never be bothered by society again.