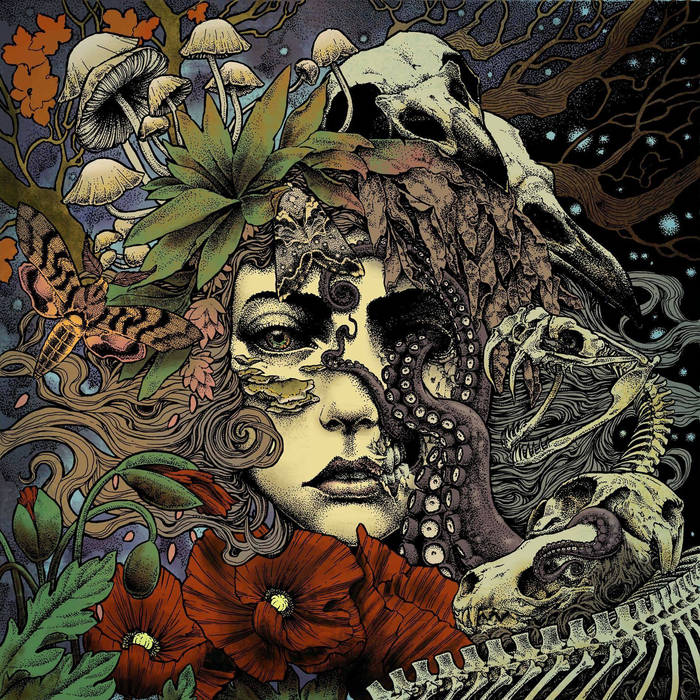 Prepare to get frightened by this evil piece of Doom !

Please welcome a new contributor in the team, Roman alias Mr. Sonic Boom from Germany. He’s also a producer and the drummer in the stoner/sludge duo “Choke The Palm Tree”, check them out!

Dorre from Leuven (Belgium) was formed a few years ago as a continuation of the guitarist’s previous band Pektop. Starting without any great plans they were rehearsing and randomly playing shows. As it started to get bigger they set up more and more shows first around Leuven and later on going further and further sharing the stage with some great bands. After their garage recording “Two Crawled Up the Mountain” near the end of 2015 and their first official release “One Collapsed at the Altar” in January 2016 they now release a split with Bethmoora, a sludgy 5-armed doom monster from Copenhagen (Denmark). Their first two chapters “Witches” and “Ousted” resulted in a self-produced demo “Demo 2016” which has been well received in the sludge and doom scene.

The three-track 12” vinyl split consists of two Dorre tracks and one Bethmoora track.

Let’s start with Dorre: Imagine you’re sneaking inside a light forest, looking around and get a deceptive feeling of comfort. As you proceed and wear on, things are getting darker and darker, grim and threatening faces reveal. The obscureness captures your imagination again and again and you can hardly escape it.

The music itself is characterized by slow but very driving parts, the warm fuzzy but wide spread guitars are hugging you, no wait, they want to choke your body. The drums are HUGE. And when I say HUGE, I don’t just mean they sound full and badass, I mean the drumshells sound threefold the normal size. While I’m talking to you as a drummer and producer, I really dig that drum sound. They are indeed very present so the guitars and bass are very slightly pushed backward. Not a big deal if you ask me but those big shells are master and everything else is slave. And this is exactly what’s giving the vibes an extra drive.

You’re hardly going to find guitar solos here, but when they come they’re emerging out of the thick forest and provide a short lasting extra bloom to the frightening story the instruments tell.

I love progressive spice – especially when we talk about instrumental music – and I’m very glad that Dorre do not disappoint me. Furthermore, they pep up the sombrous rut with virtuoso, almost jazzy nuances which are really satisfying my needs. Right down the line, Dorre evolved from a dim and grim garage combo to a cunning massive creature which can’t and shouldn’t be hidden anymore.

Bethmoora’s part of this split named “Succumb” is a 17-minute deep black sludge/doom attack to your intestines. Starting with a heavy and threatening drum intro, light guitar sounds fade in and hug your ear channels. Things building up more and more, I’m really getting excited what’s coming next and then suddenly – the evilest demon you have ever “seen” reveals and hits you in the face for being too naïve feeling homely in the previous atmosphere. This is pure post-apocalypse, you’re not welcome anymore. Trotting drums, guitars and disturbing, scream growling vocals proceed as they tell you it’s not the planet you’re used to anymore.

The last part of the song is a cold and clean guitar outro which lets you know everything’s burned down and there’s certainly no hope for peace any longer.

Not knowing that before I wrote this review, I learned that the lyrics of Bethmoora’s tracks revolve around a common theme – a mythos that singer Anders has created. Deities, entities, occult rituals and eternal strife are all key ingredients of this vast, ever expanding, imaginary dark world.

Bethmoora has a true overwhelming sense of inducing your deepest fears of what’s to come if dark and forbidding creatures take over control of everything.

Both parts of this split are well produced, very forceful and convincing, so it might not surprise you that both are indeed recorded in two different locations but mixed and mastered by the same studio and mastering engineer. They all did a great job and put the sound where it needed to be.

Certainly not alone at night in the forest – high risk of anxiety states. Invite two good friends, get yourself a good whiskey in a dim room and get doomed in your guts.

Both cover arts are made by the same fabulous artist, Diaz Iñigo from the Philippines, who may be known to some of you having dealt with the matter.

Kult Of The Wizard – The White Wizard Review