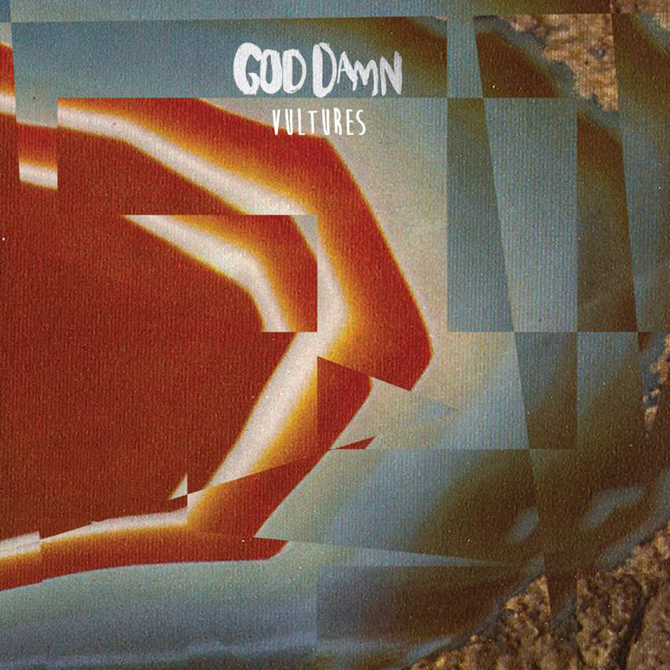 Ever wondered what Kurt Cobain would have done if he stayed off the heroin and just stuck to pot? This young British band is the answer. They play an incredible mix of grunge and stoner, and God Damn, you’ll learn that that’s a very good combination.

They just released their debut Vultures last year, but a newly released single hints that their second album is on the way.

When you start listening to their extensive 13 song debut album Vultures, you’ll enter a rollercoaster of thrilling guitar riffs and percussion, you won’t be able to leave until you sat through the entire thing. From soft and delicate acoustic parts, to lung-shredding vocals and neck breaking riffs. Heavy drums complete the whole experience and make it impossible to sit still while listening to this band, and when you learn these guys are able to put out so much noise, despite being a duo with just guitar and drums, you’re hooked.

Vultures starts off short and heavy with the song ‘When the Wind Blows’ and it definitely sets the vibe for the rest of the album. Thom Edwards’s lung-shredding vocals are immediately introduced and Ash Weaver’s tight drums start the record in a very proper way.

The album continues to follow the Grunge influenced vocals and percussion, combined with low, fuzzy power chords and stoner influenced riffs blasting through your room. In particular, Maladie Melodie fits this description very well. The song keeps switching between breaks and heavy riffs, allowing you to drop your head towards the ground, a couple of times. Like the titel suggests, We Don’t Like You contributes to the critical lyrical themes of the album as we’ve heared in the previous tracks, and will continue to hear through the rest of the album.

On the second half of the album, we find the title track of the album. And damn, this track has all the right to be the title track of the album. It switches between a catchy clean melody and an incredibly loud and heavy guitar riff. If you’re still just sitting in your chair and haven’t started a solo mosh pit yet, go see a doctor. The song continues to switch between the catchy clean melody and heavy riffs, which allows you to break your neck a couple of times.

After some trippy guitar effects, alternating with heavy grunge like shrieks in Deadpan Riot, we find time to regain some breath in the acoustic and fragile intro of Skeletons. But, just when you’ve considered skipping to the next song, you’ll be glad you’ve waited. A sudden drum roll enters the song at around 2 minutes in, and gives you a heads up, to prepare for something that could be most effectively be described as a beat drop. Distortion enters and almost doom like riffs enter the scene. The 9 minute song switches back to acoustic a few times, just to give you the pleasure of smashing you head into your desk a couple of times again. If I had to pick a favorite song, I’d go for this one without a doubt.

In a dazzled state with some neck pains, you reach the end of the rollercoaster with a soft and intimate song called, Sullen Fun. It gives you some time to recover from the disorientating heaviness you’ve experienced, but when the album comes to an end, you’ll definitely want to ride it again.

When you just want to release some steam and energy when being surrounded by people you don’t like.