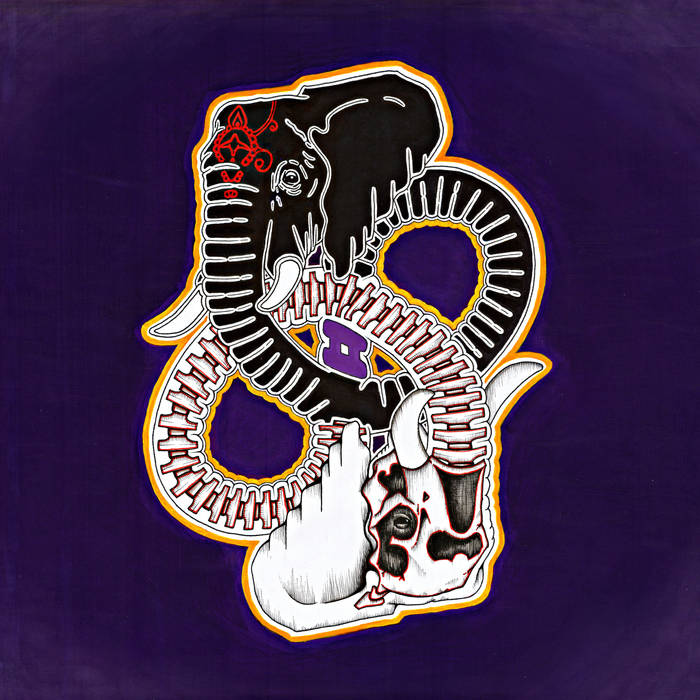 Over The Hills and Far Away...

Hey people of the earth, can’t say much while our planet is shaking from all over sides, so I’ll try to let the music speaks for itself once more. It’s been quite hard to come up with a wonderful band for me to share to you those days, not that there’s none, but I had the will to see other horizons, search new ways of letting the music guiding me through my journey, our journey. Standards don’t often change, a kickass riff will always be a kickass riff. But as psychedelic music, stoner rock, heavy psychedelic or whatever you call it is getting more and more interests, it is getting naturally harder for bands to sound and be unique and truly singular. And that is what makes the game worth playing right?

So I’m very pleased to present you today’s special :
HUMINOITA

While I was browsing on some live footage of Domovoyd’s performance at a local festival which looks amazingly good, (Uleåborg Festival Of Psychedelia) I ran into this band, I’m a simple man, I dug the artwork, I gave it a try. And what I discovered was something simply beautiful. The first melody directly hit me, it’s like a fast pass for a highly-frequented roller coaster, I was instantly on board. It first reminded me of Liquid Visions, I heard some quick similarities, but it was just here to comfort me, it was like saying to me “Welcome on board, you’re on the right plane, but we’re gonna make an extra detour this time.”. A comfortable and exciting feeling. HUMINOITA has this incredible capacity to explore new paths in a forest we thought we already know. The great chemistry that link the musicians together is here to initiate you to a whole new experience.

Don’t worry my friends, they will take you to the top of the mountain faster than you think! Solos are flying, what a great first song they got! Feels like we could fly through cotton clouds, it is so refreshing and liberating. I love how the sax gets along with everything, its combination with their very soft and laid back drum beats is perfect, so you can’t sometimes hear the difference between vocals and the sax. I’ve been waiting a long time for that. This also reminds me the epic songs from Causa Sui, but there’s something different about them and I think I quickly captured that right after their second songs.
HUMINOITA got this compact and powerful alchemy that make them so tight together and show in its purest form their messages they want to send through their music. I got back to All Them Witches early beats and grooves but in a much more aerial form. They will softly take you higher and higher.

As a five piece band, HUMINOITA managed to generate a very large panel of atmospheres. I strongly believe there’s a very strong dialogue between keyboards, sax and vocals. Vocals which are mostly here to carry out the melody will gently caress your ears. I always loved when bands are putting a jazzy feeling into their songs, nevertheless the song can be a very loud and heavy track, it won’t change the way you feel the groove. I felt Papir’s drum beats influence here and there, making you bounce and groove nice and slowly…

HUMINOITA got something that I thought I will never feel anywhere than listening to Jeff Buckley’s songs. Their song called “The Pilgrim” instantly hit me right in the spot, I felt it like a great homage to “Mojo Pin”. Goosebumps appeared, this is some heavy shit. HUMINOITA managed to recreate this mellow vibe that is so touchy and excessively sensitive. What a great song, they hit you right a the spot so fast and take you for the ride of your life, it feels like they could jam for hours on that song! Each instrument is taking the leads one after another to take you a step further at every new solo, this is pure epicness.

In a 6-tracks album, HUMINOITA will, I’m sure, convince you to go and visit Finland! While listening to “King of Hearts” I closed my eyes and easily pictured myself flying above their endless hilly landscape, their mountain forest as I liked to call them when I first saw them near the Vesijärvi (Finnish lake), for me their music is an honest and true expression of what you could have, seating in a boat, drinking a “Karhu” (Finnish beer) while contemplating the crack of the sun at dawn. Their sound is welcoming, as warm as the first ray of the sun on a cold morning, it’s embracing like your mom’s hugs, and as epic as throwing a piece of rubbish in a distant trash, first try, in front of all your colleagues.

My only and unique regret would be the absence of lead vocals, as the vocals have the same function as a backing one, I sometimes missed a (girl’s?) voice within their songs, like Sleepy Sun did a few albums back. There is time and space for it, and this, for my part, could add a layer of pure sensibility that could finish running through my soul.

Have a safe trip.