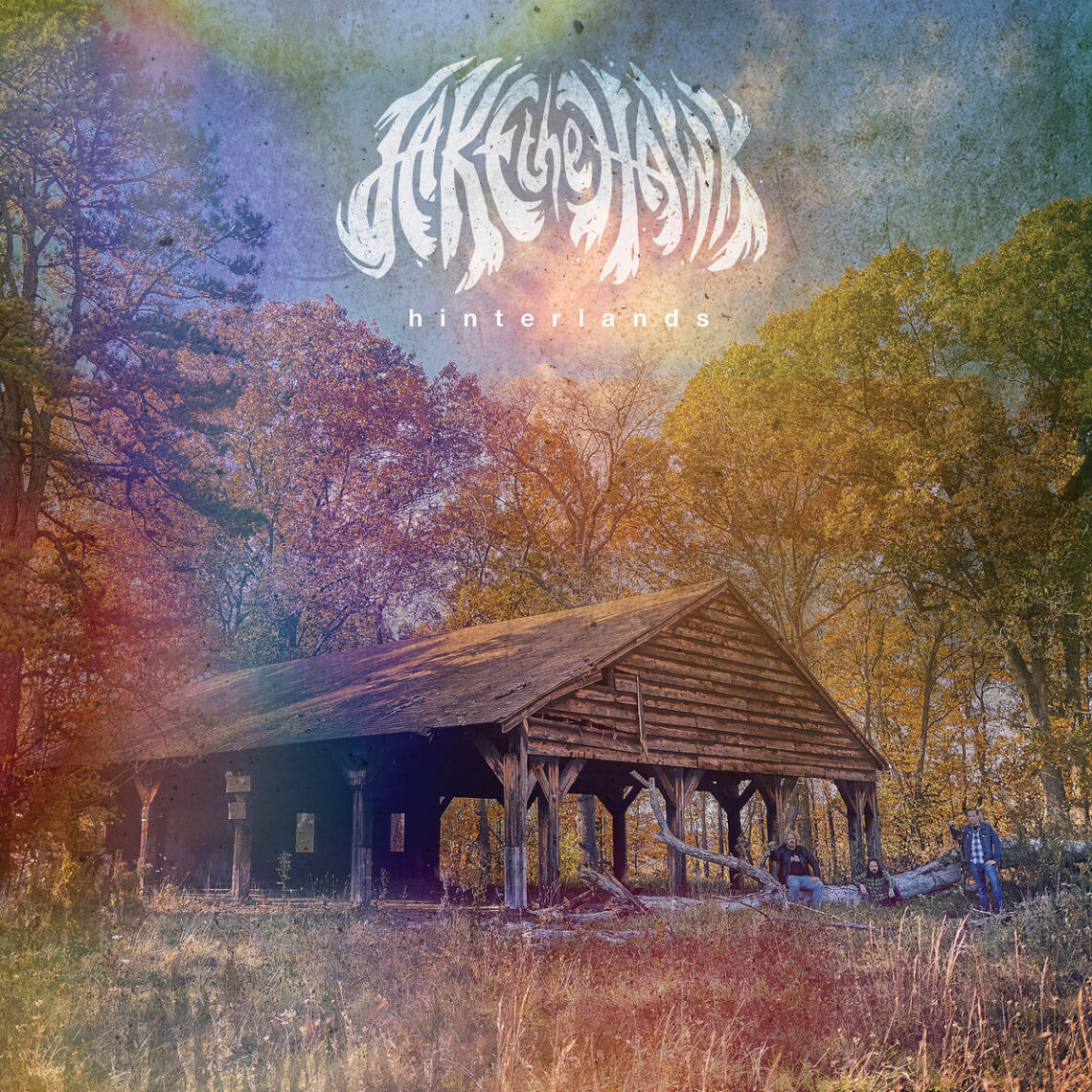 Are you ready for a ride through the Appalachian Mountains?

Welcome back for my first review of 2021, so let’s dive right into it! 🙂
These dudes in JakeTheHawk hails from Pittsburgh, USA and here we got their 3rd album called Hinterlands.
Prior to it and way back in 2018 they released To Build a Fire, an album which I haven’t heard yet so all I can do is guess that they’ve used the time since to sharpen their sound and tweak the songs towards perfection.

So time to find the hunting grounds for the ‘hawk!

We’re treated with heavy riffs right away on Counting and it got a nice fuzzy foundation and bass lines you can groove along with.
Shoegazey riffs on top and catchy lyrics which then create a very good yet poignant song.
Here the guitars take a melodic approach with psych-rock influences and smooth vocals and they together get their sound to reach an atmosphere where you can sit down and let your mind fly high.

With only 6 tracks lasting around 5.30 to close to 7 minutes they have no time to spare to draw us in.
And Ochre and Umber does so with acoustic passages and stoner rock riffage.
One of my favorite parts is at the 2:30 mark when the drum & bass grooves along with the light guitar picking before it erupts into a fantastic guitar solo.
It then finishes strong for the rest of the track and here you can really take your time to listen closely to how great the mix is, everyone shines and I got zero complaints, not even an overly loud Hi-hat.

Interzone Mantra follows and goes in a more doomy fashion, a good choice to change things up a little.
It got a decent main riff throughout the whole track but everything that happens around it is what makes this into such a great one.
The creepy build-up which the main riff takes hold of and the vocals leading up to the 3-minute mark.
The bluesy break following it and later 5 minutes in a short but potent guitar solo.
JakeTheHawk never drags out these moments which make each one so much more special.

If there’s one song here though which doesn’t vibe as much with me then it’s Still Life.
I think it’s because I feel a bit more of a straightforward and indie rock vibe to it.
Overall it has less variation and not until the last few minutes the fuzz is back in full presence.
I can accept that though when the end flows straight into the amazing Uncanny Valley!
This one brings the desert rock vibe back and we get short guitar flashes of Yawning Man’s Live At Giant Rock, bursts of prog(ish) time changes, and it straight-up rocks your socks off at the end.
And in moments like these and the opening track, they show their talent in full force.

Last but not least is June and the funny thing to me is the melodies in the vocal department which have something that makes me think of Billie Joe in Green Day and even if I haven’t heard much more than a few MTV hits of em’, that’s where my mind takes me.

Instrumentally though JakeTheHawk has not gone into a punk rock sound.
The fuzz is still here and maybe we landed in some kind of middle ground between Still Life and the rest of the record but here it does work for me.

The final thing I will say which you can tell already is that this isn’t a flawless record for me.
BUT the guys sure have a neck for songwriting and great musicianship and I very much look forward to what they will achieve in the future. 🙂
Until then I will go check out their earlier albums as well. Peace!

Deathbell – With The Beyond Review