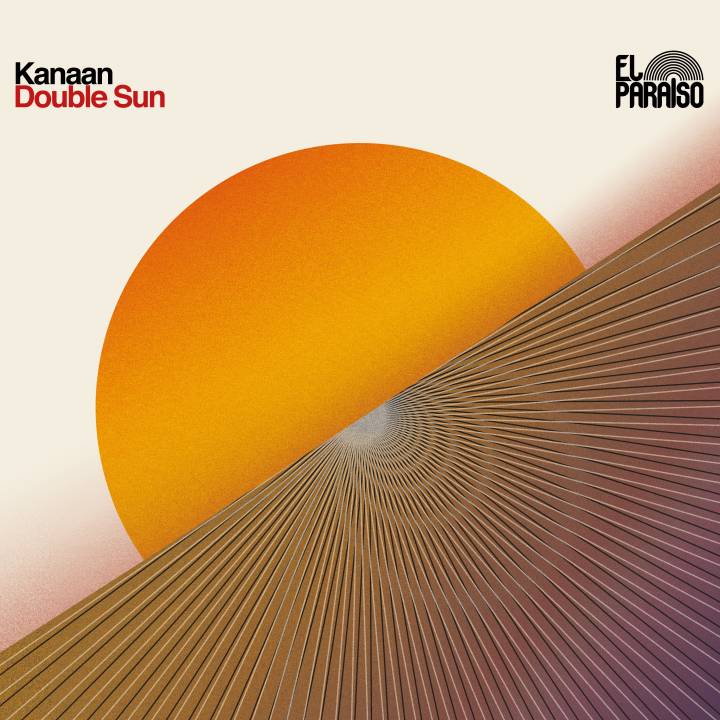 Norway's new instrumental prodigies confirm their genius with another masterpiece

Hey Fuzzers!
Like for the surprising “Oddense Sessions”, with Jonas Munk (Causa Sui), released in February, I’ve been thinking about writing about this one for quite some time, and it definitely wasn’t an easy task.
Their amazing music is so rich that it made me feel unworthy of the task, but I couldn’t stand their absence from More Fuzz any longer, it’s already a scandal that I didn’t do it for the aforementioned “Oddense Sessions”, so here we go.

I fell in love with Kanaan on first listen, when their debut was released on El Paraiso Records in late 2018, and then again when I saw them in Hamburg last year, and I actually fall in love again every time I can get my ears on one of their releases.
“Double Sun” was released on El Paraiso Records on April 24th, and it’s been spinning almost every day since.
It definitely is a worthy successor to their debut, and encompasses pretty well all the diversity and mastership these three young Norwegians already have in store.

The album starts smoothly with a 2min song, which functions as an intro for them. It still gives the band enough room to directly set the atmosphere into the Pink Floyd galaxy, but with some Tame Impala vibes that makes it stunningly natural and comfortable.

Though this is just an appetizer, they take their time to unravel the gloriously wide spectrum of their possibilities over the whole album. Despite being really familiar with the record by now, I’m still amazed every time, by the sheer amount of beauty of the sound and the overall perfection that just spreads from those great tunes.

I often get the feeling that this album is a big jam session from all my favorite bands, two of which I’ve already mentioned. You’ll soon feel the connection to their compatriots and forefathers, the almighty Motorpsycho, in the way they develop their songs, building progressively towards brilliant epicness, while taking some time for detours to make the journey more interesting. All the spacey sounds and crazy jamming feeling, as well as the jazzy vibes remind me of the far-out Oresund Space Collective. I can’t help but to think of the amazing Frozen Planet… 1969 also, with this jam approach, but also the tone, the way they play with the tempo, if my phone was on random, I would probably mistake “Worlds Apart” for one of theirs.

It’s really astonishing how much they can express, and how easy it seems for them to just turn an atmosphere that’s been developing for a few minutes naturally into the next brilliant idea. “Double Sun”, both parts, shows this without any doubt, kind of summarizing what I just said into one song, which takes off as an OSC song, before melting it with some heavy riff closer to Mother Engine. Calming down for the cut between the two parts, they kind of take back from where they were with a krautrock twist evoking the Papermoon Sessions, then drive it crazy ala Motorpsycho to climax, ending the album properly.

Kanaan’s music is so complex and yet so natural, experimental yet easy listening, jazzy yet heavy, calm yet crazy, epic yet chill…
Even after reading what I said here, you’re still not ready for what you’re about to experience, there’s just no way to put enough words to come even close to how amazing this is.
You can just hit play, sit back, and behold all the wonders that are gonna fill your ears for the next 40min.