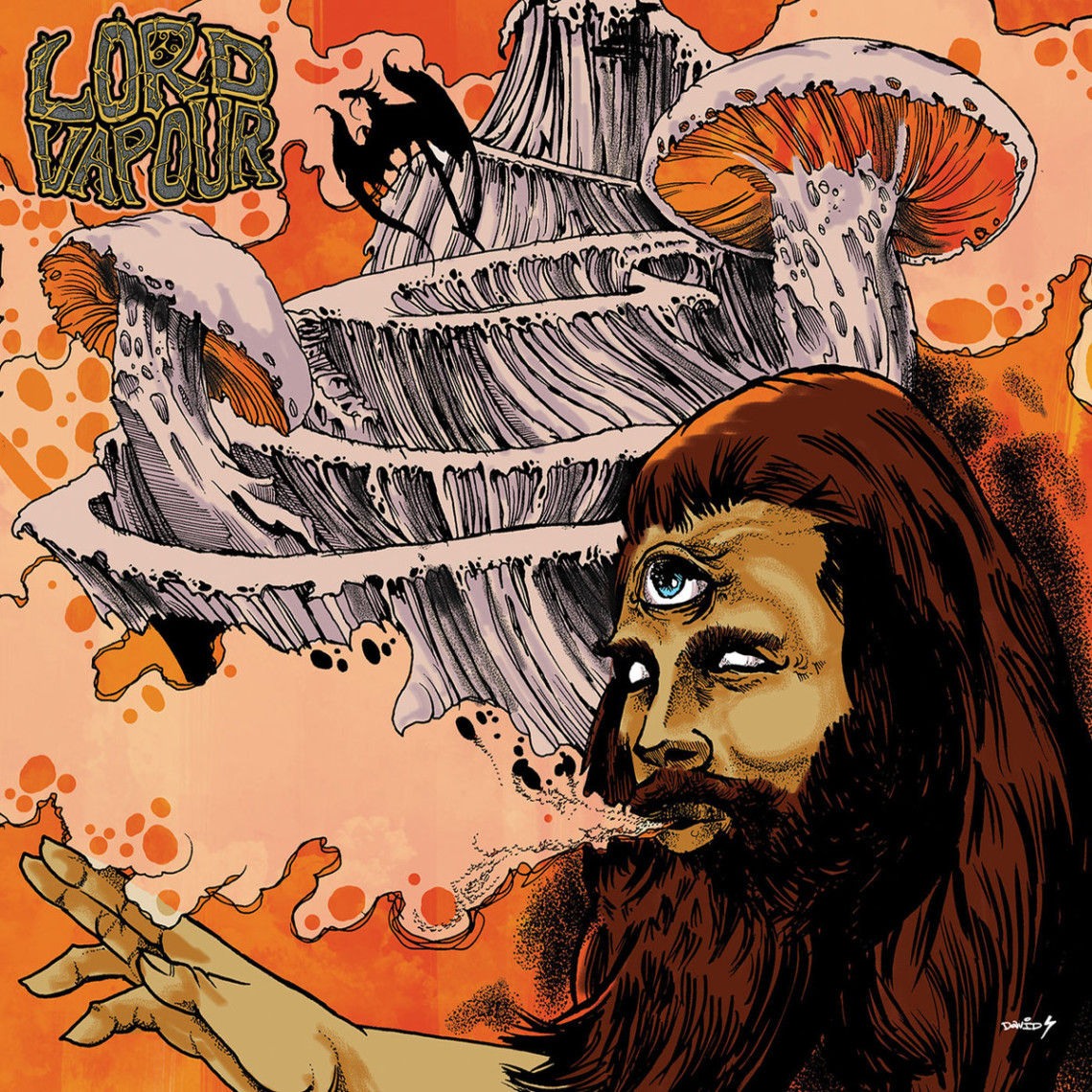 Prepare for a Jam of Stonerized Rock and Roll and Green Haze!

Lord Vapour is a power trio from Guernsey, Channel Islands (UK) formed in 2014 by Joe Le Long (bass and vocals), Henry Fears (guitars and backing vocals) and Chriss Mariess (drums). They released their debut album “Mill Street Blues” a couple of months ago and I can tell you it’s pretty fantastic. The album is a well-balanced mix of 70’s Hard Rock, Heavy Blues, Stoner Rock, Heavy Psych, Desert Rock and Doom Metal elements and it shows that the trio is a tight unit and has an amazing musicianship.

If you’ve read some of my previous comments, you know I appreciate the cover of any record that reaches my hands. With Lord Vapour’s album, you’ll have a beautiful work by one of the most talented artists of the scene: David Paul Seymour!

In “Psychedelic Trousers” we have a fantastic song to open the album. Here the foot is placed firmly on the fuzz pedals, creating an atmosphere closer to the early Stoner bands of the 70’s. For “Knowledge Through Colour” and “Island Man” the band stays in the 70’s aesthetic but this time looking into Hard Rock and Doom’s territory, with a bluesy and psychedelic vibe which reminds me of Led Zeppelin, Bedemon, Pentagram and Black Sabbath.

With “Cosmic Skies” the trio continues to deliver high levels of fuzz in the form of a solid Heavy Blues piece. For “Sugar Tits” (amazing song title!) the band accelerates the tempo and plays an enjoyable rock and roll song created to have a good time with your friends.

The second half of the album starts with “Crossroads”, don’t know if the title is a reference to Robert Johnson’s classic?, but I can tell you they know how to deliver the Blues on this one. In this one, the drummer creates a solid base so the other musicians can demonstrate their skills, especially for Henry Fears who delivers some very good guitar solos.  Then it’s the time for “Misty Meadows” a slow song with high levels of fuzziness which happens to create a gritty atmosphere. In the end, you have a stonerized blues piece that could be the perfect soundtrack for a party at your local desert.

For “Futu Rock” the trio doesn’t incorporate any lyrics, instead they play a magnificent 9 minutes jam full of Heavy Blues references.  The album closes with “Bong Song”, another Heavy Blues song with a desert vibe in which Henry Fears highlights again with an incredible guitar solo.

With “Mill Street Blues” I can assure you Lord Vapour has delivered one of the best albums of 2016, an excellent debut for a band who has a promising future.

Expect a future double vinyl release thru No Slip Records in the next months.