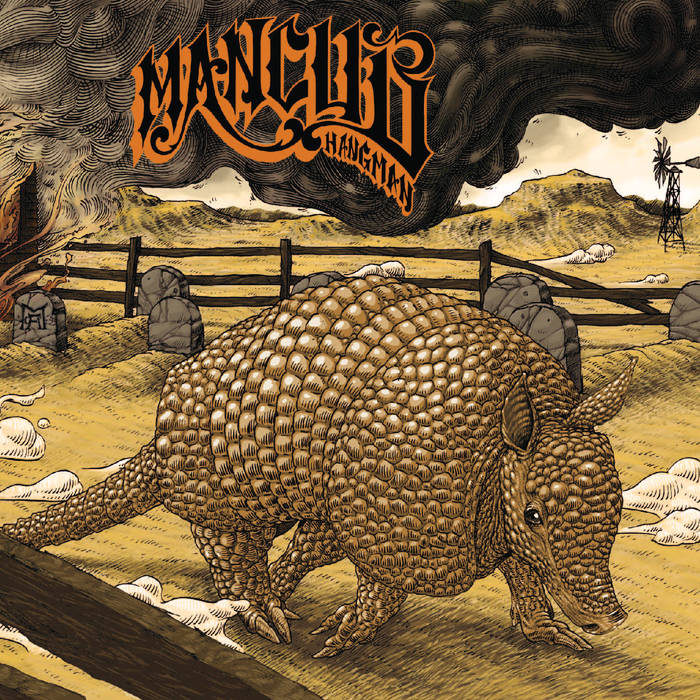 Packs Quite a Punch, But Not Down For The Count !

From the get-go, MANcub’s debut album “Hangman” was nothing but an unrelenting assault, with its chugging, grimy guitar riffs spat out like a machine gun locked on full automatic. Songs like “Young Gun” and “Black Raven” are evident of the fact that MANcub have captured the essence of good ol’ hard rock – they’re hard, fast yet melodically catchy at the same time, leaving you bobbing your head. Thus, it wasn’t hard to draw similarities between other stoner rock giants known for their high-octane, pummeling riffs and catchy hooks like Fu Manchu and Dozer.

Instrumentally, it’s clear that these guys are incredibly talented and have ably showcased their talents throughout the album; from a very sweet bluesy/classic rock-esque guitar solo found on the song “Black Raven“, to the fluid, groovy basslines found throughout the album.

On the whole, it’s pretty decent for a debut album. It’s not mindblowing or anything but perhaps what is frustrating is that there are little flashes throughout the album that hint of the band’s potential and that Hangman could have been much better. Despite packing quite a punch, it still lacks that ‘knockout blow’ to make it stand out from the other great albums released this year.

As mentioned above, this album packs quite a punch. It hits fast, and it hits hard.  Definitely not for those sofa-chilling moments. I’d recommend it for the morning journey to work though. It goes very well with coffee.