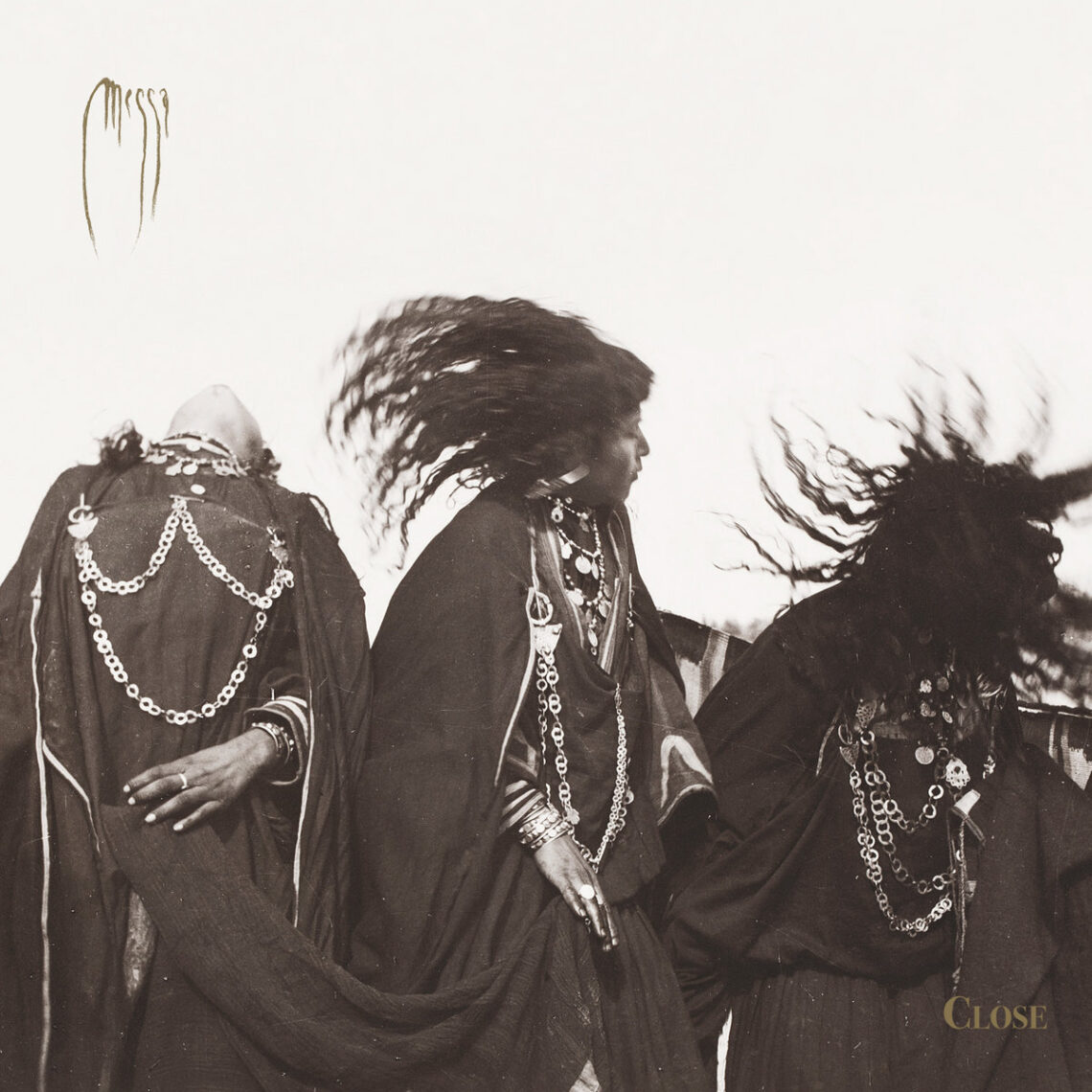 I discovered Messa in 2016 with their first album Belfry. It was a rather classic but catchy bluesy doom album, already sublimated by Sara Bianchin’s soulful singing. Their second LP, Feast of Water, displayed some enjoyable metal-jazz inspirations and I thought: “these Italian doomers really have some crazy resources !”

Well, Messa was back last month with their third LP entitled Close, and, once again, they moved on nicely. Close seems to be born in a sacred Mediterranean musical cradle, raised along the roads of the ancient East, and fed with countless heavy influences!

Close begins with the great “Suspended” opener. The organ sets a bleak atmosphere, preparing the entrance of the high priestess Sara Bianchin and her mesmerizing voice. Then the music breaks into a slow and jazzy composition that reminds us of Messa’s second album. The second one “Black Horse” is a higher-paced track. This steppe-riding-like music sounds like Sunnata’s last album Burning in Heaven, Melting on Earth. The tremolo picking adds some rightly felt tzigane music influences.

The third track “Orphalese” and its sax intro bring us directly on the roads of the ancient East. To be honest, this track is full of musical instruments I do not know about but the mystical vibe they crafted is enchanting. Certainly not the most doomy music here, but maybe the most original. After “Orphalese” comes “Rubledo”, with a more aggressive guitar. The composition certainly has something from Led Zeppelin before dropping into a massive middle section.

The first interlude “Hollow” and its oud melody make room for “Pilgrim” and its first section that seems to be recorded right from the court of the Byzantine emperor. The music transports you so far away that you won’t see the next crushing riff coming. There’s definitely something from Om in it, and this is not the least of the compliments I can make to a doom band.

We stay on the Mediterranean shores with  “0=2” and its folkish approach. Messa knows the recipe and the music progressively dives into some modern psych doom with a cutting break in the middle. Following track “If You Want To Be Taken” does not sound like the most original to me but its Windhand-like vibe still works efficiently. Then comes the black-metal interlude “Leffotrak”, before the closing “Serving Him”, another catchy track that concludes the album with a nice guitar solo.

Even if I felt that the last part of the album could have been shortened a little – the three last tracks do not sound the most original to me –  Close is a super innovative and consistent album. With such an outstanding vocal section, catchy riffs, and technical mastery, Messa could just stick with what they have already done and this would make them a fine doom band. It is basically what half of doom bands hitting charts do. But Messa never falls into ease. And we thank them for that.

During your next trip heading East or while preparing it.

According to Messa’s Bandcamp page, the Italian Quatuor used 12 different types of musical instruments to record Close, including traditional ones, such as an oud or a dulcimer. Musical masters.