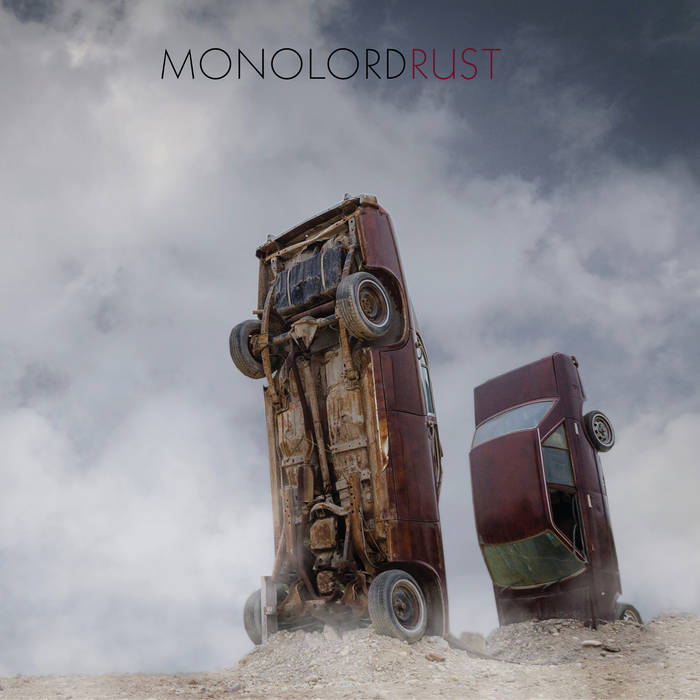 Swedish doomsters Monolord from Gothenburg, formed in 2013, released their newest album RUST on 29th September 2017 via Riding Easy Records. In those short years they brought three albums and an EP to the altar of doom : Their debut Empress Rising in 2014, pure fuzzy epicness! In their follow up album Vænir (2015) and their EP Lord of Suffering / Die in Haze (2016) Monolord already introduced more psychedelic elements into their bassline and riff-laden soundscape, while the vocals of Thomas got clearer. Let’s discover where they went with RUST…

RUST is built upon the solid foundation of their previous albums. The album consists of six songs and is an amazing 55 minutes long mélange of sinister doom, sludge and psychedelicness, spiced up by a dose of funeral doom.

Monolord invites the listener onto a journey into melancholy and despair culminating into the last two songs, “Forgotten Lands” and “At Niceae”, which make up half of the playtime. After that, you can easily transcend into space or another dimension.

My favourite songs are the instrumental “Wormland”, which drowned me in melancholy and when the violin set in, ripped my heart out and “Forgotten Lands”. The latter starts as a homage to Windhand, probably a reminiscence to Monolord’s earlier tour with them, but soon transforms into Monolord’s unique soundscape and transcends into a psychedelic, spacey jam session.

In my opinion, this is Monolord’s most accessible and most diverse album. I can heartily recommend this album to any Doom Metal fan and it will certainly be included in my top albums of 2017. And after seeing them live a couple of times over the last weeks, I can assure you, the new songs work on stage, too! 🙂

Interesting side fact: RUST was engineered by drummer Esben Willems in his Berserk Audio studio.

RUST is an expertly produced, very accessible and diverse doom metal album. It can be the perfect entry drug into the realm of doom, sludge and stoner metal.

Everywhere. Anytime. By the way, Monolord is a perfect fit for keeping motivated while cycling along the coast in this year’s Swedish summer. 😉

Something Particular to Note?

A striking detail of the new album is the cover artwork, devoid of occult theming, it depicts two rusty cars stuck, head into the earth, reminding one of obelisks rising high into the sky. One of the best cover artworks I have seen this year.

And if you ever have the chance to get to one of Monolord’s gigs, do it! You will be in for a real treat!