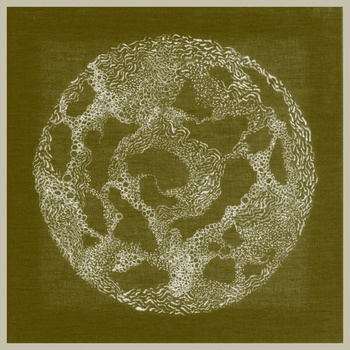 Warm Dawn upon your Heavy Blanket...

Hello my dear friend ! I hope you’re feeling great on this great day !

It is now an honor for me to introduce you the band that illuminated my previous nights, took me to morpheus’ arms more than one time ! Let me introduce you Mt. Mountain !

This five piece band from Perth, Australia got something to say ! I first discovered this band through a “Live at The Garage” video I found on YouTube ! (You should check it out, it’s a nice YouTube channel). Drummers who are lead singers have always caught my attention and this one in particular, he got his very own style of playing, pretty nice to watch ! But as of now, it looks like he became the lead singer, adding a drummer to their line up !

Like Yawming Man and Brightblack Morning Light before, Mt. Mountain are really digging a true atmosphere in their songs. With a smooth reverb in their voices, a soft and sweet melody carried by guitar part who mastered the art of knowing where to put silence within a guitar riff, they managed to give you songs that will elevate you far far above the clouds !

“OMED“, their very first album is a true, maybe even too short, masterpiece ! I just love the song called “White Horses“, it got this small “orientalish” influence in the guitar intro that immediately send you to their universe, this is how you will begin your melancholic journey ! I deeply feel a little bit of sadness in it, but it looks like they are all taking on it. I like honest feeling, I hope you fellas are starting to understand it. This song then evolves into an epic guitar solo part that will bring you higher than you already were ! How the singer places his voice really reminds me of good old Asteroid, which is a very nice thing, considering that Asteroid are, to my eyes, one of the best stoner bands concerning voices placements !

After this album, they released an EP and a 7″ that I strongly recommend ! It sounds like the guitar player is taking more and more confidence in his playing, he is more present, he now knows where he is going, and what he wants to create. The duo guitar/vocal is working really good, in songs like “Tomorrow” (in their EP), as the Lizard King said, the bottleneck is the real shit, but they added even more with an harmonica ! Really beautiful. In their songs, “guitar solos” are not here to show lead guitarist skills but to give something new to the songs, to get along with the voice, to add another layer of epicness, to give another side to the main feeling they want to show you. It’s right there, while listening to their newer materials that I really dig their Causa Sui’s influence.

This is a band to listen to while driving to nowhere, while running under the rain for no reason, while making sweet sweet love in the dark, while climbing on top of your mountain ! Everybody should have their own mountain to climb on. The video clip they made for the song called “Chantry” (watch here) perfectly illustrates this feeling !

Mt. Mountain is a great band, with a strong and true vision of what they want to do. They got great songs, great visual communication, everything is here for you to love them ! So now if I may suggest you, click the play button, switch off your bed lights, watch through your window that you, once again, forgot to completely shut and let the music hits you !