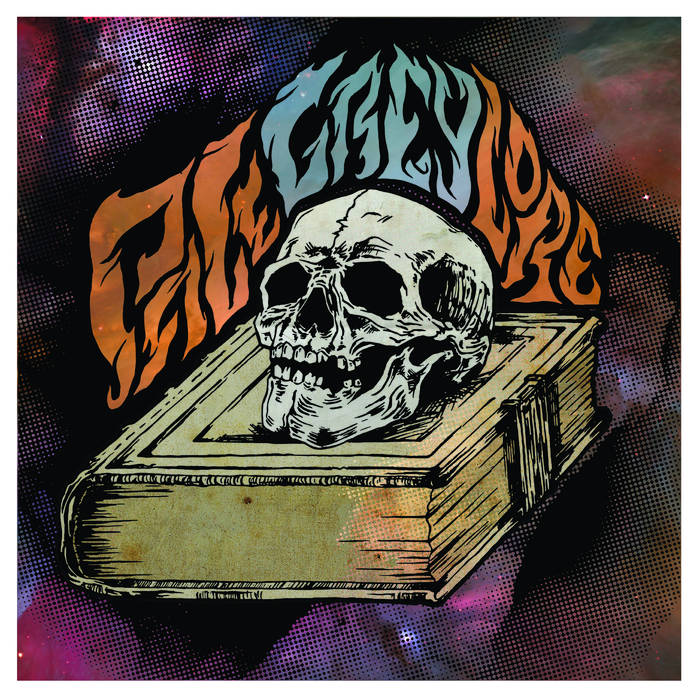 I fought the Lore and the Lore won!

Pale Grey Lore are a Heavy Rock trio from Columbus, Ohio and their self-titled debut album was released on 18th June 2016.

Michael Miller (Guitar, Vocals & Theremin), Donovan Johnson (Bass) and Adam Miller (Drums) combine to produce an album that encompasses a variety of rock genres, the nuances of which all add up to a debut record of great depth and quality.

‘The Conjuration’ kicks things off with an eerie intro punctuated by a fiendishly heavy groove. The very descriptive lyrics call upon an imprisoned soul to throw off their chains and rise up from the depths to freedom. Whether literal or metaphorical the words invoke a powerful mental image.

‘Life in the Hive’ is a fast paced existence with heavy psych guitar swarming around a pulsating rhythm section. A change of pace brings us to ‘Black Sun Rise’ with its slow, hazy opening riff and doom-laden lyrics positively oozing Black Sabbath influences.

‘Spiders’ continues the dark and moody vibe, the mesmerizing groove pacifying you in a moment of fear.

‘She Radiates’ has a trippy space rock feel to it, the theremin playing and adulating vocals from Michael remind me of early Tame Impala and take the song to another astral plane.

‘Ruins’ marches into your ear drums and fills your head with the images of war and destruction. The groovy bass hooks in ‘Woe Betide Us’ are superb, as is the fuzzy guitar solo that finishes yet another track that will get your head nodding along.

Both ‘Tell The Masters’ and ‘Grave Future’ paint a picture of apocalyptic devastation; is it of a fantasy world or a stark interpretation and social commentary of our own planet? Contrary to the foreboding lyrics ‘Tell The Masters’ in particular has an upbeat tempo and both songs imply to me that we should enjoy the ride whilst we can.

With this excellent debut album, Pale Grey Lore have added their own chapter to the great rock and roll story. I look forward in anticipation to their next installment.

I found this album managed to both relax and stimulate my brain depending on my mood.

A special mention to Andy Sartain who recorded, engineered and mixed this album. Great job sir!