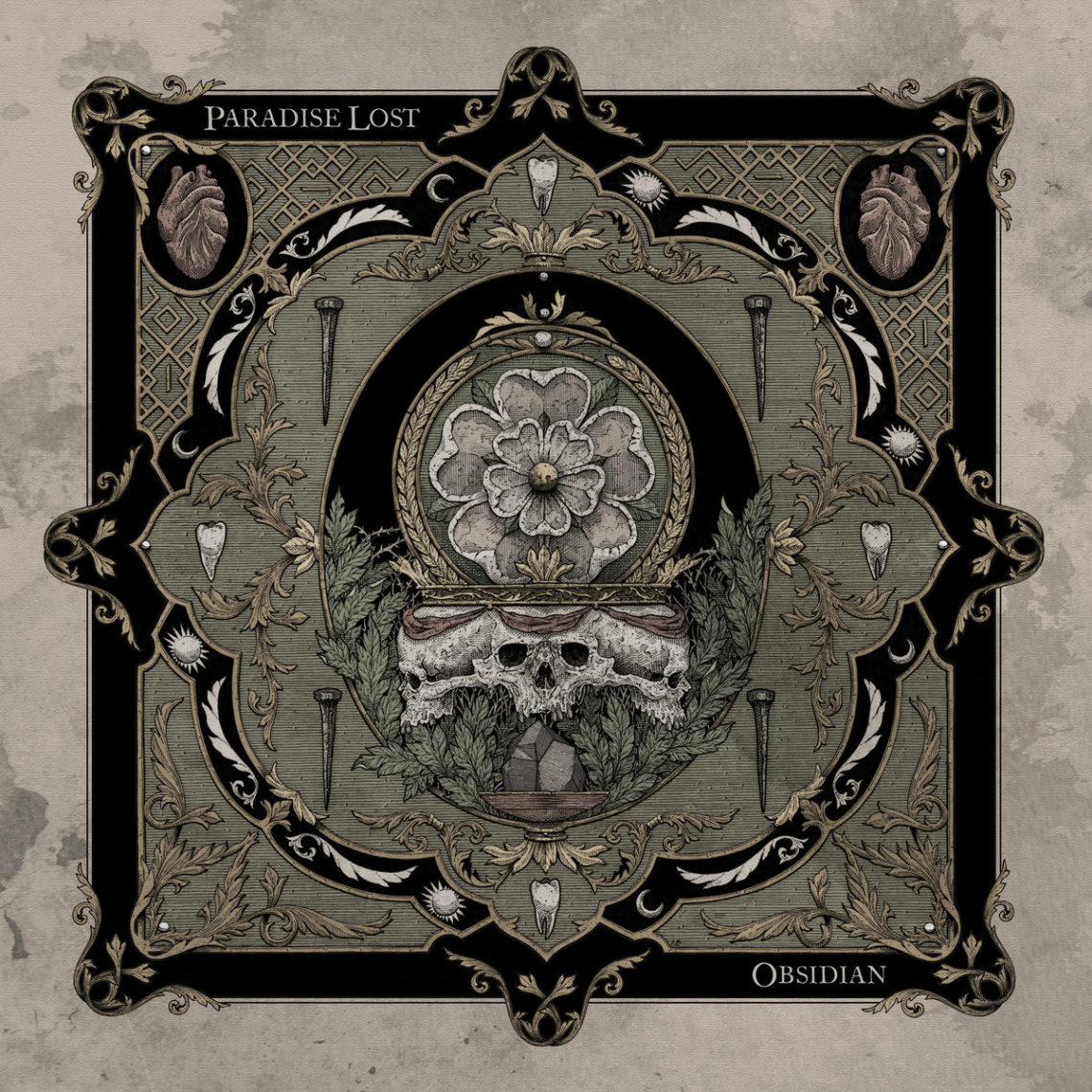 On those ending days we’ll harmonise.

Today we’re gonna go a little offside for a dose of one of England’s very best from the Peaceville Three.
The well known Paradise Lost have been one of my favorite bands for the last 12 years.
But if you’re unacquainted, they started out as a death/doom metal band and gradually moved towards a gothic infused doom sound which are known for Nick Holmes distinguished vocals and Greg Mackintosh amazing guitar tone and riffs.

They had an 8 year run from 1997 and onward where they moved further away from metal but with their Selftitled album in 2005 and onward through In Requiem, Faith Divides Us – Death Unites Us and Tragic Idol they released some of their best albums which showed them back in full glory of those early years.
On the last two albums the growls of Nick Holmes have made a comeback which had them sound closer to their death/doom roots and while they’re not bad ones I never really got into them except a few tracks.

So I was really delighted after multiply listens to their new album Obsidian which brought songs that had sounds of old and new PL eras and even some old influences getting more prominent.

A great opening track have always felt important to me and even if the rest of the album is good the beginning will feel like a sore thumb every time you spin the album but I’ve never had that problem with Paradise Lost and on Darker Thoughts Nick sings over a somber guitar and violin before bursting into the perfect opener.
The use of violin was something I didn’t expect but it certainly works and Gregs guitar solo at the end is a perfect example of his way of playing which dare I say I’ve always felt has that emotion put into it just like David Gilmour do to his guitarplaying.
Ending Days shares a similar song structure with a violin added and another great guitar solo.
But while Darker Thoughts has an uplifting feel to it despite the dark lyrics, Ending Days is beautifully melancholic all the way.

We also get the death/doom sound of their earlier albums and with only growling the awesome Serenity stands out as the track that wouldn’t been out of place on their debut album.
Fall From Grace is good but my least favorite here even though there’s a few great passages.
Instead the slower The Devils Embraced and the rocking Forsaken manage to perfectly keep a good balance between heavy and melody just the way I love it, especially in Faith Divides Us…..

You remember the old influence? No surprise it’s 80’s goth rock like Sisters of Mercy which creeps into the catchy Ghosts were the bass guitar gets more noticeable.
And the enjoyable mid-paced Hope Dies Young has the most goth sounding riffs & only clean vocals which make it stand out among the other heavier songs.
But don’t be scared they went full goth rock on us, it still sounds like the Paradise Lost we know and love.

So far we been back and forth on the tracklist but now left with the last 3 ones on Obsidian.
Usually they save the most “epic” of their tracks for last and there’s no exception here.
Ravenghast brings 100% death/doom with a similar grim vibe as Serenity but with a slower pace.
And I say last because Hear The Night and Defiler are bonus tracks and occasionally those don’t fit the overall sound of an album but here they fit like a glove, Defiler even has one of the best guitar solos on the album.

With the current situation you can understand that some bands and labels postpone certain album releases because they might sell less albums now than when everything is back to normal.
And I recall reading somewhere that PL thought it’s a time where music might do extra good to those who are stuck in quarantine or any other way negatively effected by it. (Paraphrasing)
So I applaud Paradise Lost for still releasing Obsidian so that fans can rejoice at something. 🙂