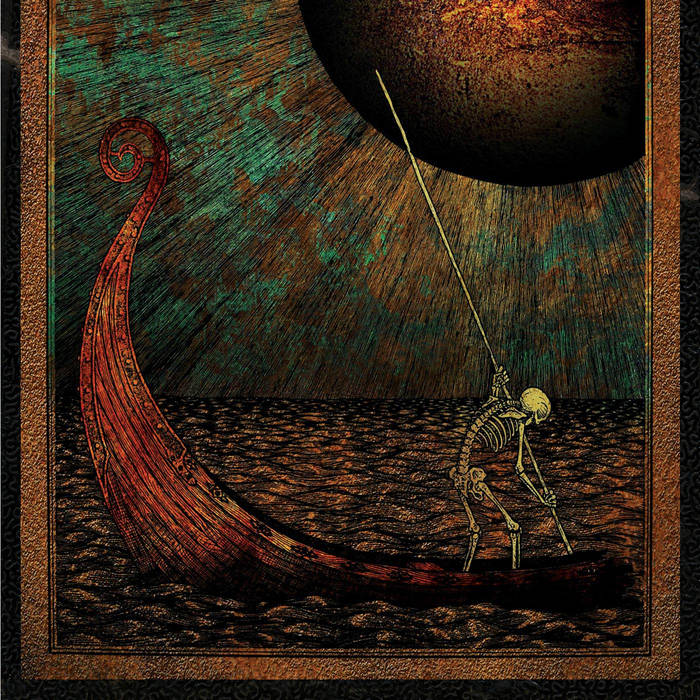 Picaporters is a trio from Argentina and consists of Juan Pablo Herrera (bass and vocals), Lucas Barrue (guitars) and Juan Pablo Vázquez (drums). They have been active in the South American scene for the last 10 years with an excellent proposal that mix the best of Stoner Rock, Heavy Blues and classic Rock and Roll. They released their debut album “Elefantes” in 2013 gaining a lot of attention from the fans and colleagues of the heavy underground scene.

Sergio Ch (Los Natas/Ararat/Soldati) decided to sign the band for their sophomore album thru his record label South American Sludge Records. It was released three months ago under the name “El Horror Oculto”, and it shows how the Doom/Stoner Metal influences gained much more space for this album compared to their first release.

“El Roble Viejo” is the first song and kicks off with an epic and downtuned riff which reminds me of “Black Dwarf” from Candlemass. The second one,“Diferentes Formas De Ostras”, is an “almost” instrumental piece in which the band slows down the tempo and darkens the atmosphere.

For “Los Espejos” they invited Sergio Ch to play the slide guitar and do some ethereal singing. It’s a Heavy Blues piece with some strong hard rocking and psychedelic elements, in which Juan Pablo Vázquez plays like he has some war drums in front of him. In “Humo Ancestral” Juan Pablo Herrera delivers an amazing vocal performance, also he and Lucas activate the fuzz pedals to the maximum level creating a good piece of Stoner Rock.

“El Horror Oculto” is the fifth and longest track of the album, a dark psychedelic piece executed in a very slow, somber and emotional way. The fuzz reclaims the leading part for “Zombies”, a song that could have been played by the early stoner bands from the early 70’s.

“Etude 6” is the classic instrumental passage that serves as a bridge to the last songs of the album “Ra” and “War Is Over”. The first one uses some metaphorical lyrics to send a message of liberation from all the lies and fears that surround us so we can live in freedom. The second one closes the album with a psychedelic and bluesy vibe, also is the only one sung in English.

With “El Horror Oculto” Picaporters has surpassed the expectations generated by their debut album. As I said, for this one they’ve left behind the hippy influences and plunged deeper into the Doom/Stoner Metal sound, creating an album better than its predecessor in all senses.

You can buy Picaporters albums at their Bandcamp page at the “Name your price” option. If you can, give them a few bucks and support the South American heavy scene