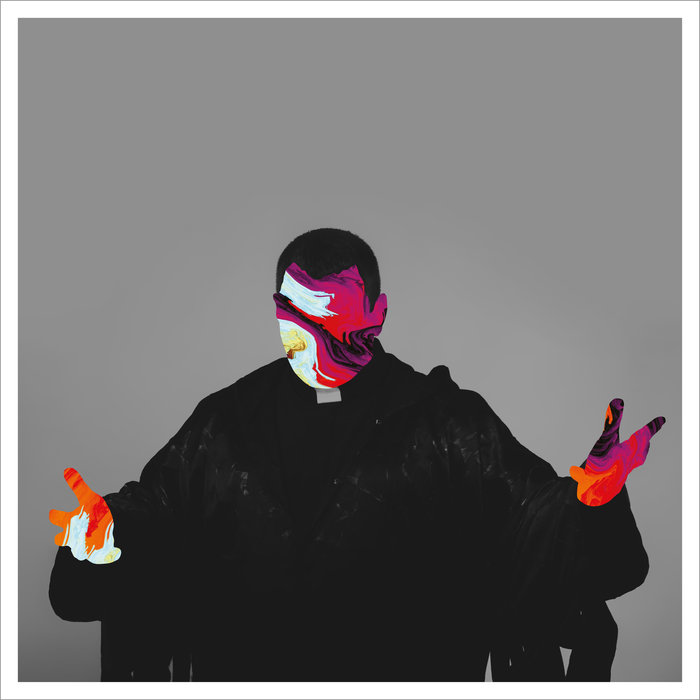 Ever wondered what happens in the head of a psychotic god?

Pigs Pigs Pigs Pigs Pigs Pigs Pigs is one of the best embodiments of the sentence “over the top”. From their ridiculously long band name to their relentless riffs, the quintet from Newcastle (UK) does not mess around and this debut album is a true testament to their demonic madness, for Feed The Rats could very well be the soundtrack of a psychotic god going on a rampage.

The first track out of three, Psychopomp, goes straight to the point right off the first seconds with raging vocals, guitar tones that could split mountains and pummeling drums. The sound landscapes PIGSx7 furiously unravel before our ears are utterly massive. Their music is indeed undeniably heavy, but not in the same manner as Sleep or Electric Wizard or even Yob, because PIGSx7 are to be found on the other side of the spectrum. In other words, they are not here to destroy your will to live but rather to destroy your hometown just for fun, simply because they can.

“Fun” is one of the keys to apprehend what kind of entity PIGSx7 is, along with the cathartic quality of their music. Psychopomp showcases these two aspects in a great way with ongoing, uplifting riffs, underlying psychedelia creeping by here and there and a vocalist going absolutely nuts screaming about demons and Adonis.

Nevertheless, it is a bit hard to precisely describe their music. This is one of those instances where labels cannot really apply. In a sense this is a mark of their genius, of what makes their music stand out in an overcrowded scene. But if we had to, we would start by saying that they play a blend of genres. They take a bit of everything without really belonging anywhere. Some might say that they play heavy krautrock with a punk attitude while others would mention doom with sludgy and psychedelic undertones, but it would not accurately depict PIGSx7‘s formula.

Icon closes the album with its 17 minutes of fuzzy hell. It starts off slowly with a gentle bass rocking you; but it is alone, and the slight reverb is nothing but an ominous sign of what’s coming: sonic chaos and riff worshipping at its best. The track has some of the slowest and fastest parts of the entire album, which only give more prominence to how messy it is. I cannot even begin to picture how powerful this song is when played live, the sheer amount of energy displayed by the band alone might be enough to tear up your body and melt your brain.

I won’t lie, Feed The Rats is a demanding album and you need some rigour to listen to it. Indeed, with two tracks hitting above the fifteen-minute mark, a great deal of riff worship and an overwhelming sense of demonic psychedelia, Pigs Pigs Pigs Pigs Pigs Pigs Pigs‘ album is not particularly easy to get into. Nonetheless, once you get your head around their work and have conquered their songs, the album is extremely rewarding.

You are on edge and want to smash things? Grab a beer and blast this album. It will sooth you for sure.

If you have the chance to catch them live, go see them! The amount of energy they display is outstanding.

The Cosmic Dead, Noyades, Blown Out