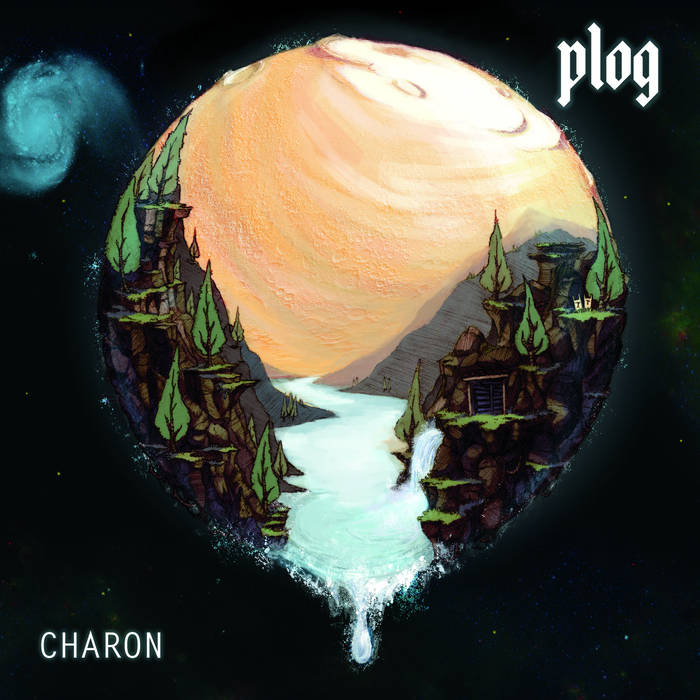 Three years ago, three strangers with the same vision created a band. They wanted something heavy, slow and raw. With their new record “Charon“, Plog proven that their recipe for music works very well. With 39 minutes divided over three songs, every song on the record is a journey on its own and takes you through fuzzy riffs and intense melodies.

Plog created Charon somewhere along the lines of psychedelic, progressive stoner metal. And with bands like Elder, Yob and Weedeater being regulars in the play queue of the musicians, you really don’t want to miss out on listening to this release. The EP  is entirely instrumental, which is really the best way to capture the heavy and dark ambiance of this music. They shape this atmosphere with a solid rhythm section, psychedelic echoing leads and sections of fuzzy guitar violence.

With their lengthy songs, the band doesn’t bother with writing a catchy refrain. The songwriting tactics as described by one of the band members: “We just jam and if it sounds good, we take it from there.” It is clear that this approach works very well for the band, and results in slow and epic jams, some taking over 15 minutes.

Their first song, (the shortest, being a mere 9 minutes), starts of with a tight drum track and a pounding bass. The guitar covers the lead with a returning theme, saturated with echo and reverb. The three musicians work together to build up tension, subtly changing rhythms and themes until they turn their fuzz pedals to 11 and unleash the tension in a wave of thick fuzz and distortion.

The other two songs are more or less build around the same structure. Intense melodies start of the song relatively mellow, slowly building up to a point where you can really loosen your hair. From increasing Purple Haze level, to severe Temperature and Fat levels, Charon has it all. They keep their songs interesting with heavy drops, lead, tempo and time signature changes. Overall, when listening to Charon, it’s easy to lose track of time, and the record just seems like a 39-minute masterpiece, without a clear distinction between the different songs.

According to the band, the inspiration for these jams comes from one of the fundamental purposes of music, to create something as an outlet to all the bullshit you encounter in daily life. Not only to the musicians, but also to the listeners, Charon is a perfect record to put on and drift away, disconnect from whatever stress and concerns daily life can bring you.

Besides Charon is a treat to listen to, the album cover is a piece of art with a cool story behind it. I’ve been told, it’s based on one of Pluto’s moons. The moon is named after “the dude rowing the dead over river Styx in Greek mythology”. The name of the dude? If you haven’t guessed by now; Charon.