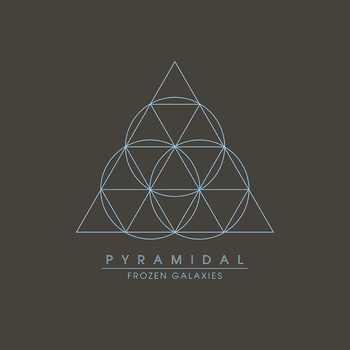 Carry Me Caravan Take Me away!

Hey there! I hope you’re doing fine and that the sun is slowly showing its part of its ass wherever you are on earth!

We’ve reached the 2,000 followers, thanks to you! Looks like we’ll have to be serious now!… ahaha no way.

Today’s special gift for you is coming directly from the dusty sand of Spain, where the sun always shines and the psych vibes are always wild and free! Let me introduce you to : PYRAMIDAL ! These guys just play at Roadburn Festival last week, check out the pictures below :

Luckily for you, the Spanish caravan is right on time (this time?) to pick you up! Their first track will immediately throw your mind in outer space! I immediately spotted that Spanish influence in there which I just loved! What a great mix with their musical tradition, great respect for that! Followed by an amazing brass section which add colors in a mind-blowing first track! Sounds like an epic album from the beginning! It reminded me of some Causa Sui tracks from the Summer Sessions, it is heavy-psych jam with a strong jazzy notes added to it!

I’ve always considered “stoner-rock” bands who managed to put jazziness into their songs to be unique bands, totally outside other bands! Here their jazz influence brought reliefs to their rhythmic parts, it’s always something you recognize but just slightly different and with a “strange” groove! It is exactly this effect that brings your mind in a whole new level oh highness! Your ears are hearing something they never experienced before, Pyramidal totally have that prog-crazyness that allows them to composed totally mind-blowing tracks!

After the first two songs that clearly set up their universe, you are now entering the real struggle of this band. Pyramidal is just a fucking great band! You can easily hear that they totally control their sounds and mastered their tracks! Here the heaviness is not necessarily brought by the volume but by their rhythmic! The songs “Beyond the Lost Orbs” and “Sons of Light” are here to melt your brain, maybe already under drug influences… And it sounds like it could never stop! Man I’d love to see them jam on those ones! If you also do, you should definitely check their live at the Freak Valley that they released a while ago :

It is for sure a band that you have to experience live! They are space commanders, here on earth for a one and only mission, spreading dust of space for you my friends, citizens of the earth. I saw that they performed live with the band DOMO, oh man I wish I could be there…. You’re never quite the same after that!

As any epic and legendary album, their last track and self-titled one is as itself a trip out of nowhere to the infinity of space! My only regret is that I missed the brass section that was so present in their previous songs… But this song is a hell of a jam! I’m sure they put out an amazing performance at Roadburn last weekend seeing the videos they just posted on Facebook ! You can only check pictures of it on their facebook page, looks like the spirit is definitely here!

Pyramidal is truly unique in its form. Taking roots from their traditional musical ground to give you their own interpretation of what a space trip could be or should be! Unique by the way they approach a jam. Either it is an instrument or another who showed off during a part of a song, they are flying as one band to the same direction which I’ll let you define.

I will now go back to my home, and I will leave you with my favorite track of this incredible album shot live during Roadburn, which ends where it all started, in Spain.

(PS: If one day, you’re in a hurry, listen to this while running!)

Have a nice and safe trip!

Beyond The Lost Orbs

Hawkwind, Seven That Spells, Radar Men From The Moon