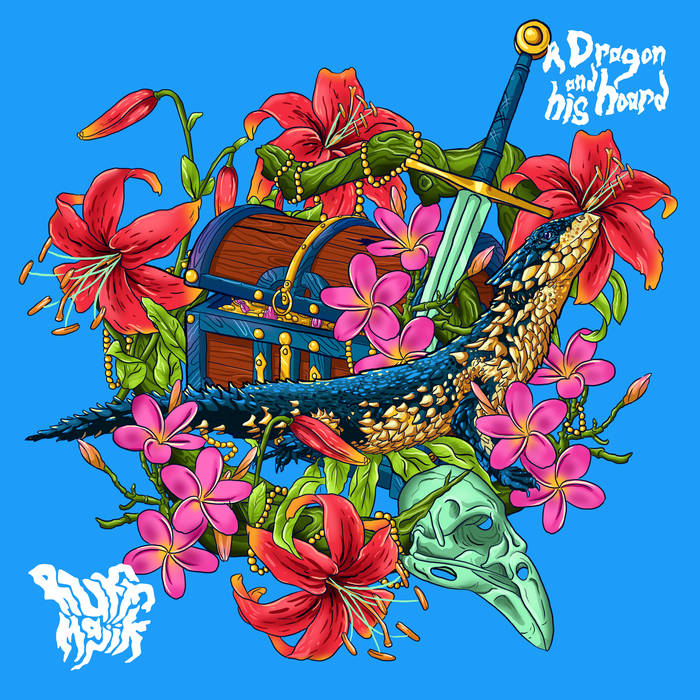 Part III of Majikians crazy adventure in the land of Garage and Fuzz!

You may know about one of the hottest names in psych rock in the whole world this moment, King Gizzard And The Lizzard Wizard, and how they ‘ve managed to put out 4 albums during 2017. Well, in the same terms of craziness, you have Ruff Majik from South Africa, but in a more underground level and manner they released 4 EPs during this year. The last one was released during Riffmas (as they said) it’s their third and final release of their “Seasons” series of EPs. Check what i wrote about their previous efforts for More Fuzz here, here and here and where they 2016 EP landed in my last year’s top list.

While they sound similar in each of their EPs, the manage to add a small chunk of something different each time.

In this EP, the vocals are identical to their favorite Riff Messiah (Jack White), but in terms of production things are more polished and proficient. In this point I have to say that I really like that the band listened to their fans and was replying from their social media to any comments about their sound. So there was your typical doom and fuzz sound in general, but crystal clear and professional.

The riffage is fast and ferocious in a sludge and punk-ish way (or if I could stretch it this way of playing reminds me of scandinavian black metal bands). Or hear the “Hammered are the gods” and especially the second half of it, where it has something more epic and traditional metal in its atmosphere (and title).

Of course, the EP’s highlight is the first song (and one of their best in general) where it outshines their heavy fuzzy blues love for the Sabbathian music and garage homage for White Stripes.

Reading in a library!