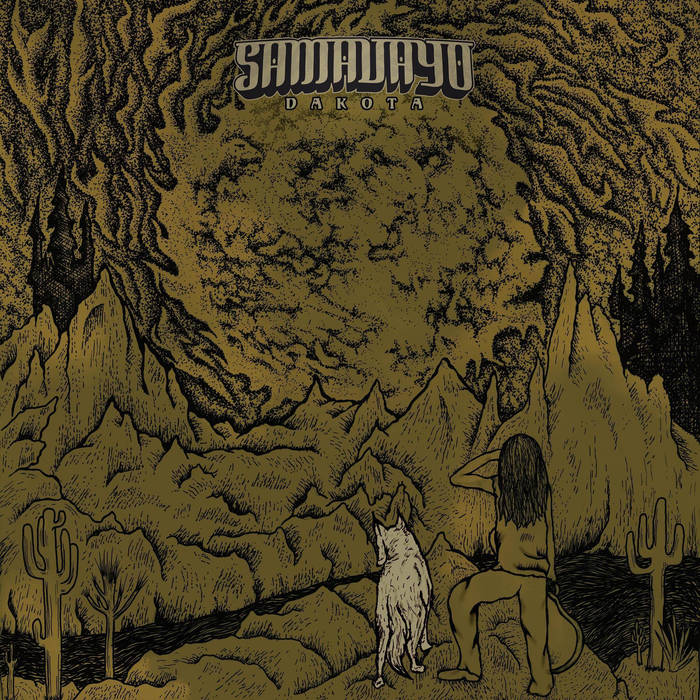 This Is How I Want New Releases From Now On You Hear Me?

Hailing from Germany, Samavayo is a storied (previously four-piece) trio with releases as far back as 2003, that presents before us its new debut as a trio with Dakota. Debut or no debut, however you want to slice it, Samavayo has managed to release a record that ticks so, so many boxes. Good boxes. And only one thing has prevented me from falling in love with it.

And that thing is its first track. Dakota has, arguably, three of the best stoner tracks I’ve heard in a long time: Cross The Line, Dakota, and Iktsuarpork. Still, after hearing Samavayo‘s oriental-infused first track, I didn’t really care for these. I wanted more of what I just heard and I wanted it yesterday.

In any case, once the confusion wore off, I managed to enjoy the rest of Dakota. See, those three tracks I just mentioned capture what stoner has always been for me, its characteristic sound: the memorable riffing, the organic drumming, and signature (John García‘s style) singing. And I want to highlight Samavayo‘s vocals for two reasons: first, it’s uncanny how John García they sound in many instances (more on that later), and second, they have a quality so many other stoner bands today lack: they make you want to sing them. I’ve gone over this already, but in a day and age when most stoner bands bore me to tears, being compelled to sing along goes a long way.

While one might argue Dakota‘s songs are a bit on the long end of the spectrum, what we have here is a thoroughly early-00’s stoner rock album (or, if you prefer, 2014’s JG), and I mean it in the best possible sense. While the previously mentioned tracks are unabashedly stoner, Kodokushi and Overrun go a tad more proggy, with Intergalactic Hunt fully realizing its name, adding a spacey tint to the formula.

But this is me, and me being me, I feel the need. The need for… a high Dynamic Range. And let me tell you, Samavayo’s production is on point. With a production that lets its music breathe and helps to take across the point that this guys now what they’re doing, and they’ve been doing for a good while. I rest easy, and happy. Cheers to Richard Behrens and Emanuele Baratto, for mixing and mastering the album, respectively.

Funny enough, I had to go listen to John García’s solo debut, I was confusing the two records so much. Samavayo manages to feel familiar and old school without being trite. And all that in a genre in which, lately, it hasn’t been easy to not bore me, much less find me making such comparisons.

It’s got legs to stand in a Stoner playlist, amongst the best of this year and possibly others, for all your stoner needs.

This album sounds exactly like the kind of album you need to listen to live. If you can, I suggest you go do that.

Before closing, I just want to say once more that I would very much like for Samavayo to continue their Arezooye Bahar sound in future efforts. You all know how much I like fusion, innovation, and balls in my music. I know you do.

Be good and stay away from pop,