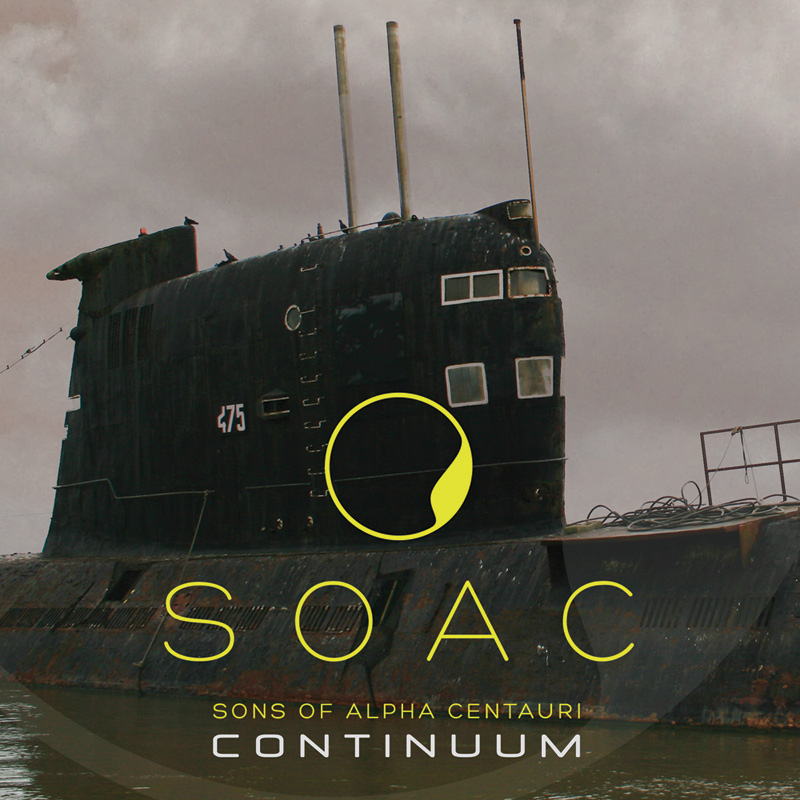 Sons Of Alpha Centauri is a cool old band formed in 2001, now based in Swale, UK. They released a great self-titled debut album in 2007, but these guys must like to take their time to do it right, Continuum, their 2nd LP, reviewed here after its release on June 1st, is in production since 2007!  They probably got distracted by the amazing collaborations they did over the years, and it’s totally understandable. Besides Yawning Sons, their joint-project with the godfathers of Desert Rock, Yawning Man, they also did a collaborative album with Treasure Cat and a few splits with Karma To Burn, A Death Cinematic, WaterWays and Hotel Wrecking City Traders. Everything they delivered is a refined journey through the atmosphere and beyond, taking you from contemplating the wonders of Jupiter to full-speed interstellar trips.

Totally instrumental, you’ll be mesmerized by the layers of synths and keys which set the perfect mood for the other guys to then unveil their talents throughout each song, progressively intensifying to a gritty and wonderful climax.

Expect some heavy riffage, pounding relentlessly along nifty drumming with a nasty sound mixed with emotional melodies and aerial moments to put some fresh air in, just to take some perspective and add a few final touches here and there to the surreal landscape they’re depicting, adjusting the last variables to resume their exploration of these remote worlds.

This energy is the same you had on the first record, though all they gained in nuances contrasts it so it takes even a fuller extent. These shifts of moods will toy with your emotions, as they reveal to you the landscapes of our big and distant relatives.

The LP flows smoothly through its 8 songs, taking off straight after the chilled intro and heading at full speed towards the giant of our solar system. A few short and beautiful songs here and there to break the monotony, and without noticing it, we’re (too?) soon hitting the last and longest song. A return voyage that concludes perfectly this incursion above the seas of gas from the far reaches of our neighborhood.

Seated comfortably on your couch, ready to take off for the confines of our Solar System 🙂

There’s been 7 (!) different editions of this LP, with several variants and colors, so you can choose your favorite 😉

You can also find some of the 30 nifty Milkey records left on Electric Valley Records, right here.

The German label H42 has two editions : a Military Green edition and a Black one, available here.

Finally, for those of you living in the US, a special Neon Radiation Yellow LP is coming soon through Cobraside Distribution.