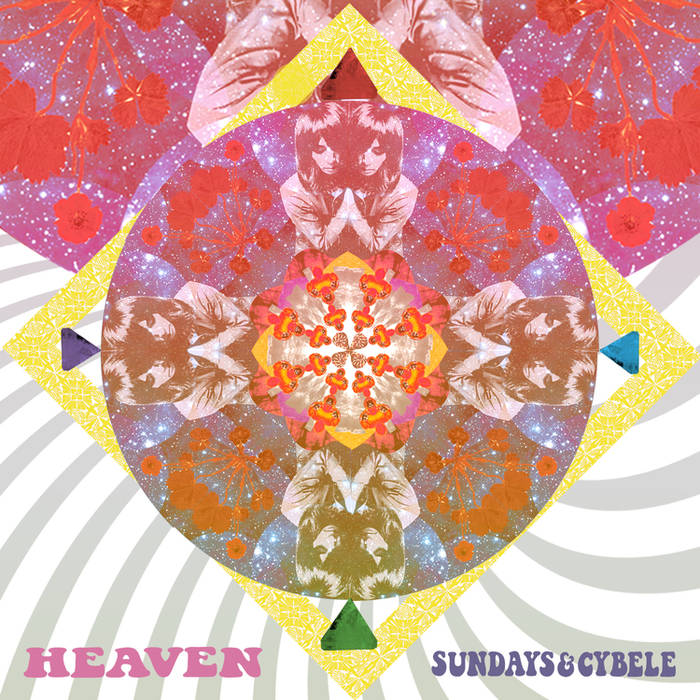 Sundays & Cybele is a Japanese psychedelic rock band that I discovered because they are on the same label as Kigagaku Moyo, Beyond Beyond is Beyond Records. This is their fourth album but if you knew them before, this one is very differrent. The previous albums were as they called it “Acid Folk” but on this one they cranked out the fuzz to fall deep into Psychedelic Rock territory.

Their style varies greatly during the 6 tracks, but they retain a distinctive sound to keep the album coherent.

The first track, “Black Rainbow“, is a classic 70’s Psychedelic Rock in the style of Flower Travellin’ Band, but the second track, “Almost Heaven” is much more energetic, it reminded me of the track “Wolf Eyes” by Black Rainbows.

The next two tracks, “Night Predator” and “Empty Seas” are another duo in the same manner: the first one psychedelic, the second one much heavier.

The album ends with almost two dream pop tracks, “Hinagiku” and “Time Mirror“, that close out the album very nicely.

This description may seem like the album is all over the place, but again, they manage to keep the cohesion with their distinctive touch that stays from start to finish. This is a great discovery for me, and an album I keep coming back to it, listening to it again and again..

Their name comes from a 1962 french movie that got an Oscar for Best Movie in a foreign language in 1963, cool huh ?