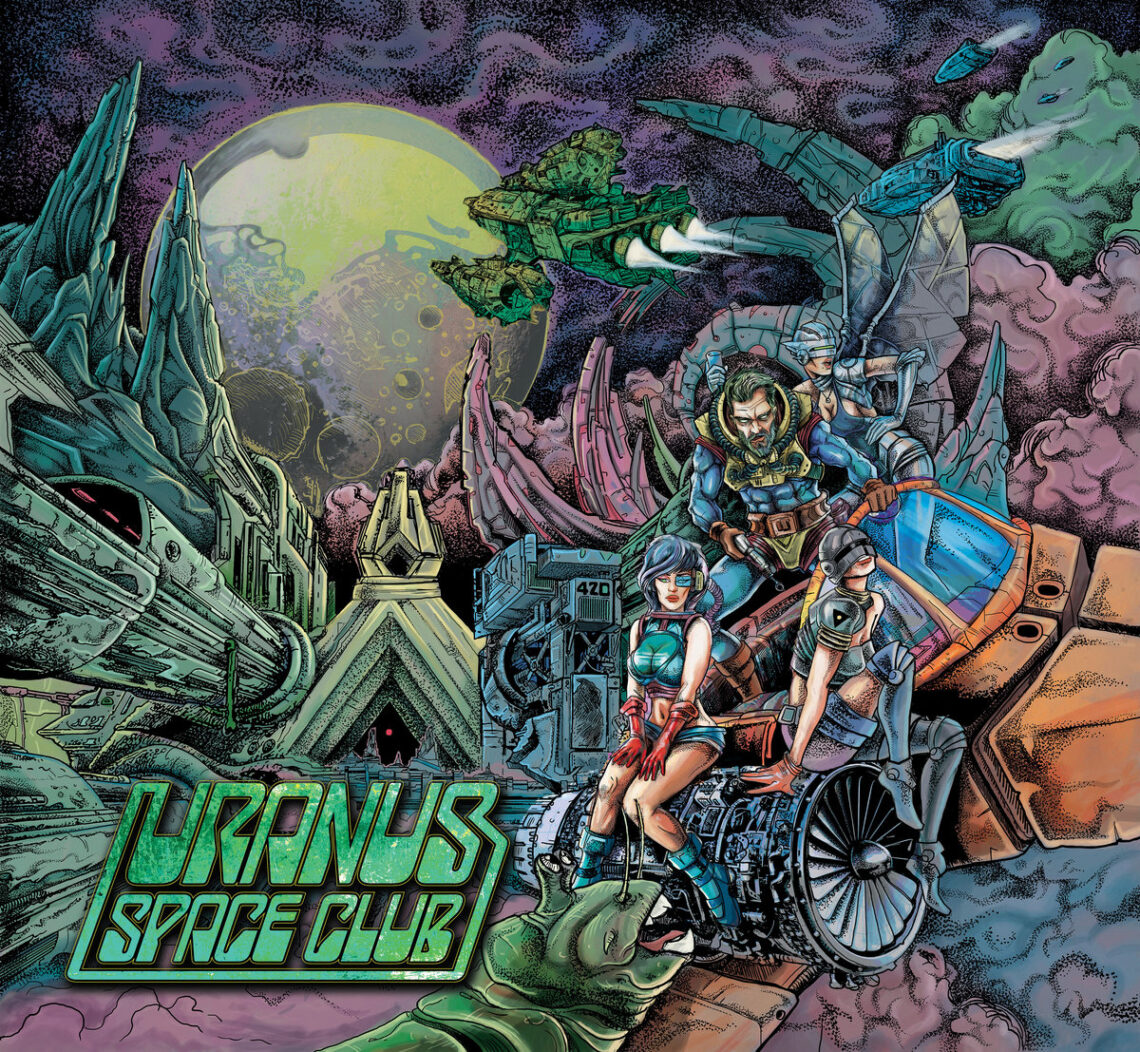 Shake your booty through the Solar System!

Uranus Space Club is a newcomer band from Wrocław, Poland. This country is getting quite prolific in terms of quality outputs these days, I must say, so rejoice for yet another band proving this. They released their debut album last Friday, on July 2nd, through Piranha Music. I must have listened to it almost every day since. I just can’t get off the hook of their mesmerizing fuzzy funk vibes.

They present themselves as a Quatuor from Uranus (for the pun, I guess), and Another Planet, Another Love as “the story of a space traveler going through the Solar System to meet his lovers in cosmoports located on each of 9 planets” (yes, they count Pluto as a planet, blaming the NASA of fake news regarding this).

Well, if you’re a regular reader, then you won’t be surprised that Another Planet, Another Love ticks pretty much all of my boxes. This space rock quartet delivers such a hellish groove while keeping it righteously fat most of the time, finding the perfect space-groove-fuzz balance in this epic 9-track journey of an album.

Uranus Space Club is a guitarless instrumental band, which might seem rather odd, but honestly, it might be for the best. It leaves more room for the saxophone and keys to express themselves and spiral around the rhythm section.

Right from the start, the bass sound leaves quite an impressive mark, you know you’re in for a groovy AND fuzzy treat, and it won’t disappoint! The Polish then unravel their sonic universe song after song, blowing their engines off between planets, making no compromises through this 47min trip.

Each song brings a different shade of the band’s identity, staying really cohesive throughout, but with enough change not to be rebarbative. Even when the sound can stay a bit similar from a track to another sometimes, the way they play, and with such ease, with the tempo and energy is where their song-crafting talent shines. While each song has its own direction, they also manage to switch naturally the main genre focus inside it, with catchy breaks and hooks, melting styles together in orgasmic ways (and through brilliant arrangements).

The keys and the bass sound are where most of the variations are felt, bringing elements of funk, jazz, psych, space, retro rock, stoner, or doom depending on the moment and what fits the mood. The bass is really what stands out the most, be it through upbeat grooves, mean fuzzy riffage, or anything in between. Meanwhile, the keys are more responsible for defining the craziness/spacey spectrum. The drums, super tight and damn efficient, follow those leads perfectly, with some jazzy vibes here, or pachydermic hammering there. The sax goes with the flow of each song smoothly, not contrasting too much but enough to show the range of possibilities, but above all giving an amazing texture to their sound.

As mentioned above, the guitar is not missing at all, each instrument has its own space and they all work together in glorious harmony. This equilibrium is pretty much perfect and it is probably what makes it so infectiously appealing. The few samples here and there compensate for the absence of vocals, allowing them to squeeze in some moodier atmospheres. Anyway, between the sax and the furious keys, vocals are not really needed anyway and would also break a bit the energy manifested here.

Uranus Space Club managed a stunning achievement with Another Planet, Another Love, not only are they pushing our scene forward into uncharted style fusion, but they do it with flying colors, and on their debut album, no less! Hats off gentlemen!

When you want to dance your ass off in space, but still need your thick fuzz!

Apart from Pluto being listed as a planet, the tracklist takes a bit of freedom with the order of the planets in our Solar System, between the third and the sixth to be precise, but who said you should visit your lovers by planetary order? 😀