Wo Fat – The Singularity Review 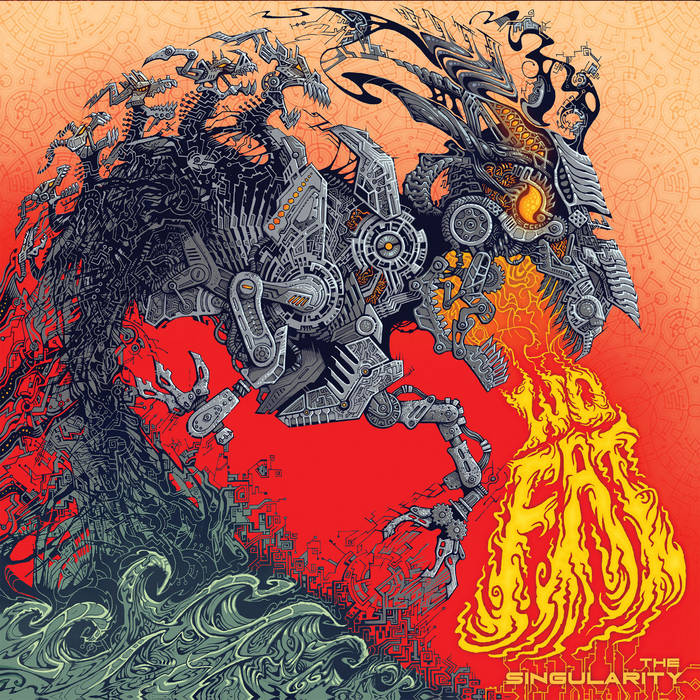 A new release from an already legendary band always comes with a kind of dual feeling. On one hand, it arouses great excitement. On the other hand, you are still a bit afraid of being disappointed, either because that one band you love took a mainstream turn, or because their magic powers have faded out with time passing by.

Now you can imagine how I felt before pressing play on Wo Fat‘s seventh album The Singularity. It has been six years since Dallas stoner legends’ ultimate and excellent album Midnight Cometh, and, to be honest, I did not expect them to release a new one. But they did it, and they did it well ! Released on Ripple Music (Mos Generator, Yawning Man, Fatso Jetson, etc.), The Singularity may be Wo Fat’s most spaced-out album. And don’t worry : their dirty bluesy grooves & riffs machine still works wonders.

Let’s start the trip with this 14-minutes piece called “Orphans Of The Singe”. The introduction sets up a both hazy and poisoned atmosphere : welcome to Wo Fat’s swamp territory ! A catchy bass groove arrives four minutes later and introduces Kent Stump’s voice and guitar riffs. Shorts and clearier Yawning Man-like breaks punctuate the music and serve as build-up sections before crushing stoner-doom riffs and frenetic solos.

“The Snows of Banquo IV” begins with a huge stoner riff. Headbanging riffs follow each other in an outburst of diverse but perfectly articulated stoner grooves : Wo Fat still knows the recipe. The middle section is dominated by a Hendrix-like hectic solo, reinforcing the already highly psychedelic atmosphere. This Hendrix influence is even more present in the next track “Overworlder”, with its wah-guitar-based rhythm straight out of the 70’s.

The next one will definitely please Wo Fat first hour fans ! “The Unraveling” starts with an insanely groovy, dirty and fuzzy riff that might be the exact definition of  “swampedelic music”. The groove is irresistible – listen to these chugs on the guitar – and the track never loses intensity. The fifth track  “The Witching Chamber” sounds like one of the most original of the album. The futuristic intro with effects on the voice adds variety to Wo Fat’s universe. The music drops progressively into a heavy-blues riff that clearly smells like the American South. The different sections flow naturally, well-stood by an impeccable rhythm section. And listen to this Truckfighters-like bass line from 7:30 to 8:45 !

Eponymous track “The Singularity” begins with a huge riff too. The music alternates slow and heavy passages with more upbeat and aggressive ones. You are now ready for the astonishing closing entitled “The Oracle” – one of the best tracks I listened to this year. A 16-minutes spaced-out stoner trip bathed on whiskey. This final track proves that the Dallas trio is not just an inexhaustible source of super groovy riffs but also a master in creating singular atmospheres. Or when swamp waters mixed up with the astral sky…

Finally, The Singularity reinforces Wo Fat’s status as a pillar of their musical family. Their poisonous fuzzy groove is just unic and I believe that stoner music will not be what it is without Wo Fat. After almost 20 years of career, the Dallas trio remains at the top and keeps showing the way to his faithful worshipers. I discovered stoner with Wo Fat – among other legendary bands such as Kyuss and Sleep – and I keep loving it thanks to them. I bet you too.