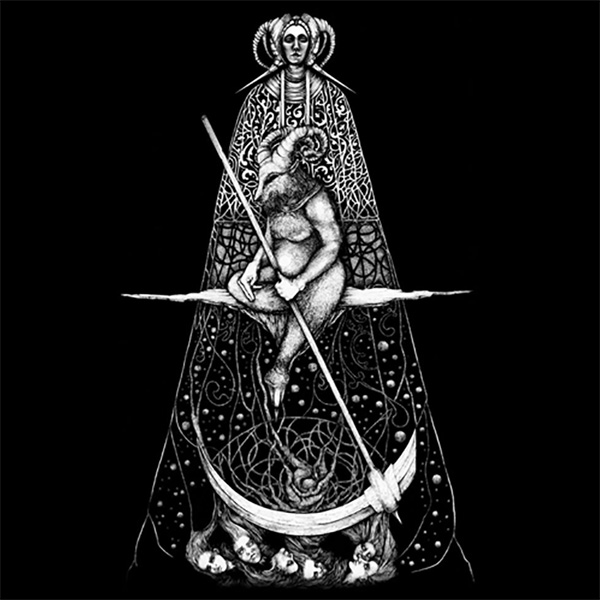 Black Dio is a doom/sludge project born in march 2013 in Rome, from the ashes of Sex Ex (post-hardcore/noise band). You may have already read my review of their LP (here) and they’re back with an exquisite old school video clip for one of their existing songs, ‘Lonely Cow’, which is available here on More Fuzz, in exclusivity just below.

Who are these guys ?

The band is a power trio, with Giuseppe Guglielmino on bass and vocals, Ehm on guitar, field recs, synth and vocals and Tony Arrabito on drums, all Sicilians but spread out between Rome and Bologna. Ehm musically comes from Bologna’s electroacoustic scene (Dogs in Jail, Valerio Tricoli, Stefano Pilia), Tony has recorded with Dean Roberts and is part of the 3/4 Had Been Eliminated and Giuseppe is a member of Black Rainbows.

What about the sound ?

They produced and recorded DIY a self-titled LP in their rehearsal room in early 2016. 3 tracks for about 49 min of pure greasy hazy doom, mixed by Emiliano Ereddia and Lorenzo Stecconi. This album is available on SoundCloud, as said on the LP review, physical supports may come later.

Being a DIY band, playing and touring with other bands in addition to living apart from each other makes it hard to find schedules for recording. But nevermind, not knowing what’s next is a real drive for these dudes !

Get comfy ! As Giuseppe said before, a sweet fat one and headphones should help you surf on their fuzzy noisy soundwaves.

The song lasts a good 20min which lets some time to catch your attention, making you wonder about how the story goes since time and characters evolve in reverse mode. But when it finally kicks in, it grips you by your guts and rips them apart without a chance of letting you escape, crushing you against the floor until you pass out, feeling like you’re one of these living-dead turning dead and then alive, in a reality where time makes his own bizarre rules.

The imaginary of Black Dio is rooted in the supernatural foundations of the Lovecraftian gods. Black Dio is an entity orphan of his father, born posthumously, and like every deity created by HP Lovecraft with its essence reaffirms the presence of a supernatural world that rises above the things of the real and the common world.

In this light, the visual world of Black Dio is represented through the use of the most violent films that have embodied Evil in film history. On Black Dio’s Earth, Evil is not a point of arrival, but the beginning of all things.

The landing is an even more shocking condition, the normal flow of the real anguish every man goes through every day of his life, the point where time stands still and progresses, the normal pace of the film…

The catastrophic end of the film is therefore only the beginning of the catastrophe. For Black Dio, the true catastrophe is the return to everyday life before the final decline.

For this reason, their videoclips are made with old movies, the so-called B-movies, projected from the end to the beginning, as nature surrenders to the supernatural in the final encounter with Death and Life that is the everyday death of common people.