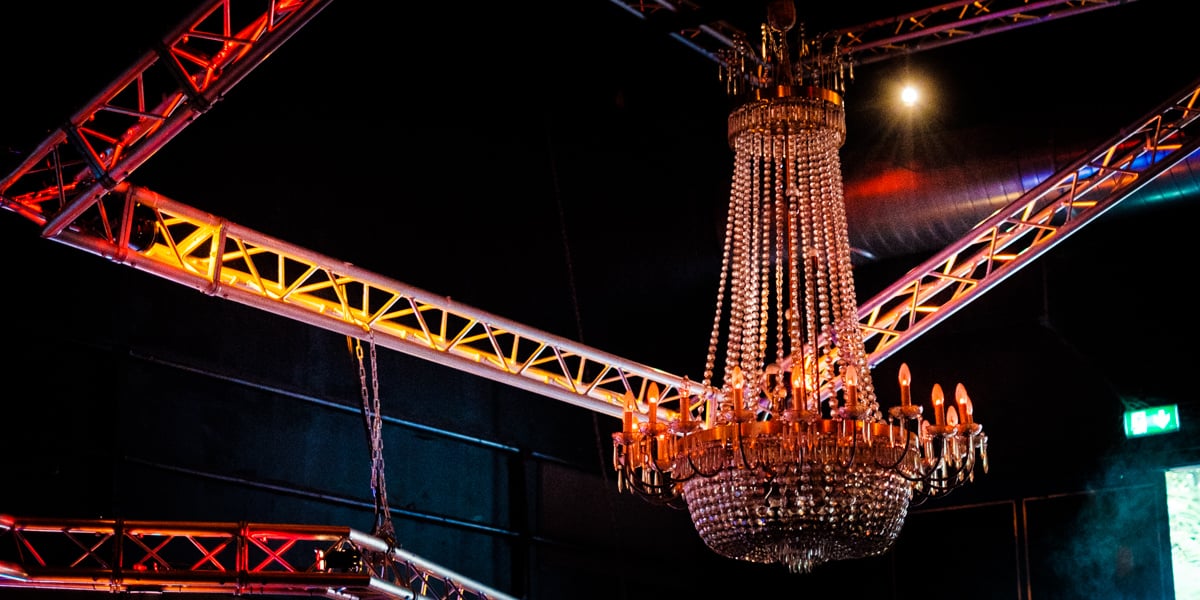 Festival Report: Up in Smoke VI

Up in Smoke is an indoor festival in Pratteln, Switzerland – not far from Basel. It happens mostly inside the legendary Konzertfabrik Z7. It has two stages: the main stage was inside the main hall – the side stage outside inside a big tent. This means: no overlapping acts – so you can enjoy all gigs if you like.

The weather forecast promised a return of the summer, showing sunny 22°C for Friday and 24°C for Saturday. Perfect weather for a festival.

I arrived late in Pratteln because of train delays on my way down to Switzerland. And because I had to buy new earplugs from an audiologist in Basel – I forgot mine at home (along with my Electric Wizard vest). Bummer!

So I missed three and a half gigs – Six Month of Sun, Giant Sleep, Whores and Farflung. I could at least experience the last minutes of psychedelic space rockers Farflung from California on the side stage and take some photos. A trip to the stars!

Next up on the main stage were Villagers of Ioannina City bringing their atmospheric mix of Greek folk and fuzzy heavy rock to the masses. A very enjoyable concert.

Veteran stoner trio Sasquatch from the USA rocked the Z7 side stage. It was nice seeing them playing on a bigger stage – I saw them a couple of days before in a small club already. Both times they totally delivered and it was fun – the crowd was pretty lively. Excellent gig.

The headliner for the first day, Kadavar, jumped in for John Garcia, who had canceled his tour. Kadavar ended the first day with an excellent gig. Well, have we ever seen a gig by them which was not a pleasure to attend?

I was looking forward to Day 2 – a lot of Doom! A couple of bands arrived just in time for their gigs during the day, sometimes even just minutes before their show. In the end everything worked out fine.

The day started with Italian stoner rock beer brewers Humulus on the side stage. The energy on stage and the heavy riffs should have woken up even the last sleepyhead. Sadly, I missed their beer.

Fellow Italians Messa, which were on tour with Dopethrone, arrived just in time for their gig on the side stage. Fastest sound check I have ever attended. And they delivered the first doom attack of the day, with outstanding vocals of Sara, their singer. Chapeau!

German hard rock outfit Glanville opened the main stage on Day 2 and delivered a fun and enjoyable show, incorporating traces of Thin Lizzy, Scorpions, Alice Cooper and other 70s/80s hard rock groups. Action on stage, a lot of posing – a photographer’s dream, so I cannot complain.

The Well from Austin, USA brought more doom to the Z7 after returning from a festival in Nepal. I also saw them a few days prior in a small club, and I am happy to say: they can play small and big. 🙂 Excellent gig.

Ancestors from LA, USA heralded the start of a more quiet and relaxed phase of Up in Smoke. Progressive and psychedelic elements drifting into space meeting post-metalness.

The New Death Cult (TNDC) from Netuluna in the Andromeda Galaxy (read: Oslo, Norway) was an anomaly in the line-up and also apparently for the audience. Entering the stage with neon war paint, skull bandanas in front of the face to remain anonymous, the music reminded me of a mix of Muse, Ghost and elements of Pink Floyd.

Greek psychedelic rock trio Naxatras were next on the main stage. Enchanting music to drift away to and enjoy the psychedelic light show.

Australian blues rockers CHILD brought the audience slowly with the help of a heavy dose of fuzzy blues back from psychedelic spheres to the ground.

On the main stage American psychedelic prog rockers Elder delivered the best gig I ever saw of them. Bravo! Really enjoyable!

And if you still slumbered away in psychedelia, Canadian sludgers Dopethrone tear you violently out of your dreams. Awesome energy on stage and with Julie as a surprise guest assisting Vincent with growling shouts and screams. The crowd went wild! The first gig at Up in Smoke were I noticed a mosh pit. \m/

Sweden’s Witchcraft returned to the softer shores. After a long hiatus they played an exclusive show at this year’s festival. The setlist can be titled as a “Best of Witchcraft”, as it spans several of their albums. The first time I have seen them live. A decent gig. Let’s hope we will see more of them in the next years.

US stoner doom trio Acid King entered the side stage. A magnificent Lori S. filled the stage with her presence, assisted by Rafa Martinez on bass as well as Bil Bowman on drums. Acid King was among the first bands I ever photographed, so I was pretty excited to see this gig. And they totally delivered. Amazing gig, preparing the mood for the headliner.

The mighty Electric Wizard played the main stage and celebrated their own flavor of a black mass, with movie sequences of old horror flicks illuminating the back of the stage. Pure doomy riffage rolled over the audience. In contrast to last year’s gig I saw in Hamburg, Clayton Burgess was missing and a new guy was working the bass. A highly enjoyable concert for me.

All bands I have seen delivered decent and enjoyable gigs. My personal favorite concerts have been Sasquatch, Messa, The Well, Elder, Dopethrone, Acid King and of course my personal highlight, Electric Wizard.

The Z7 is a pretty awesome location, the sound has been good, the crowd and crew were pretty friendly and relaxed.

Big thanks go to the crew of Sound of Liberation and Up in Smoke for having me! And very big thanks to Electric Wizard for signing my booklets – doomy hugs!

By the way, Up in Smoke VII in 2019 will run for three days: 3rd to 5th October 2019 at Konzertfabrik Z7 in Pratteln, Switzerland.