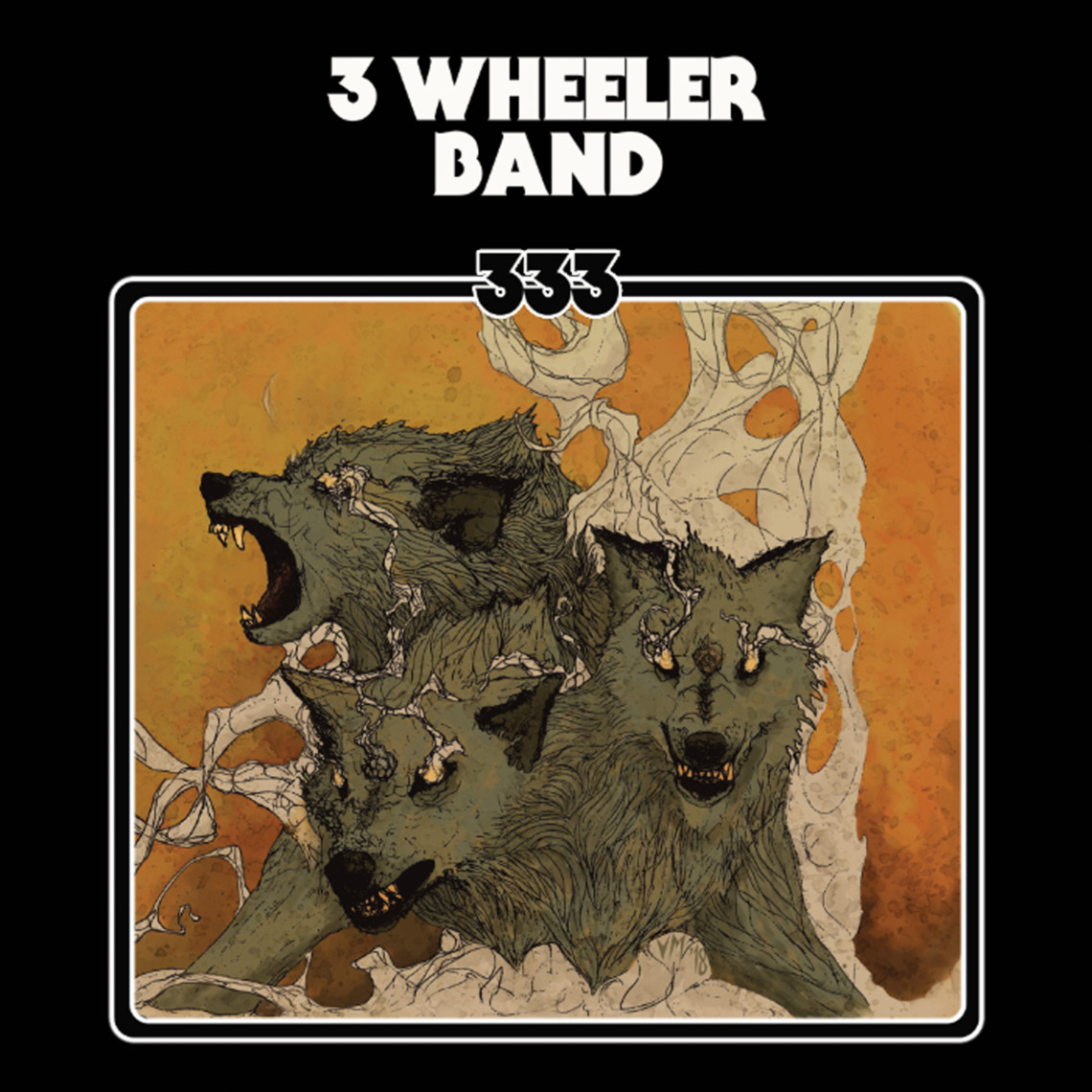 Grab the cold beers and enjoy these gritty tunes!

Hi Fuzzers! First of all, we would like to thank 3 Wheeler Band, especially José M, for sharing with us the new material and letting More Fuzz handle the exclusive premiere of the new EP.

3 Wheeler is a band from Monterrey (México) formed in 2010 and consists of Adrián G (vocals & guitars), Davo C (bass) and José M (drums). They have been heavily touring the underground circuit for the last years in their home country and south of the United States, especially in Texas. They play Heavy Rock with hints of Doom Metal, Desert Rock, Southern Metal and Heavy Blues, a musical proposal they have been perfecting since the release of “Smoke ´N´Groove” (2013) and “Space Tribe”(2016), in where the band expanded their sound incorporating elements of Space Rock.

For their third release, simply titled “333” (2019), the band offers the listener 3 solid tracks that show their growth as a band and composers. The album was recorded at Estudio Madera in Monterrey and produced by the band and Abraham Madera, also appreciate that amazing artwork by the talented Viejo Macabro.

The album starts with “The Wolf”, a song worn by the sun and sand of the California desert and Louisiana swamps. In this one, you can see Adrián G vocal performance is raspier, which gives the band an angrier tone to their performance.

Then comes “The God”, a song structured around classic Doom Metal riffs. As soon as you start listening to this second track  you can see the band has incorporated more elements of Heavy Metal in their sound, particularly in the guitar work of Adrián G.

The EP closes with “The Night”, a mid-paced song with a somber, bluesy atmosphere, and tons of groove in it thanks to the bass and drums arrangements of Davo C and José M. On this one they deliver a vibe more close to Southern Metal bands like Down, Corrosion of Conformity and Black Label Society.

Overall, “333” it’s an excellent EP, the three songs are well constructed and executed, showing the band’s diverse musical influences. After its finished you can think it  leaves the listener satisfied and at the same time starving for more. As far as I’m concerned, I can’t wait until the next musical journey of this Mexican power trio.

3 Wheeler Band has the perfect sound to fit in some of the best labels of the underground scene. It would be nice to see them as part of the roster of Ripple Music, Riding Easy Records, etc., in the future.