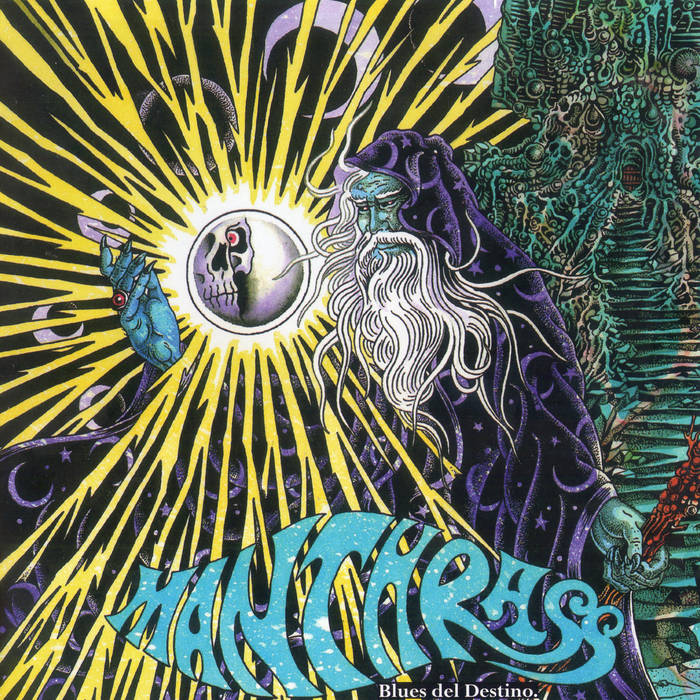 Manthrass is an Argentinean power trio formed by Mariano Castiglioni (guitars and vocals), Angel Rizzo (bass and vocals) and Federico Martínez (drums and backing vocals) that has been playing Heavy Blues since 2009. If you have a little knowledge about the Latin American rock & roll scene, you know Argentina has a very fertile and productive musical history. This is the land of some of the best Blues Rock of the continent, highlighting among them: Pappo’s Blues, Pescado Rabioso, Pajarito Zaguri, Alejandro Medina Y La Pesada, Rockal Y La Cría, and many others. With that musical heritage, if you want to stand out you have to be good, and with this new EP, Manthrass amply demonstrate they are.

The band released their first s/t EP in 2013, and with it, they showed us their potential and bright future thanks the strong musicianship and the felling to play Blues the right way. With “Blues Del Destino” they continue to bring strong Heavy Blues compositions, with some prime riffs and heartfelt lyrics sung in Spanish.

“Blues Del Destino” is Manthrass second EP and was released this past September. The album consists of five original cuts and one cover from Pappo’s Blues. With this one, the trio shows that the musicianship has become stronger since their first EP; in this sense, they’ve evolved into a tight unit with an incredible proposal.

A highlight of “Blues Del Destino” is the sound. All the instruments are well recorded and mixed, creating a well-balanced atmosphere.  No instrument, even the vocals, obscures the others. The rhythm section of Angel and Federico does a helluva job providing the space for the guitar work of Mariano, who puts foot on the pedal for maximum fuzziness. Also, the guys gave us some great vocal performances with some lyrics (in Spanish) dealing with everyday issues: broken hearts, relationships, etc…

In conclusion, with Manthrass’ second EP, you have a good opportunity to hear the good stuff that the South American heavy underground scene is doing these days. Besides that, this is one of the best Heavy Blues albums I’ve heard in the last months. I really enjoyed their two EP’s, so I cannot wait for a future full length release, hopefully it will be released in the near future.

For just $10 USD you can grab their two EP’s. I can guarantee you’ll have a very good time listening to them.