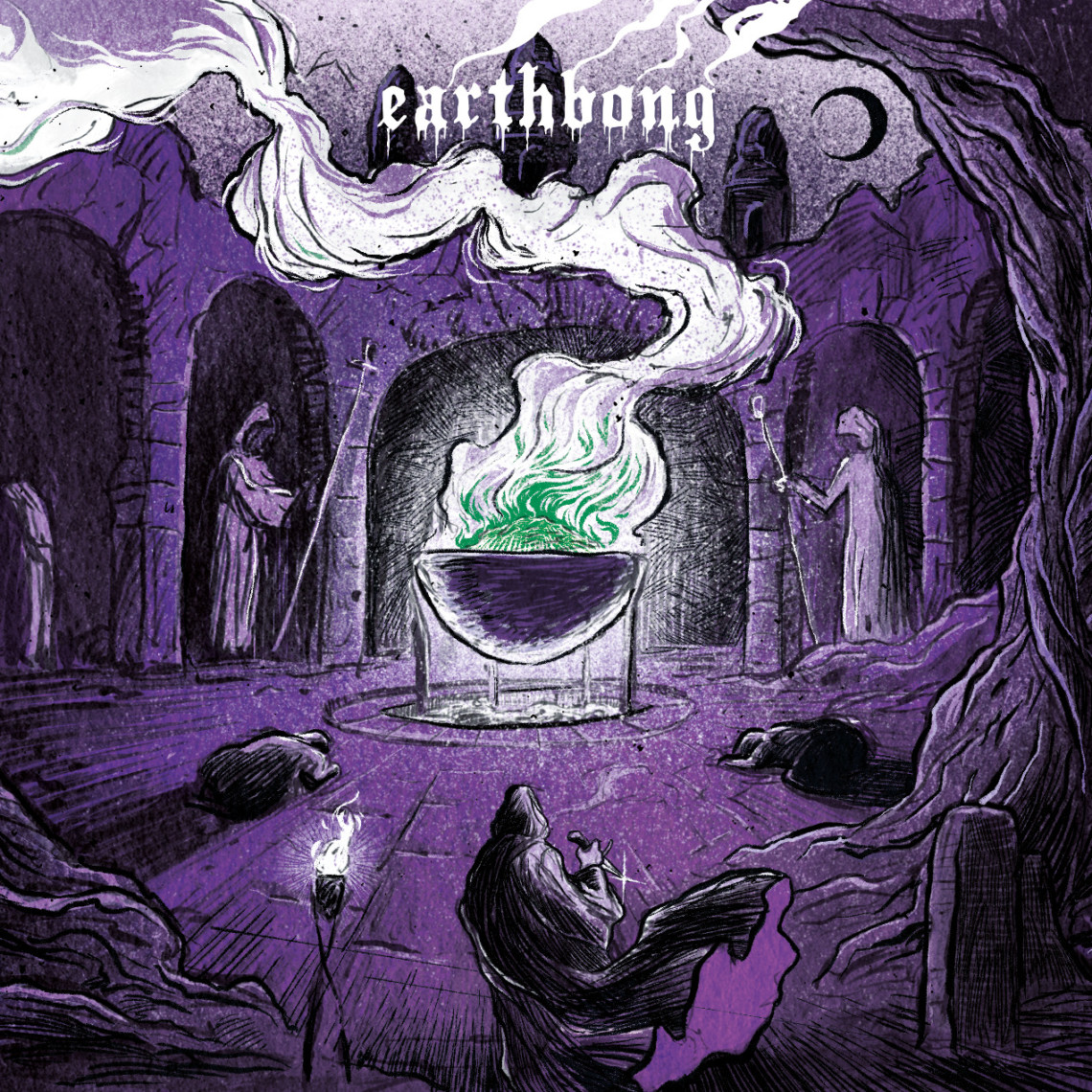 Earthbong is (not so) surprisingly a Doom band, formed after a probably hazy jam in Kiel (Germany) in 2018, they’re melting lava into sound since then. After a demo and a LP in 2018, a live recording released in February, they’re about to unleash their second album, ‘Bong Rites’ on May 15th.

The power trio is definitely dwelving into Sleep worship but they bring a darker and noisier side to it, with sludgey vocals icing the rotten cake. I really dig how they manage to make space and bring diverse elements into those numbing tracks.

As subtle as their name suggests, they chose 4/20 to reveal ‘Monks Blood’, their new ‘single’. I’m using quotes on this one, because the song is a 30min-long crushing slow-paced doom anthem, full of smoke and fuzz. I can promise you won’t notice it going though, but I’ll let you judge for yourself :

Starting rightfully with a larsen, before THE riff comes in, taking you by the guts to pull you below the ground little by little, giving time to the thick haze of Fuzz to impregnate your body and soul.

Don’t worry, they’ll give you an ethereal break to catch your breath around the 7min mark, toying a bit with you, before bringing back the fuzz, riff and heaviness, a bit nastier even.

5 minutes later, Selly’s harsh and saturated screams come in, to try to wake you up from your numbness. After the first verse, Ogo’s nifty guitar licks bring some diversity into the fog, only to crawl back into the riff-cave under the grim imprecations of the singer.

The second half of the song carries on steadily with this efficient recepy, adding variations to keep the dynamic going, and the song interesting. The relentless riff eventually breaks after 20min, fading into a darker and noisier atmosphere, almost oppressive, with the voice coming back with a mantra-homage to their first album, “ONE EARTH ONE BONG!”. This green machine slows down all the more to round off this half hour of ode to the slowness and heaviness in noises and apparent chaos.

‘Bong Rites’ has two other songs, this one being the second half of the record, be ready to experience more of this, and other sides of this gem too. ‘Goddamn High’ shows they know how to keep it groovy at a faster pace, crushing asteroids on their way, while ‘Weedcult Today’ got more of the hazy sluggish doom vibe in store for you.

Tommy (drums) and Ogo (guitar) are also playing in the wonderful and totally spaced out Krautrock jam band КОМВУИАТ ЯОВОТЯОИ (in which Ogo plays bass). If you don’t know them yet, you should definitely check them out, especially if, like me, you’re a sucker for those nagging space experimentations.