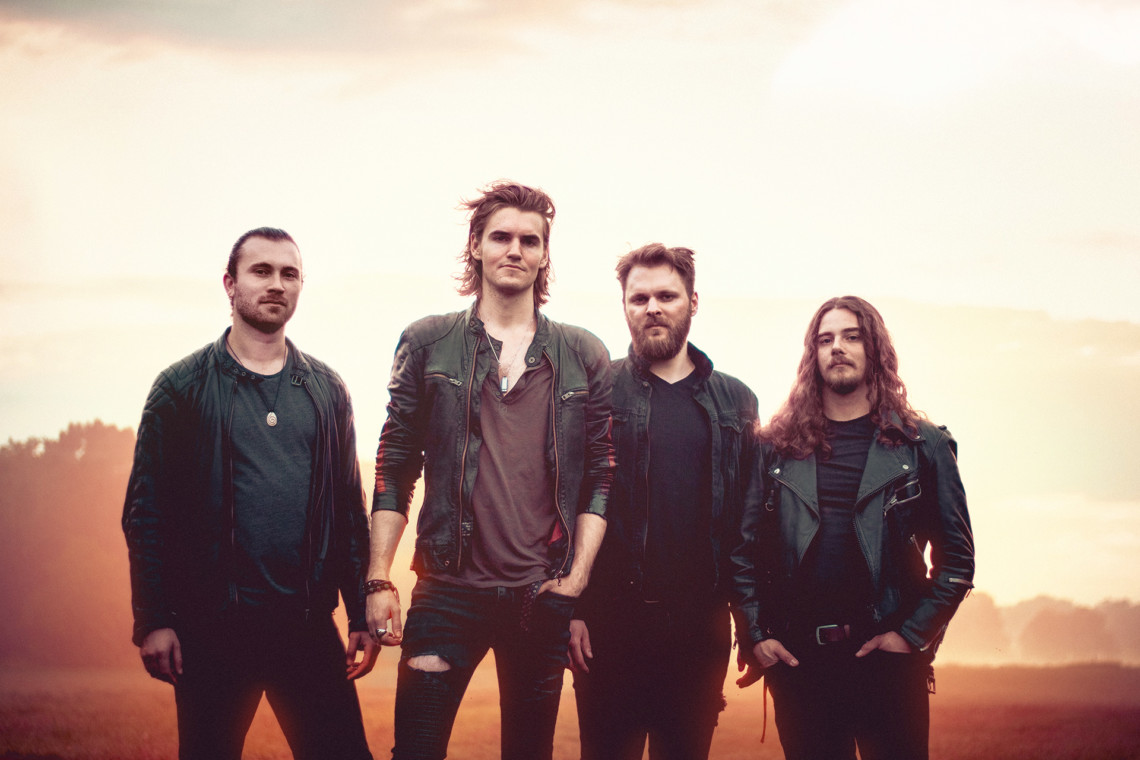 When I first talked about this kickass band, it was in 2015 to announce their well-acclaimed debut album "Return Of The Jackalope".

Now they're back in 2018, with "Life on Ares", a space-themed album, though don't be fooled, you won't find any reverb and delay effects or long spacey jams in this release.

No. Plainride are here to RAWK with the same forceful punchiness we were used to in the first album, this time even more confident in their own sound

Yep, I had the chance to listen to it, and duuuuude "Life On Ares" will most certainly become a favorite album for many fuzzers who worship the ballsy kind of Stoner Rock ala Clutch or Orange Goblin (by the way it was mixed & mastered by Alberto de Icaza, the same guy who did the latest Clutch albums or the Crobot debut album, you see what I mean

"Life on Ares" will be out September 21st

8. Blood On The Crown

10. Anaximander (And The Riddle Of Origin)

Some words from the band
about the story behind this album :

Technology gone wrong, robots ruling the Earth. In a desperate attempt to save mankind from a dreadful fate, Earth’s finest set forth on a daring endeavour: Pooling all their finesse and know-how, the scientists at Jackalope Spaceways sent out a fleet of exploration to scour the cosmos for a new home.

This is the story of flight EC69.

Originally set to be manned with an elite team of veteran space travelers, flight EC69 did not go quite as planned. Coming from a nearby show (“Riffs vs. Robots Vol.17”) the night before the launch, local rockers and notorious troublemakers Plainride snook past the lab’s security detail for a little after show fun. It wasn’t long however, before the exhausted musicians decided to ‘take a quick nap’ in what would later turn out to be the four cryo-chambers of ship EC69. With the spacecraft manned well ahead of schedule and all else going by protocol except for an array of emptied beer cans scattered around the lab, flight EC69 was sent off into the depths of space the next day.

Several weeks later, a rock band awakens from a deep and dreamless slumber. Having found out about the wonders mere weeks in a cryo-chamber can do for a pounding hangover (but also about the fact they were floating in the middle of outer space), the painstakingly adept crew made contact with an infuriated operator at Jackalope Spaceways HQ, who informed them the band were now 347 trillion credits in debt on accounts of high treason, sabotage, and also littering. Notoriously broke, the band consisting of singer Max, guitarist Fabe, bass player Leo, and drummer Florian, quickly came to terms with the fact they would have to play for audiences a little more alien than the ones at home from now on. And who knew? Maybe they‘d even find a habitable planet and save humanity while they were at it.