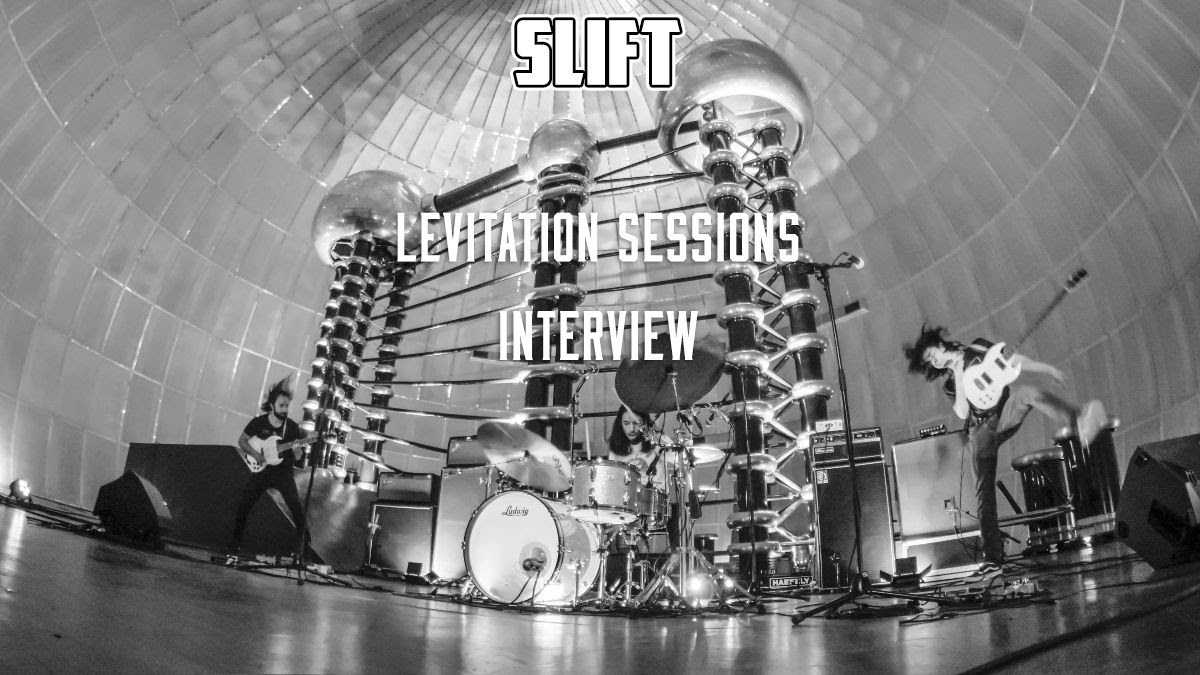 The latest one is from SLIFT, whose latest album, UMMON, released in 2020, made quite the ruckus when released and ended up in many people’s best of 2020 (including mine).

So when I saw they released a Levitation Session, I had no choice but to watch it. Filmed in a very special location, “la Boule” (the Bowl), a laboratory of the CEMES (French National Center for Space Studies), with a very impressive result. The place looks great to play in and the metallic sphere gives their sound a unique resonance and reverberation, to the point where one wonders how they even managed to record something… One of the points we addressed directly with the band that agreed to answer a few questions!

Mr. Momo: How was this LEVITATION session organized? Did the festival come to you to record it? How long has it been in the making?

SLIFT: LEVITATION contacted us to find out if we would be interested in filming and recording a session. Of course, we said yes! What they did during the pandemic with the “Levitation sessions” was really great, it helped bands and it kept playing music for people. We had “carte blanche”. We wanted a special place, a place that would be inspiring and where we wouldn’t naturally make amplified music. We almost did the session in a famous cave! But finally, the CEMES laboratory was very excited to welcome us, so we did some sound tests to see if the recording was possible. By placing the mics close to the sources, we could control the astronomical level of reverb that this place gives off. It took us two days, one for the installation, one for the filming.

Mr. Momo: The session is recorded in a CNES laboratory, how did you find this place and get authorized to play in it? Do you know what sort of experiment they are usually conducting there?

SLIFT: It is a well-known place in Toulouse because you can see it from the ring road when you drive past it. We asked them, and they immediately responded positively. They do contemporary art exhibitions from time to time in la Boule. The structures inside are the top part of an old microscope! They observed the infinitely small with that … True story, when we were playing, scientists working in the building next door came to tell us that they were observing abnormal waves, extremely slow, and that they didn’t know where it was coming from … I guess they never heard of the riff-filled land.

Mr. Momo: The critical and public reception for UMMON has been very positive and it seems like SLIFT is now on the way of, if not being famous, at least be recognized as a band that counts in the fuzz universe. How are you feeling about this? Is it more pressure or only a blessing?

SLIFT: It touches us to see that our music resonates with people from lots of different countries!  It’s magical that someone writes to us from Mexico to tell us that they are watching our live with friends and that they’re having a good time. It’s the heart of this whole music thing.

We may have the chance to play with bands that we admire (though we already do that!), to visit places where we would never have been without the band. So definitely a blessing! We’re currently working on our next album, and we’re really excited about it! There’s no pressure, we do as we have always done. We jam, imagine things, make films in our heads. We don’t wonder what people want to hear. We try to be as honest as possible when we play.

SLIFT: Keep the good work More Fuzz! Keep the dark forces away at the edge of the cosmos.

Unfortunately, the full live is not available to the public, but two songs have been released on YouTube and you can get more on the Levitation webshop.