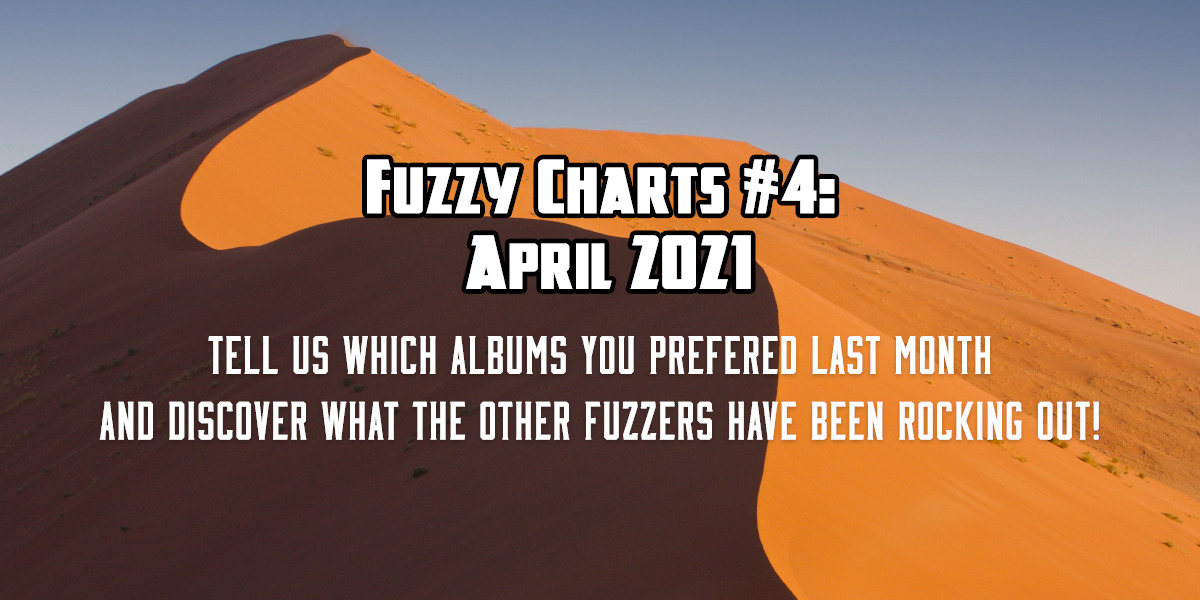 It’s that time again, here’s the monthly poll of the albums that left a mark in YOUR ears.

Let’s Get This Rollin’…
Taking Your Votes
for the Monthly Fuzzy Chart #4!

Mr. Fuzz tried it weekly a few years ago, to know what our fellow fuzzers were currently listening to. In January, I (Mr. Stone) thought this could be a cool idea to bring it back in a monthly setting, see if we missed anything in our reviews, and get to talk about more albums since there’s a lot going out these days 🙂

I personally listen to a lot of different and new albums every week, but I don’t have the time to review each of them. And what we decide to review on More Fuzz may or may not reflect what everyone is listening to…

Since Facebook made it quite annoying to make multi-entries polls, and the numbers are still not soooo high, this article here is to let you know about it, with a direct link to the form I created and pre-filled in the Fuzz Temple group eh eh. The more people participate, the more the numbers make sense in the end.

So I think this will be a good way to know what the scene is up to, and also to catch up with the best albums if you missed some of them 😉

What Are The Rules?

Click on the link below, which will bring you to the Fuzz Temple group, where I created the poll for this month.

You can vote for as many albums as you want to, and also add some if you don’t find them in there, you only need to respect one rule:

The albums need to have been released in the last month (so April for this one).

Cast Your Vote there!

Don’t hesitate to share this post or the poll directly because the more we are, the better it will represent what we all listened to this month!