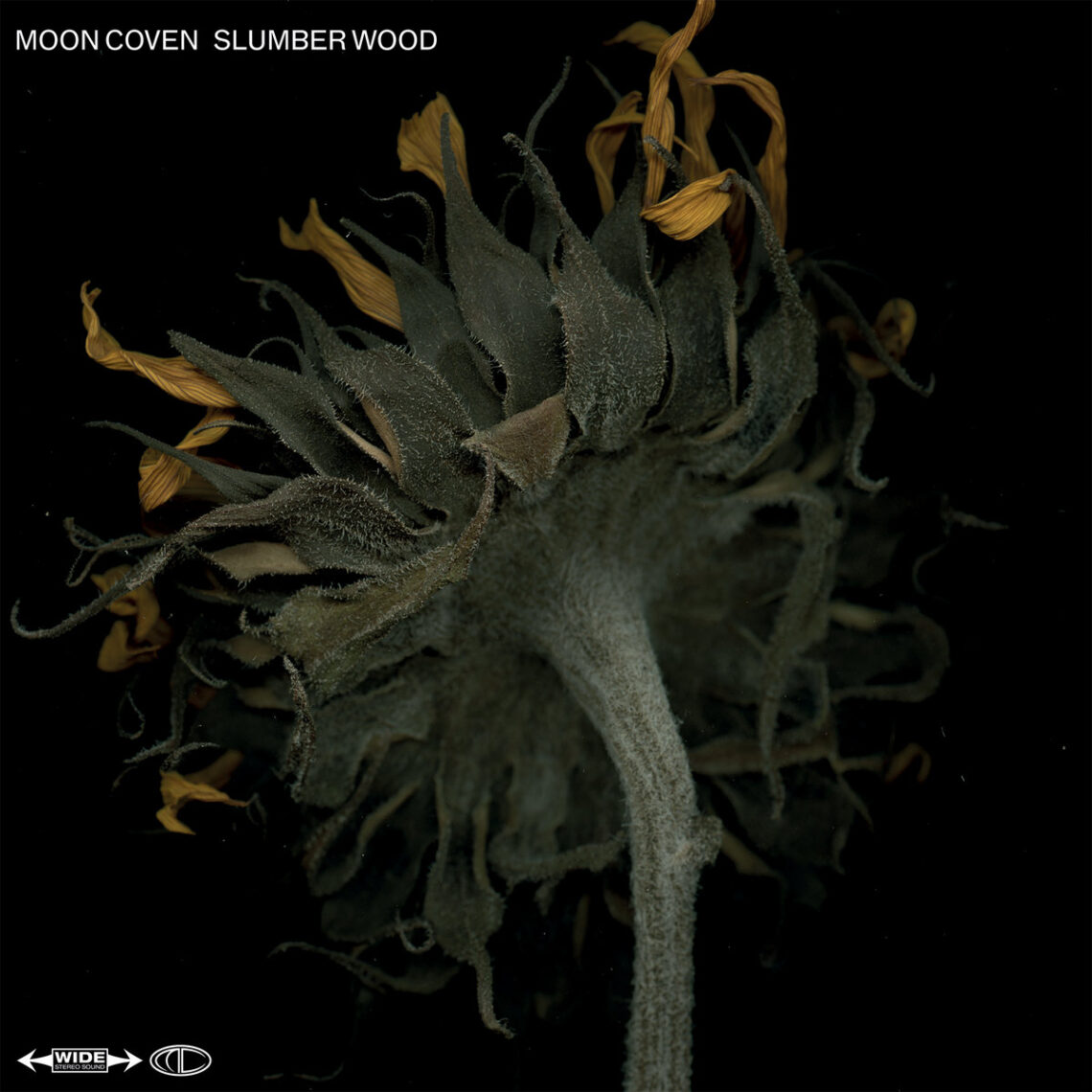 Moon Coven is a Psychedelic Stoner Doom Swedish quintet from Malmö, active since 2013, with a couple of EPs and a debut self-titled released in 2016. It’s been five years since then, but in two days, they will release their second full-length on Ripple Music, Slumber Wood. Today we offer you the full album premiere, through the great 666MrDoom‘s channel.

Check it out and let yourself drift away on those bewitching heavy vibes.

Heavy, slow, mean, and mesmerizing. ‘Further’ kicks off the album powerfully and sets up the soundscape for the whole album. It sounds like good old textbook stoner doom overall, but it’s not as simple as that, and that’s also what makes it so good. You can feel lots of influences and ideas coming from a broader spectrum, psychedelia and occult come to mind quite obviously, you’ll also find sprinkles of epicness here and there, and even some grunge vibe at times. All perfectly measured and balanced, they never overdo it or keep it too shy either, using exactly what is needed, when it is needed.

‘Ceremony’ follows the same idea, kickass riffing, thunderous drumming, and haunting vocals, strongly carrying the vibe throughout. They show a bit more nuances than on the opener, taking the time to explore the different sides of the song properly. Notice the nice solo around the middle of the track, even though it’s the only one of the record, they show here that it’s not because they don’t do it that they don’t know how it’s done. It just comes and goes quickly but it speaks volumes about the band’s musicianship, wisely integrated and timed. The use of harmonies and octaves like they do here really gets me and makes the whole mix shine even more than it already naturally does. They must also know it for they make good use of it all over the album, often towards the end of the track, to highlight what they built up previously and bring it further.

‘Potbelly Hill’ takes a bit more time to kick in, but when it does, it crushes everything on its way. Building up gently with a bluesy melody, the riff then comes at you head-on, heavy as fuck, as it should be. This relentless dragging riff is sooo efficient that it will undoubtedly hook you if you weren’t already. The vocals strengthen this feeling even more, as it does pretty much everywhere on this album, powerful, on the verge of epic, and carrying strong emotions all along. When you think this song is only about that riffage, they bring it to another level with a strongly reverberated ethereal melody, just before bringing back the riff, making it even more powerful than before thanks to that contrast.

‘Eye of the Night’ is another of my favorites. Starting off on a haunted atmosphere backed up by kickass riffage and drumming, it showcases the band’s signature vibe and its subtleties, heavy and catchy as hell, with this wisely refined blend of influences. Around the 2:38 mark, the song highlights again what I was saying about ‘Ceremony’, maybe even better here, bringing a first form of it, and pushing it even further 30sec later. This only is enough to make the whole album an instant crush for me. I get thrills every time, even after a dozen listenings. The use of the intense vocals coming back with the riff at the end only magnifies the overall impression of this song, giving it an exquisite final touch.

I feel that the four first tracks were a way to manifest the Moon Coven core, showing us where they’re at in their journey as a band in what they do best. Though this journey can’t (and shouldn’t) be restricted to this core, as it’s quite obvious, even in the previous tracks, that it’s been taking them to lots of other directions too, which they’re gonna reveal more in the second half of the record.

After the short drone interlude that is ‘A Tower of Silence’ comes ‘Bahgsu Nag’, where they display clearly their Black Angels worship. This might be the less heavy song of the album, don’t expect it to be nice or boring either. The Swedes keep that special atmosphere all along and make it theirs, progressively soaking it with their characteristic imprint. They use the seven and a half minutes of it to experiment around this lighter side of their sonic identity, trying different things out to see what comes out. The end result is brilliant, everything just flows naturally, shifting nicely from an idea to the next, showing again the wise song-crafting and range of subtleties these guys can pull off.

We come back to the classic energy of the band with ‘Seagull’, emphasizing the hypnotic side of their music. On a solid base of dragging riffage alternating with aerial passages, they make wise use of that special touch I mentioned earlier about ‘Ceremony’ and ‘Eye of the Night’. This track has a special kind of dark aura, that seems to glow somehow, as paradoxical as it might seem, giving it an enthralling touch…

‘My Melting Mind’ rounds off perfectly this album, adding a little Uncle Acid laid-back attitude to the Moon Coven sound to finish on a more relaxed note. I especially like the very end of it, with the music stopping an instant before the vocals, seemingly hanged up in the air as a goodbye.

With 8tracks summing up around 42min, Slumber Wood is an always interesting journey and a flawless album that can stand amongst the best references of this genre to me. This catchy blend of mighty riffage, striking drumming, dazzling vocals, refined composition, and wisely distilled subtleties, in a genre that isn’t particularly known for it, make it shine all the more.

In your basement, lit only with candles, cranking it to 11, frowning in appreciation while reading the Necronomicon…

Even if it took them quite a while from their previous album to this one, they’re already working on its successor, and I already can’t wait for it!

Black Helium – The Wholly Other Review