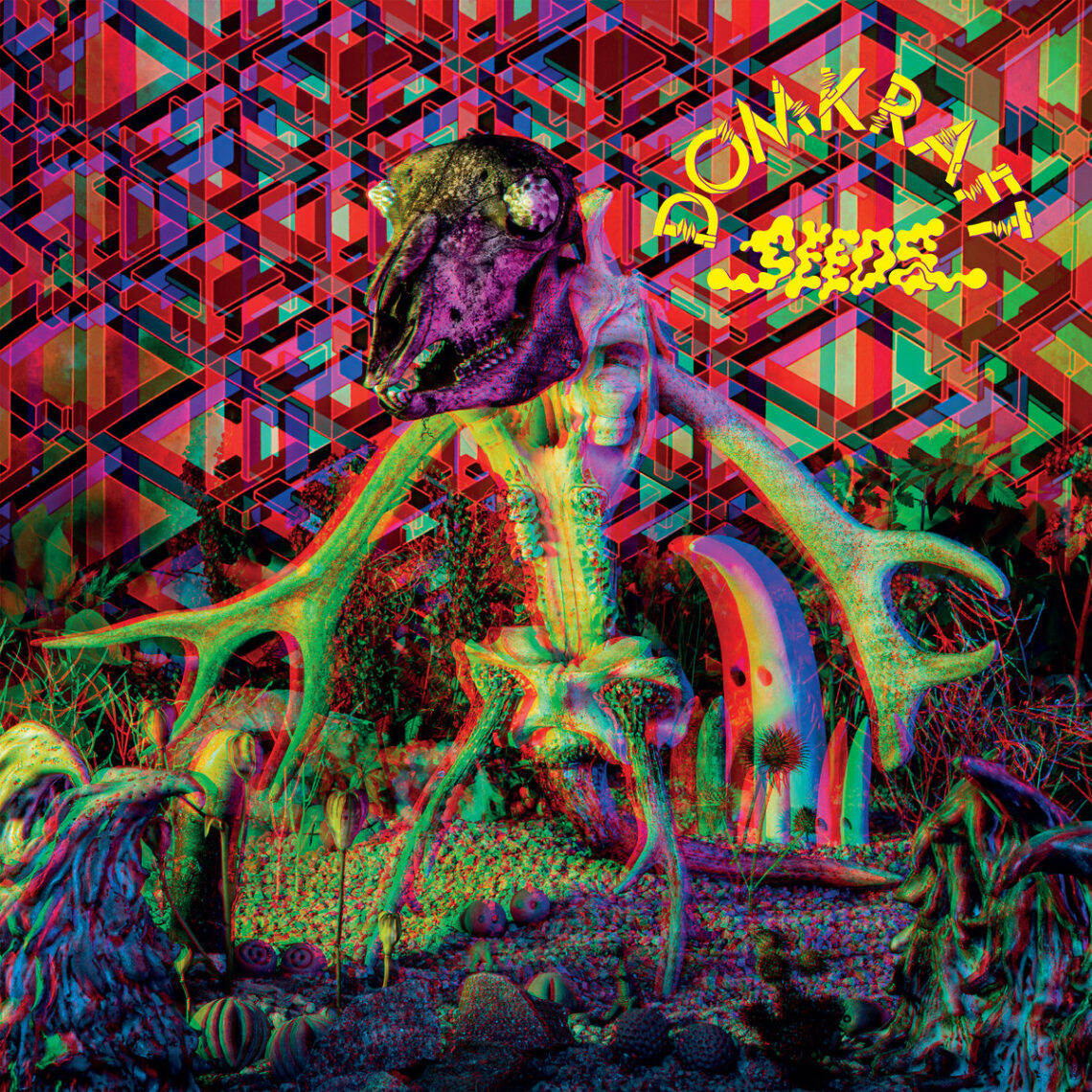 THE END OF THE WORLD AS WE KNOW IT

Swedish psychedelic doomsters Domkraft are back with their third full-length album, Seeds, released today on Magnetic Eye Records. Going away from their apocalyptic-themed album, they decided to focus on renewal after the catastrophe.

Martin Widholm (guitars) accepted to answer a few questions, so without further ado, let’s hear what he has to say.

Mr. Momo: Can you introduce yourselves for those who might know you yet?

Martin Widholm: We’re a three-piece from Stockholm, Sweden, with two albums and a couple of EP’s behind us.

Mr. Momo: How would you define your music?

Martin Widholm: Heavy stuff with a psychedelic flair. Label it how you wish, it’s all up to the listener anyway.

Mr. Momo: Seeds is your 3rd full-length album, recorded in 2020, in the midst of the Covid crisis, did that influence your work? What is this new album about?

Martin Widholm: It’s about starting over, leaving this flawed world behind and building something new and better. Most of the album was actually written before Covid hit, so the theme has little to do with that – it basically comes from how the world looked before the pandemic. Which was not all about singing and dancing either. We’ve really lost track of what is important in the long run. Seeds is intended to convey some sense of hope, rather than just dwelling in the usual post-apocalyptic imagery.

Mr. Momo: Your albums always have several long, 8+ minutes epic songs, but also always a short title, some kind of break, less than 2 minutes long, is that a signature move? What’s the reasoning behind it?

Martin Widholm: It has sort of become something of a signature, but it was not intentional at first. Both previous short tracks have evolved into full songs on the album that came after. So, Into Orbit off Seeds actually spawned from They Appear to Be Alive from Flood. And I guess Krank Blekhet will turn into a full song on the next album.

Mr. Momo: The cover art of Seeds is very particular, featuring a 3D image, how did you come up with the idea? Was it easy to implement?

Martin Widholm: The idea actually came from Björn Atldax, who does all our album art. He put an amazing amount of labor into it, creating all these creatures from parts of different animals, and then building the actual diorama landscape that was shot with 3D cameras. We just loved it and it plays so well with the music and the theme of the album. That man is a genius.

Mr. Momo: You released Slow Fidelity as a part of the first PostWax release in 2019, how did you end up embarking on this adventure?

Martin Widholm: We’ve been working with Jadd and both Magnetic Eye and Blues Funeral for quite a while, so when he suggested that we should be a part of PostWax, there was no doubt really. It’s such a cool project and gave us a perfect opportunity to experiment a bit with both collaborations and developing the sound further without having to think about an album context.

Mr. Momo: How have you lived through Covid times? A lot of bands mention that the inability to play live is of course painful, but anything beyond that?

Martin Widholm: It’s frustrating, for sure. And we miss the live thing so bad, but overall, we’ve been pretty lucky. We’ve all stayed healthy, as have our families. And we were able to record an album. So many people have been far worse affected by this, so we can’t really complain that much. But we sure long for the live circuit to open again. That will be pure euphoria.

With Seeds, Domkraft doesn’t deviate from their hallmark sound, that many define as “psychedelic sludge”. Alternating between slow to mid-tempo heavy riffing and breather moments, where the tempo slows, the guitar becomes more melodic, more acute, but always fuzzy at 11/10. Backed by a relentless heavy leaden bass on steroids and earth-shattering drums, it makes for a very particular cocktail. The monolithic sound comes and goes in waves, unstoppable, incommensurate, repeating until the listener gets overwhelmed, crushed by the sheer volume of the sluggish liquid poured on him.

The opener, Seeds, is a dark, gloomy title, with a distant voice screaming in despair. This is reinforced in track two, Perpetuator, which finishes to get you down.

We then get to Into Orbit, the tempo picks up a bit, the riff becomes savage, unwavering. Dawn of Man, still mid-tempo, is more aggressive, with a very short riff repeated ad-nauseam, relentless, until you’re lost. The album then takes a step towards something more laid back, more peaceful, on Tremors, with a long intro, even more effects on the guitar sound, notably a delay that makes it sound unreal. There is then a short interlude before going to the last track, Audiodome, which is also my favourite. A 9:22 epic that stands out as not as gloomy as the rest of the album, even if joy is clearly not the purpose, it offers some kind of redemption, hope in an otherwise desperate landscape.

Overall, this is not an album for the faint of heart. Between its aggressive heaviness and its very dark tone, it may very well crush your soul.

As for the mixing itself, it’s definitely even better than their previous albums, thicker, heavier, more encompassing, and it changes a lot as to how much you can get sucked into the music.

Considering a purge by fire and the possible beauty of what could rise from the ashes. If nothing rises, then at least it’ll be quiet.

The album mix was made by Karl Daniel Lin, who’s also handling the mixes for all of our favourite Swedish bands like Greenleaf, Katatonia, or Lowrider. The album cover of Seeds is a 3D art piece.