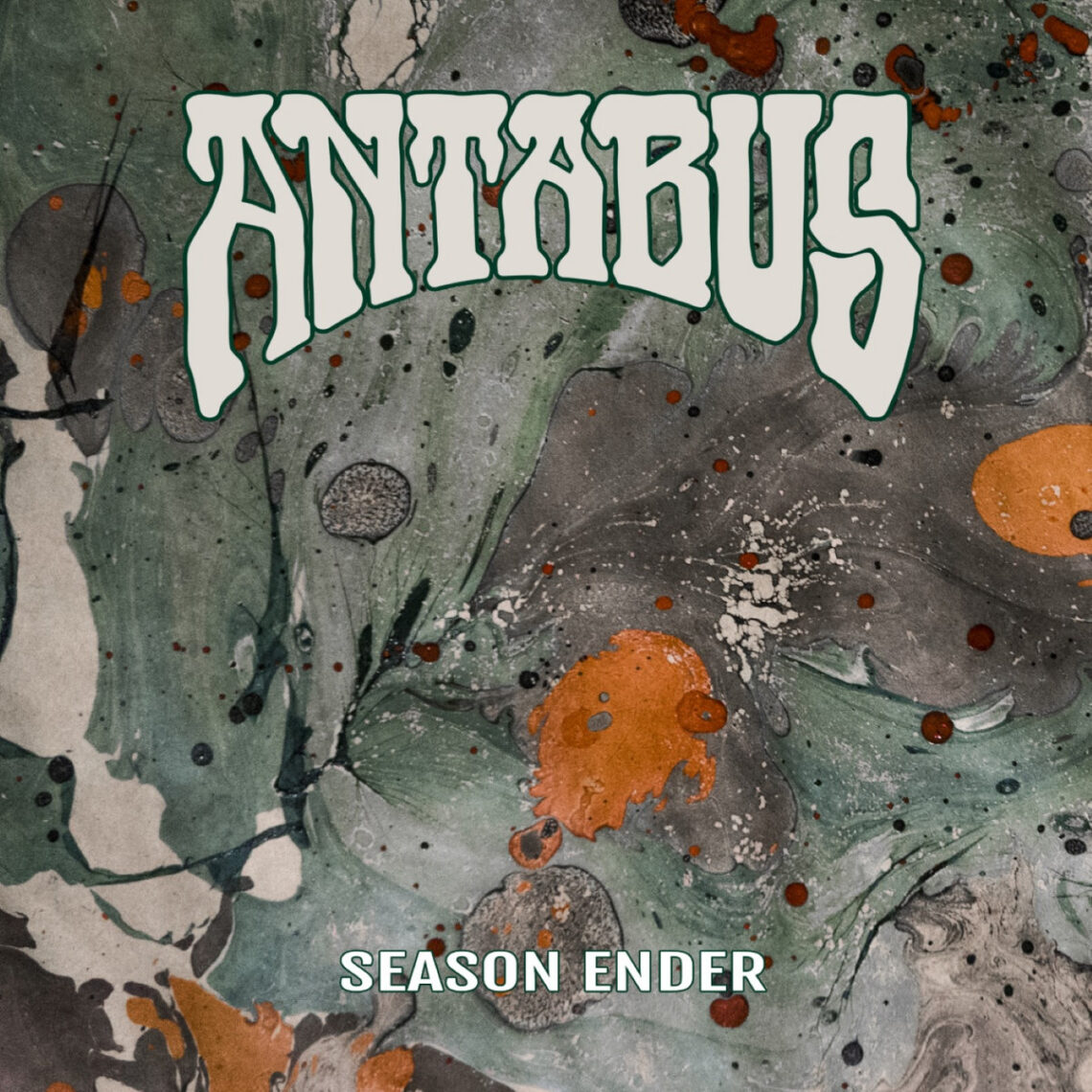 Antabus Band released their debut album Season Ender this March (2021); however, I hope this is a season opener to much more to come from this group.

Antabus is a five-piece act From the home of King Henrik Lundqvist (NHL Legendary Goalie) and stellar skiing, Are, Sweden.

There isn’t much known about these newcomers.  With almost non-existent Svenska comprehension skills (learning Swedish by osmosis while watching Nordic Noir during the pandemic was less effective than I thought it would be), a perusal of the band’s Instagram page yields that they found their female vocalist right around a year ago, and appear to be having a fantastic time while working hard on pursuing their musical passion together.

On to the music…

At six songs, and a little over a half-hour in length, Season Ender is a track-by-track sampler of neo-psychedelia, stoner rock, blues, with generous sprinkles of fuzz.

Album opener Snowshark with its plodding opening bass riff and organ melody was rather reminiscent of Neil Young style blues-rock.  Song ending repeating refrain “Snowww Shaark!!” picked up the cadence, and put a confident Antabus stamp on the sound for the rest of the record.

The vocal style throughout wavered from punchy punk delivery to dreamier-haunting reverbed balance (think Windhand), which leaned a bit of a lo-fi aesthetic that I personally adored.  Tempo-changes within the songs and a really nice balance of all of the instrumentation keeps the listener along for the ride.

There were no great surprises on Season Ender, it had a stylistically consistent thread from beginning to end, and this is a good thing. We get a good sense of what Antabus is, and the album is a delight – especially as a freshman effort.

This is a great background album while working.  Little spacey, little headbanging, but not distracting.

There is great gel/cohesiveness to this quintet; looking forward to hearing further efforts.

Snowshark / Stonebridge– [My second review with a tie]