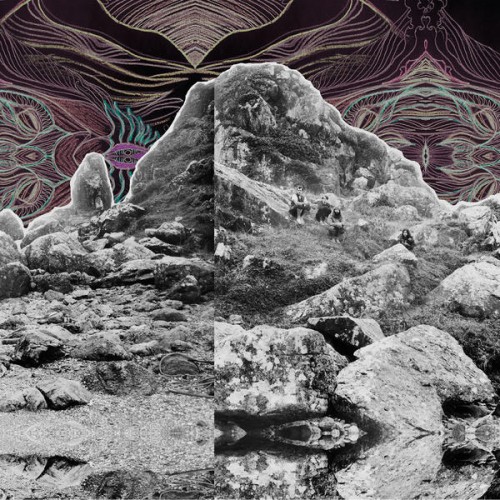 Let's Get Spiritual, Shall We ?

All Them Witches is a heavy psych blues band from Nashville, Tennessee. They formed in 2012 and released their first album, Our Mother Electricity, the same year but it is only with the release of their sophomore LP in 2013, Lightning At The Door, that they really began to stand out on the scene. Since then, they have been very busy as they went on tour several times to support bands such as Windhand and The Sword, they released a 25-minute single track called Effervescent, an official live and a special 4:20 digital release earlier this year.

If you did not pay attention to their releases since their second one, you might be surprised by this new album as they took their sound to a new level. Nevertheless, it is important to mention that there also was a huge different between Our Mother Electricity and Lightning as the door, the former being a rather traditional swamp blues rock album with a touch of psychedelia while the latter is more hard hitting and experimental – you could really feel that the band unleashed their creativity on this one. It felt like the band was telling the journey of a tripping shaman on his way back from the land of the dead.

So, where did they take us this time? Well, interestingly enough, they recorded this album in an isolated mountain cabin and I’d like to think that the location played an important part of the recording process as the album sounds more spiritual than their previous releases. There are these feelings of quietness and peace flowing throughout the different tracks that take you far away from the hustle and bustle of big cities. Right from the first track called Call Me Star, you can easily picture yourself besides a fire in a cosy house in the middle of a forest covered with snow, attending an acoustic show with a few friends. It begins as a very intimate and touching song but it grows slowly heavier as an electric guitar begins to accompany the acoustic one just before the song fades out. And as the feedback slowly dies, the band dives into El Centro, a phenomenal eight-minute jam with a build-up powered by roaring guitars and tumbling drums, that lead you speeding through the forest and leave you at the very top of the mountain – and just when you feel at the top the world, the bluesy-rock Dirt Preachers rolls in to drag you into the mud.

It is important to mention that there is almost no break between songs, the album unravels itself in the most natural way possible. It is as if the band was telling us a story, each song representing a different chapter. Moreover, one can also notice that the first three tracks give an overall good idea of what the album has to offer: a mix of peace combined with the wild energy of their jams. Indeed, the songs are generally more laid-back and have more depths because instead of pursuing their search of raw energy, they went exploring another side of heaviness.

And indeed this one is quite different from what they used to play.

Dying Surfer Meets His Maker is truly focused on the exploration of unkwown territories that were only hinted by some songs they released after their second album. A Sweet Release is interesting in that aspect because it features some tracks such as Howdy Hoode Slank that could very well fit in Lightning At The Door but there are also tracks such as El Paso Sleep On It and Interstate Bleach Party that have a similar vibe to the one that flows through Dying Surfer Meets His Maker.

This album is heavy in terms of atmosphere, it builds its own little world, like a safe haven outside of time and space where you can go and relax for a bit. The use of violin and harmonica helps a lot to create this safe space and conveys particular moods like in Open Passageways and Talisman. While on the other hand, This Is Where It Falls Apart and Blood And Sand / Milk And Endless Waters are two jams, that show All Them Witches don’t care about structures or time restrictions – the present moment is all that matters.

What’s really great is that they did not settle for keeping what made Lightning At The Door so popular. They tried something different. Overall, if this album does not feel as hard hitting as the previous one, it is more soulful, more honest and it gains in depths what some may regret it lacks in “pure” heaviness. It is just so different that it is pointless to compare them both. This is simply another chapter in the history of the band. And who knows where they are going next?

The only thing we can hope for is that they will keep jamming their brains off.

In a cosy room with a glass of whisky.

It is hard to put a sticker on that one but if you like acoustic blues rock with a touch of heavy psych, this is for you.

All Them Witches Links