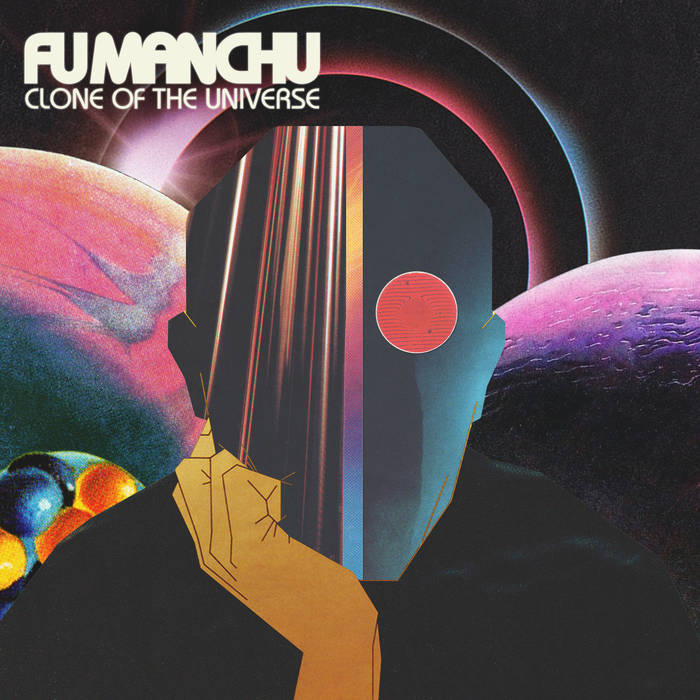 The Californian Stoners Keep It Fresh After 12 Albums

Three years after “Gigantoid”, veteran stoners Fu Manchu present their latest record, “Clone of the Universe”, their most ambitious effort since 2002’s “California Crossing”. The album builds on the sound and themes the band has been working on since the mid 2000s, replacing muscle cars, skateboards and boogie vans for sci-fi, starships and robots, as well as adopting a heavier and more intense sound. These elements are especially present in these 7 songs: there is no room to breathe, no time to relax no space in-between. It is one punch after the other.

It all starts with “Intelligent Worship”, an excellent opener similar to the classic Fu Manchu of the 90s. This song could have been on “King of the Road” or “In Search Of” and we wouldn’t have noticed much difference. But it quickly makes way for “(I’ve Been) Hexed”. This is when it starts to get intense. With a heavy lead riff that could have easily been something written by Tony Iommi, “Hexed” sets the tone for what’s to come.

Up next is “Don’t Panic”, one of shortest songs in Fu Manchu’s discography. But what it lacks in length, it makes up for in energy. This will certainly be one of the high points in their next tour’s setlist. “Slower Than Light” has a completely different vibe though, with a haunting riff that builds for the chorus and fades for the verses, before exploding at the end of the song, abruptly ending the song right into the drumbeat that introduces “Nowhere Left To Hide”, a more straightforward track that feels like it could have been something left out from the “Gigantoid” sessions.

The lead single and title track, “Clone of the Universe”, comes up next, and we get a better feeling of how well it fits into the album’s vibe, blending perfectly into the songs around it. And finally, we get “Il Monstro Atomico”, Fu Manchu’s longest track to date, more than 18 minutes in length, a true progressive stoner song that features none other than Rush guitarist, Alex Lifeson. “Il Monstro Atomico” isn’t only the boldest thing Fu Manchu has done in decades, it’s the boldest thing any of their contemporaries have done in ages and it is awesome to know the band you have always loved can still blow your mind after 12 albums.

If you’re a fan of Fu Manchu’s classic hits but you’re a little lost on where to begin on their new stuff, “Clone of the Universe” is great because it shows just how much a band can change their sound without losing their identity. If the last thing you heard from Scott and co was “Mongoose”, I’d love to see your reaction listening to “Il Monstro Atomico”.

The Age of Truth – Threshold Review