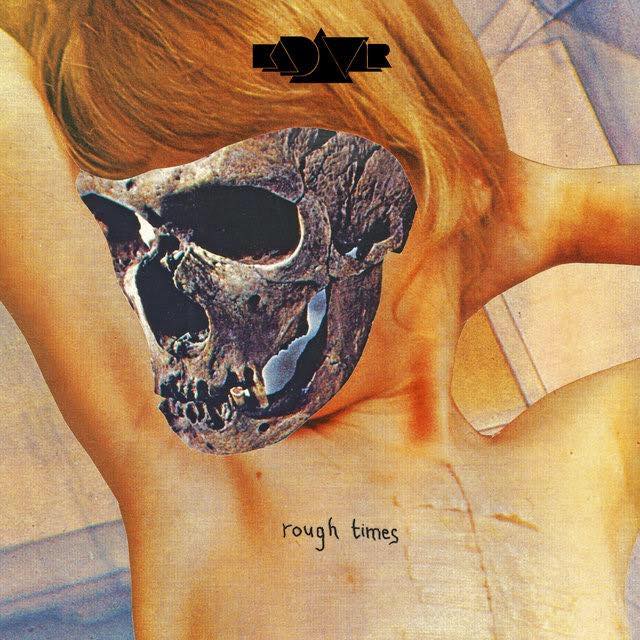 The German Trio Does It Again!

One of the biggest and most promising names in fuzz, retro-rockers Kadavar, from Berlin, Germany, have raised the bar when it comes to album releases. With a perfect winning streak marked by three amazing efforts, the power trio established a characteristic sound we now can recognize by a single guitar strum. But, with their fourth release, “Rough Times”, Lupus, Tiger and Dragon stepped outside of their comfort zones and experimented like never before.

This collection of 10 songs starts off heavy. Heavier than they’ve ever been. The opening track, “Rough Times“, begins with a punch in the teeth marked by Dragon’s aggressive distorted bass riff, complemented by some of Tiger’s heaviest drumming since their debut. The uptempo urgency of the verses makes way for one of the album’s greatest moments by the end of the track, with Lupus’s psychedelic vocals accompanied by a simple but powerful riff that blends right into the next song – “Into The Wormhole” – a slow, bluesy and doomy piece with a simple riff marked by the loudest bass you’ll hear all day. And then it’s the album’s highest moment: “Skeleton Blues“, a perfectly balanced song that takes all we love about Kadavar and boosts it up a notch. The heavy verses and spacy chorus show us the diversity this band is capable of as you’re quickly taken from a mood to another in an organic and natural way. There’s so much to love about “Skeleton Blues“, you’ll find something new with every listen.

After these three first tracks you’ll notice a change of atmosphere for Rough Times as the mix comes back to more familiar ground for the band, evident by the cleaner bass tone. The lead single, “Die Baby Die“, seems like it could have come straight out of their last album, Berlin, reminding us of songs like “Pale Blue Eyes” and “Stolen Dreams“. But that throwback is quickly over as “Vampires” begins. One of the most modern-sounding tracks Kadavar ever recorded, “Vampires” presents calm and eerie verses and a catchy, radio-friendly chorus that will certainly divide opinions. “Tribulation Nation” is no different: a spacy track with a strong 80’s vibe that will be met with really distinctive reactions.

The seventh track, “Words of Evil“, was presented before as a Scion AV exclusive single but trust me – like “Into The Night” before it, this one got a lot better. Not a little. A lot. Easily one of the standouts on the album, “Words of Evil” must be a staple in every setlist throughout the Rough Times tour. I can’t say the same about “The Lost Child“, though. The longest track on the album, with almost 6 minutes, it’s also the biggest departure Kadavar has even made from their characteristic sound, with keyboards and samplers along its verses giving the listener a strange, uncomfortable feeling.

But all that negativity is soon washed away by Kadavar’s first real ballad – “You Found The Best In Me“. This amazing little track makes you want to sing along with its catchy chorus and must surely be amazing live, with its chilled and relaxing guitar hooks and vocal lines. Close your eyes and you’re taken for a walk on the beach in the most beautiful of days. After that, the album is closed by the spoken word track “A L’Ombre Du Temps“, “In the Shadow of Time” in French, giving you a reflective feeling like you just stepped out of a cult movie.

Do I think Rough Times is Kadavar’s best album so far? No, I don’t. But I think it might be their boldest: a step they had to take. The band clearly doesn’t want to be known for a single formula and we can’t blame them for that. Now with their own studio, the German trio will have a lot more liberty to experiment on future albums. Let’s wait and see if they do.