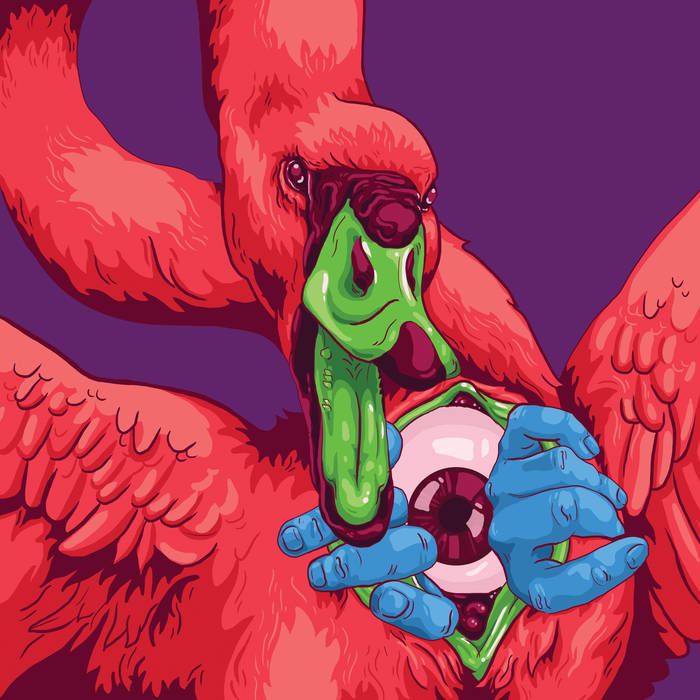 3rd and final strike of the EP series by the motley trio from South Africa, and they don’t disappoint!

A few months ago we talked about the bands “Fox” EP and also I placed it on the number two of my Top 10 2016 list. On April 1st they released “The Real Swan” on their Bandcamp. At first I thought that might be their actual EP but a look at the song titles [“Eusebiuss MacKaiser sex talk”, ”Let me slip into something a bit more comfortable (a.k.a. dress up like my mom and run a creepy roadside motel)”, “Do you remember that time you spent listening through my avant-garde instrumental album trying to find out if there were real songs hidden in it?”] and the absence of lyrics made me realise quickly it was a Zappa-esque prank for April’s Fool! I mean come on you guys! The real deal came a few days after, when Annemarie Buchner captured our eyes like the 3rd eye in the swan’s belly. The band wrote it and recorded it a few days while they helped with the building of the new studio.

In the same manner of the previous two EP’s, the recipe here is again the same but much more riff-oriented, garage rock based with a balls-to-the-wall attitude.

Relentless riffage right away from the very start and the Jack White’s vocals offspring hit you hard! The guitar tone is thick like a dam made of titanium and the riffs stomping on your ear canal as lazy elephants! The drum sound and especially the snare (courtesy of Benni Manchino) maybe put off some by its sound but the band keeps the lo-fi flag high but again this is a matter of personal taste and what fits the final product goes according to the band’s opinion. Also hats off to Jimi Glass and his thunderous basslines!

The “Cloak Full of Serpents” has a doom-y riff that contradicts completely with the “Canabasis” that has the hardcore elements in it again with Mr. Holiday laying the groundwork!

The next chapter belongs to the rhythm section of the band where they are the bedrock of “Honey in a Lion Corpse” with their prog-ish jam at the start before the crazy soloing comes once again.

“Monarch Of The Hills” is the single of the EP and is stands out with the use of the organ and how it complements the whole structure of the song in a subtle but yet necessary way in terms of melody. It really embodies all of the above elements (heavy and ferocious especially towards the end).

The final track is quite odd due to its length (seven minutes instead of the standard 3-4 minute tracks) and its blend of fast parts with doom and slow passages again with the organ (played by the guitarist) making an appearance. Travelling back and forth makes the whole experience like an acid trip and maybe it is a hint for their next effort. Who knows?

In a lysergic state, staring at the cover!

Monarch Of The Hills