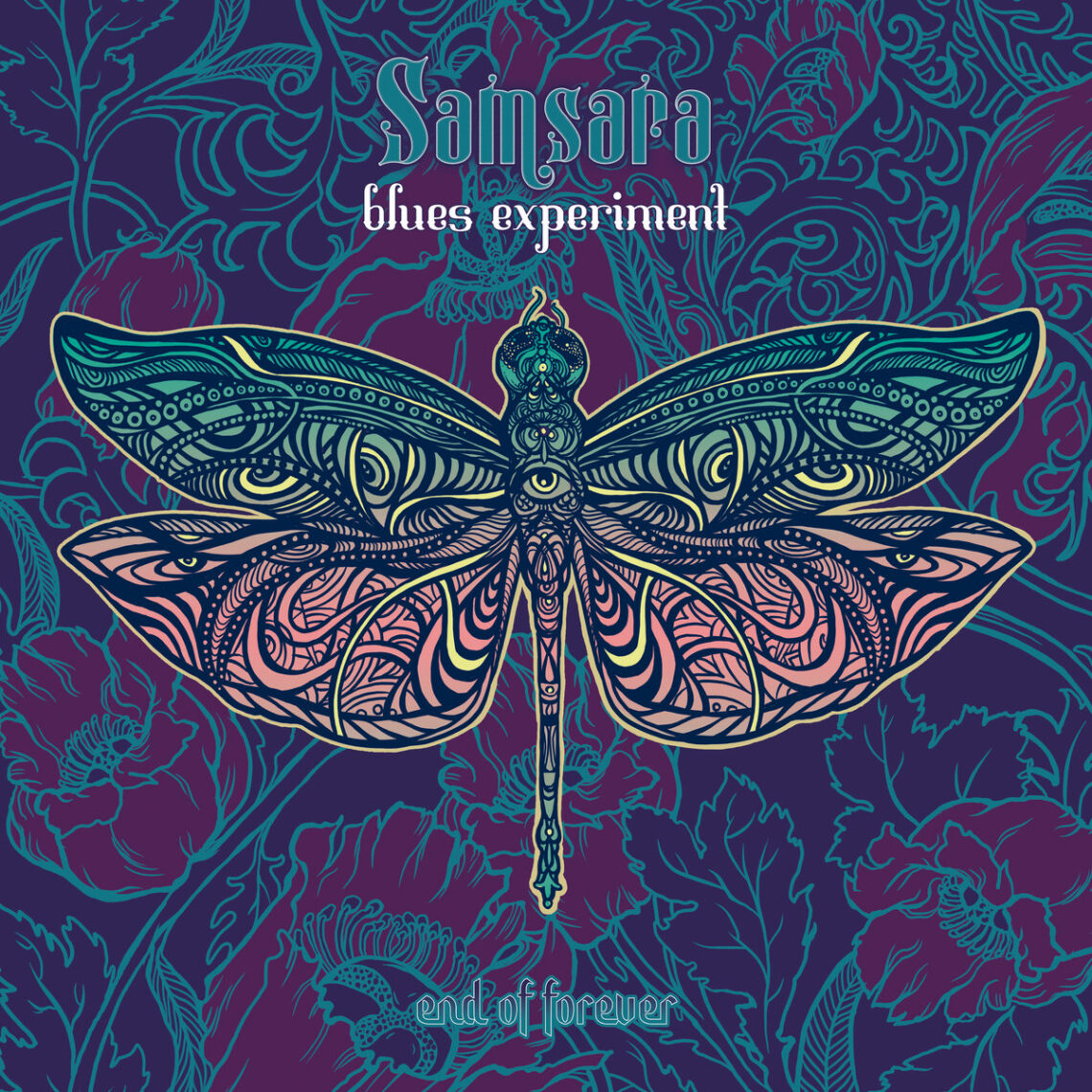 Is this the end or the final installment of the experiment in which blues cyclicality of all life, matter, existence fades into nothingness ?!

From Germany, the masters of heavy psychedelic rock, Samsara Blues Experiment release their (possibly) final record End Of Forever. SBE might be one of the most innovative rockers in the modern era of fuzz, and beyond. I’ve been fortunate enough to have continual dialogue with lead singer and multi-instrumentalist, Christian Peters. He shared with me the latest (at the time, unreleased) album End Of Forever. We also had a pretty cool Q & A session which was published in December (here you go if you missed it). Chris told me SBE are going on an indefinite hiatus. What he didn’t tell me however, is that End Of Forever might very well be the last Samsara Blues Experiment album. If I’m reading between the lines, it sure looks as though it’s the end. I must admit, selfishly as a fan I hope it isn’t. But if it is, I understand. All great things come to an end. Change is the most constant. Good thing is, change, when harnessed with intention–can lead towards extremely profound things. The future is unknown. If in fact End Of Forever is SBE’s final album, then they went out with a bang. It’s a beautiful record.

(Before I continue: if you or your friends haven’t discovered the brilliance of Samsara Blues Experiment… then I promise you, you’re doing yourself a disservice. My recommendation to everyone who is new to SBE, is after you finish reading this review — put headphones on, and listen to their entire musical catalog. I suggest starting with End Of Forever, then listen to every album from the latest release to the beginning of when they started making records, and then replay them from the beginning to the latest. Enjoy their magical musical journey. …Ok, now back to the review. I thought I’d clear the air here, before I went on.)

In a lot of ways, End Of Forever is a collage of sound. Chris did mention that some of the songs on the album are songs written a few years ago. The haunting beauty about End Of Forever is that each song within the album blend extremely well together regardless of when the songs were conceptualized. A story is being told inside the nonlinear time period of when the songs were written. Maybe subconsciously this is what is meant when saying “end of forever.” They took a little bit of what they’ve been sonically creating the last few years, sprinkled some evolving visionary inspiration into each song, and then seamlessly stitched the songs perfectly together. Finally sealing it, as a packaged juggernaut of a finished product. They’ve shared with us all, their love letter to: the end.

End Of Forever opens up with ‘Second Birth.’ In some ways, it might be an extension from One With The Universe(?). This is a progressive power piece. The first five minutes takes off with a groove led by Hans Eiselt’s bass, accompanied with drummer Thomas Vedder, and Christian Peters tripping out the scene with analyzed synth and keys. It’s not until about midway through, when Mr. Peters plays and works in his signature guitar sound. ‘Second Birth’ is about as an addictive melodic groove anywhere on this album. I personally have a hard time getting enough of it …and this is how SBE open the gates of End Of Forever.

‘Massive Passive’ is a playful psych-prog beauty. It begins with an acoustic guitar, eventually moving into classic retro SBE style.

‘Southern Sunset’ has that ‘Soul Sacrifice’, Santana sound. It’s a pretty visceral opening, Mr. Vedder’s drum flourishes with psychedelic tribal beats, while Mr. Eiselt’s bass sets a tone, combined with massive layered keys and ingenious lead guitar from Mr. Peters. Texturally as if this trio of power has been possessed by a psychedelic serpent, ‘Southern Sunset’ is a multi-fazed maze-like song structure. It slithers and slays with old-school-like thunderous riffs, and 60’s inspired jamming groove.

A refreshingly light prog-rock arrangement, ‘Lovage Leaves’ is nestled beautifully in the middle of this album. Its mystifying structural detail reminds me of some of the synthed-out prog-rock masterpieces that were being written and recorded in the early ’70s. It’s cut from the same cloth for sure. It certainly sets the table for what is to come on the back end of this album.

‘End Of Forever’ is the gorgeous and haunting title track. This is a brilliant composition. The trio, man… Hans Hiselt’s bass stands out with larger than life leads and rhythm. Thomas Vedder’s intricate, energetic and electrifying beats. Christian Peters brings the keys, conceptualizing the mood like a soaring ballad, and filtered through the production lens of grand guitar chords and spectacular solos. The lyrics on this song are exploring the theme of the inevitable. It’s somewhat heartbreaking.

(Excerpt from End Of Forever)

“All the bits and pieces of a long gone past, lie shattered to my feet while I got nothing in my hands, for all I wished my life would ever be, I only learned the good things weren’t made to last. Save me, cause soon I may forget what it means to be a man – with all these day dreams – don’t care to wake up, don’t wanna fall asleep again … but you won’t save me.”

‘Orchid Annie’ is the second longest track on End Of Forever. It’s melancholy. The musicianship between the trio within this song is packed with heat. The lyrics and vocals are compelling and deeply heartfelt. It’s a tribute, or so it seems. I personally didn’t have the courage to ask Mr. Peters during our interview who Annie is/was. Maybe I should have(?), and maybe I would have received the answer. However. Part of me enjoys the mystery of not truly knowing, while allowing SBE’s musical and lyrical expression to do the talking. That’s the beauty of art for me: letting my imagination within art paint the picture for the ones who receive, and receive with an open heart and mind. ‘Orchid Annie’ is evocative, moving, atmospheric, almost nostalgic; it’s musically sublime.

The final song, ‘Jumbo Mumbo Jumbo’ is a Bonustrack. An instrumental piece composed of progressive texturally exciting passages. SBE punctuates the ending of End Of Forever almost as if they’re lifting off into another realm. Super bittersweet. I’m left wondering, is this the last song, on their last album? Regardless of the outcome, when ‘Jumbo Mumbo Jumbo (Bonustrack)’ fades into nothingness I’m compelled to go back to the beginning and play End Of Forever again, and again, and again.

I have a lot of reverence for this album. I’ve listened to it nearly a hundred times already. This will be one that I play over and over and over again. End Of Forever is a sensational follow-up to SBE’s 2017 masterpiece One With The Universe. If this is how Samsara Blues Experiment decide to go out, then they go out leaving everything they wrote inside their entire album catalog. For me, End Of Forever represents a nostalgic piece, a collage of influential shadows and evolution which punctuates SBE as one of the heavenly bands creating music today. There’s not many that I revere to the level of this band during this day and age. So for me, if all good things come to an end, then might as well go out while on top of the game.