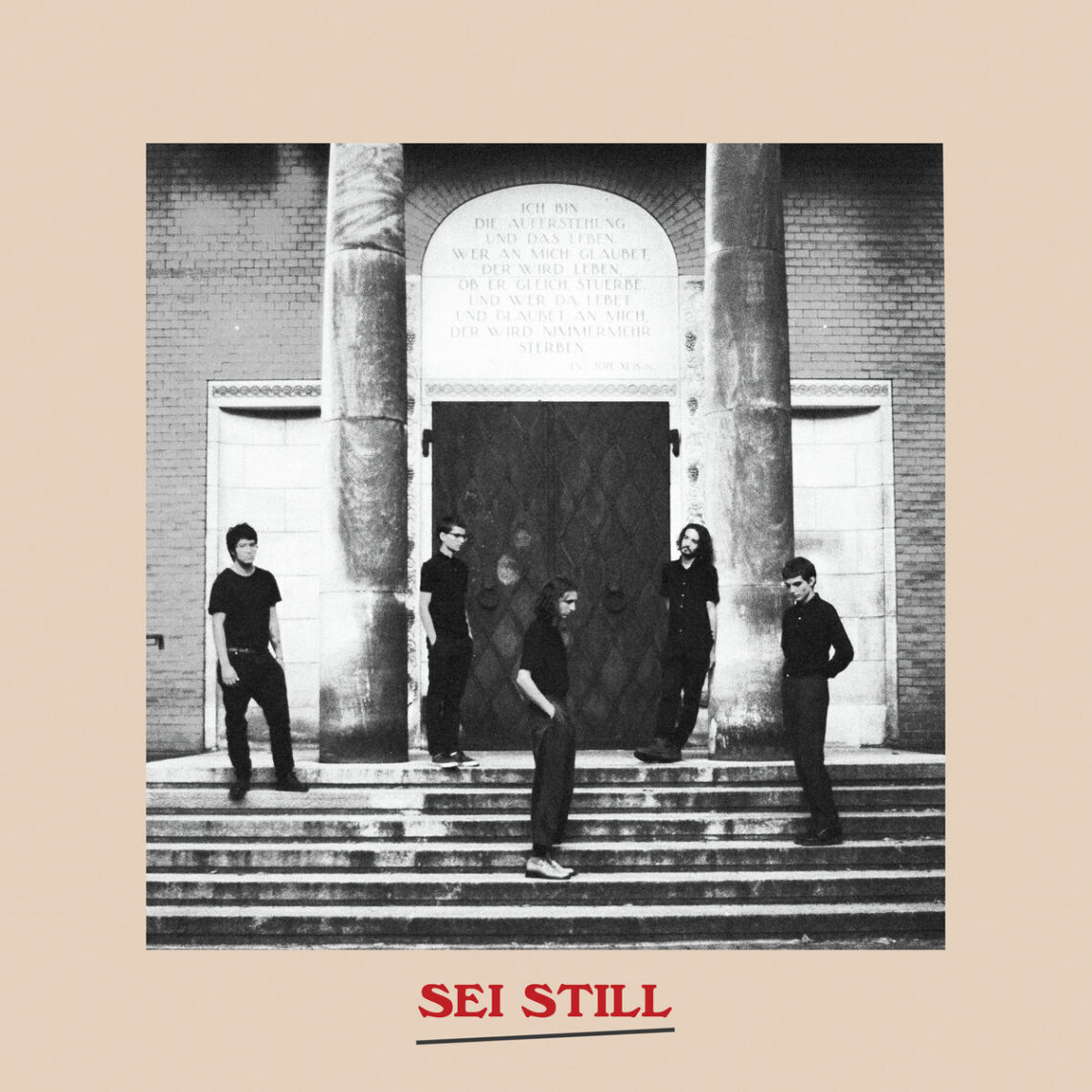 SEI STILL EMBRACES THE DARK SIDE

I loved Sei Still’s self-titled debut album, out in April 2020, which ranked 4th in my Best Of 2020. Since then, the Mexicans have moved to the home country of Krautrock, Germany, have toured Europe during the autumn (a real pleasure to see their first show in Paris, go see them live, the raw energy is incredible), and are now releasing their second LP, El Refugio, still on Fuzz Club Records.

Mr. Momo: It is surprising to see 5 Mexican youngsters turn to krautrock, what drove you to form a band playing this type of music?

Sei Still: When Andrés, Lucas, and Mateo started playing and composing what would start to become Sei Still we really got into Neu, Can, Popol Vuh, and many other german bands from the ’70s and we instantly felt related to the way the music was so simple and so complex at the same time. We wanted to try and get to that state of mind through repetition, so by the time Sebastián and Jerónimo entered the band, we started to improvise on really long and open structures and were amazed at the results.

Mr. Momo: Just after your first album came out, you decided to relocate from Mexico to Berlin, can you let us know what were the reasons behind this move?

Sei Still: We thought that we needed to play in front of new audiences and Europe was a really good option to start touring for many reasons. In retrospect, Berlin was kind of a random choice, of course, related to the deep connection we had at that moment with the krautrock movement.

Sei Still: Well I suppose it had to do a lot with arriving at a new place, where none of us spoke the language, the early breakout of the pandemic, not being able to play live… all of that really put us in an awkward position personally and artistically, so the change was, I think, forced on us. We didn’t want to make the same record twice, we had to explore new music, new influences.

Mr. Momo: What do you want to convey with “El Refugio”?

Sei Still: El Refugio is a very personal work, we mostly work based on sensations and concepts like friendship, despair, or paranoia. We still have this thing with soundscaping.

Mr. Momo: You did your first European tour this autumn, how was it, and what did you retain from it?

Sei Still: The tour was an amazing experience for all of us. To see so many people that were interested in what we are doing was a big change for us. I think what sticks is for sure that touring is the best way to travel and to know the cities from the inside out.

Sei Still: It’s hard to say what’s really next for us as uncertainty always strikes, but for sure to keep playing and keep making records.

While still marked by motorik rhythmics, El Refugio marks a real evolution for the band, evolving towards more of a new wave / post-punk sound. The songs are shorter, punchier, tougher. There are many more spoken lyrics in Spanish, for the listener’s pleasure. I’m usually not a fan of sung Spanish, but the eerily chanted lyrics with a lot of echo sound unusually compelling.

You can hear the change from the very first moments of the album’s first song “Extraradio”. The bass first comes into play, heavily reverberated, with a sound straight out Joy Division’s darkest songs. Then the guitar comes in, much more metallic than on their first album, a sound that Bauhaus wouldn’t deny. Even the voice is rougher, more aggressive. The second song, “Me Persigue” (“It haunts me” in Spanish) is in the straight continuity, cold, blunt, and obsessive. The pace accelerates a bit on “Exilio” with a very 80’s sound on the drums. Yet there are still some slower songs, like “Soldados Caidos”, “El Peso de la Piel” (which is also the only instrumental song) or “El Refugio”, which give a welcome rest to the overall aggressivity of the album, even if they’re still quite dark. The keyboard and effects are also much more present throughout the album.

Despite their evolution to a style I don’t like as much as I did with their first album, Sei Still is a band I will continue to follow very closely. And if their evolution has taken them to a darker side of music, they surely have not renounced their passion for German music!

On a dark winter night, contemplating the rain dancing below the lights of the city, reflecting on the grey and used pavement.

DoctoR DooM – This Seed We Have Sown Review