DoctoR DooM – This Seed We Have Sown Review 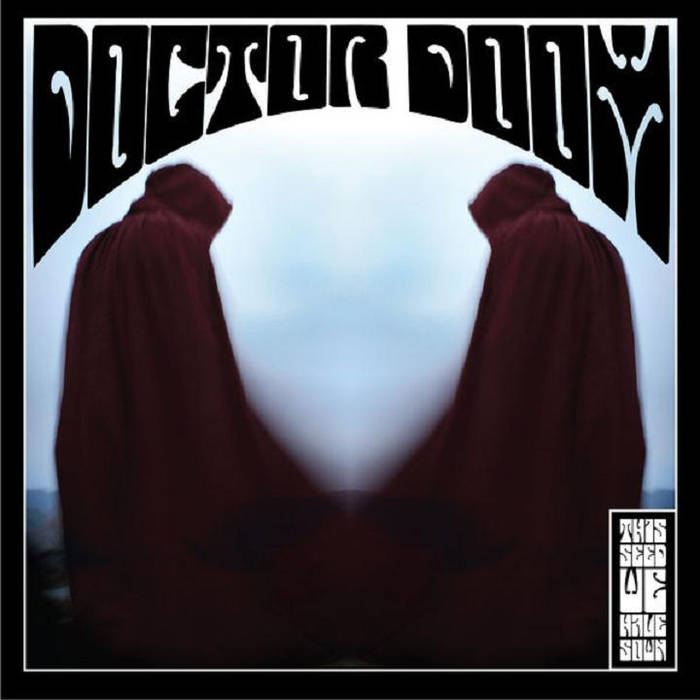 Beware Sweden, France has a strong contender in the Retro-Rock scene!

DoctoR DooM is a band from Pamiers, France formed in 2011. They recorded their first demo called “DoomO” in 2013, but it was until the release of their debut album this year, through STB Records and Ripple Music, that the band gain incredible attention from the heavy underground global scene.

With “This Seed We Have Sown” you’ll see a band presenting an album with a warm sound thanks the mastering job done by the mighty Tony Reed (the main man behind Mos Generator and Stone Axe).

The first track of the album, “The Sun” starts with some fuzzy bass lines that evolve into a powerful bluesy tune with some spooky elements. From that very first moment you know you would be treated in a special way with a good dose of Retro-Rock full of beautiful arrangements. They even added some prog elements into the mix, which reminds me of Jethro Tull early days.

With “Abso-Fuckin’-lutely” the band proves that not only Sweden can be a Pilgrim’s place for all the Retro-Rock lovers. In this sense, DoctoR DooM delivers a powerful song that can match even anything Graveyard or Horisont have recorded in the last years. After that, the Heavy Blues says “present!” with the incredible “Stuck In The Past”, a song that gives a lot of space to their guitarist to deliver some good solos. As for “So Jinxed”, this one counts with some strong bass lines and keyboards arrangements, showing that the good musicianship is the foundation of the band.

The second side of the album kicks off with a pair of songs that follows the same mood of previous songs, “Relax You’re Dead”  and “Behind The Shadow”, straightforward rock songs that save the best for their last minute when they reach their climax with some closing guitar solos.

The time arrives for “At War With Myself”, a Heavy Blues song in which Jean-Laurent Pasquet sings with incredible feeling what I consider the best lyrics of all the album. Also you can appreciate some good keyboards arrangements thanks to Sébastien Boutin Blomfield. The album closes with “Truth In The Dark”, a very good finale that serves well to deliver, once again, good guitar and bass solos.

In the end, you’re in front of one the strongest efforts of the year; I bet this is going to rank high for many critics and bloggers of the scene. Also, this album is a good proof of the everyday growing of the Retro-Rock scene, where tons of bands are delivering strong records that don’t sound outdated; on the contrary, these are bands are revitalizing the global heavy scene.

You should check carefully the band’s Bandcamp page, beside their debut album you’ll find the “DoomO” demo and a 7” with a cover of Coven’s “Wicked Woman” !

At War With Myself