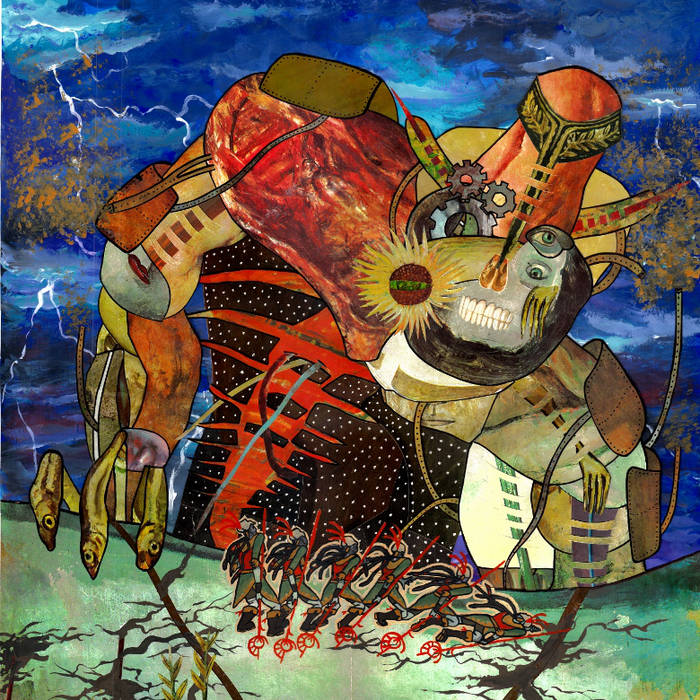 This is the Soundtrack of the Human Despair !

Terror Cósmico is an instrumental duo (guitar and drums) from México City playing an interesting mix of stoner, doom, experimental, thrash, jazz elements…, which can be easily described as a post-metal band in all its glory. The music is very dense, with complex structures covering different moods that can be related to human emotions: madness, despair, fear, grief, hopelessness. In the end, the sum of all that creates a very somber atmosphere that hits you right the face.

“Devorador De Sueños” is their second LP, a magnificent follow-up to their debut “Muerte Y Transfiguración”. The album starts with “Subdimensión”, an intro that prepares the listener for the madness to come. After that comes “Dominio”, a nice stoner piece with some good exchanges between the guitar and the drums.

“Sus Verdaderos Nombres Son Los Antiguos” follows the mood established in the previous track, a little bit longer and with more intricate arrangements. Then it’s the time for “Era De Los Trastornos”, a track that has all the heavy elements and something more: thrash drums, experimental passages, stoner riffs and hypnotic doom tempos.

“Los Extintos” can be heard as a bridge to the second half of the album. “Espectro Electromagénetico” is a piece full of avant-garde elements and Crimsonian guitar arrangements. The more contemplative side of their music arrives with “Agosto Del 78”, a superb piece that has some Psych and Space element. With this one, the duo gives us a breather after all the musical Armageddon that came before. In “Akelarre”, the band invites Trix (Into Sickness) and Perikillo (Nazareno El Violento) to handle some raspy and harsh vocals.

“Baku” is a song full of powerful riffs and thunderous drums, making it the perfect companion for a biker ride. The album closes with “Tendría Que Caerse El Sol”, which begins with a black metal storm before mutate into a perfect stoner metal finale.

Finally, their discography is available to be purchased at their Bandcamp page.