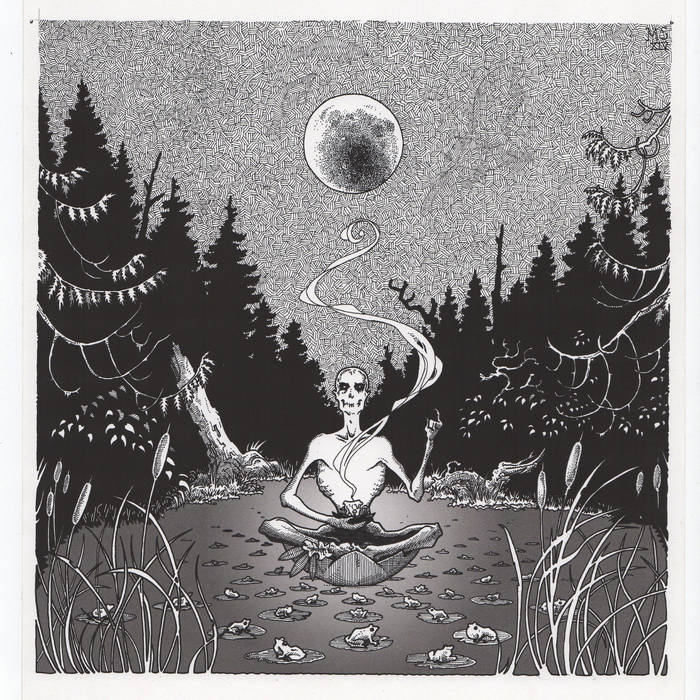 Join Seattle's Doom Giants on the Altar of Riff Worship

Seattle’s WEEED is a fitting, original tribute to the greats of the fuzz genre – namely Black Sabbath and Sleep – without ripping off their sounds. Instead, they manage to take the sound and build on it with their own touch of fuzzed-out, stoner blues madness. WEEED puts blues, early doom, riffed-out heavy metal, and psychedelic jam together with an overwhelming sense of originality and you can tell they fucking love what they do. Drone-y waves sit underneath huge riffs, cascading cymbals, and vocals that could hang out with the likes of Ozzy, Wino, or Cisneros.

WEEED offers the cool opportunity to listen to their album, track by track, and pick out exactly what they were listening to when they wrote this album. Rushes of Sleep’s Volume 1 sit alongside Sabbath’s Master of Reality and dives into some Earth (gotta represent their home sound) and Pelican in the meantime. You can even hear the Blue Cheer and Sir Lord Baltimore behind it. This combination is reminiscent of Ty Segall’s FUZZ but in my opinion one-ups it and shows it how it’s really done.  You could (and should) listen to this album stoned or even on something a little trippier, but you can also take it for a spin when you’re having drinks with dad and talking about the good old days.

I could speak well of this album all day. I sat there after work every day this week getting high, listening to this album, and telling as many people as I could that they needed to listen to this. But on to the specifics. Let’s go track by track, because I’m so excited about this album, I feel like I could do that.

I don’t believe I am stepping out of my element when I say that Our Guru Brings Us To The Black Master Sabbath is up there with the classics.

Everything WEEED has ever recorded is dope and it’s all on their Bandcamp. Not to mention Our Guru is being pressed as 2XLP on white vinyl. WEEED is absolutely killing it.