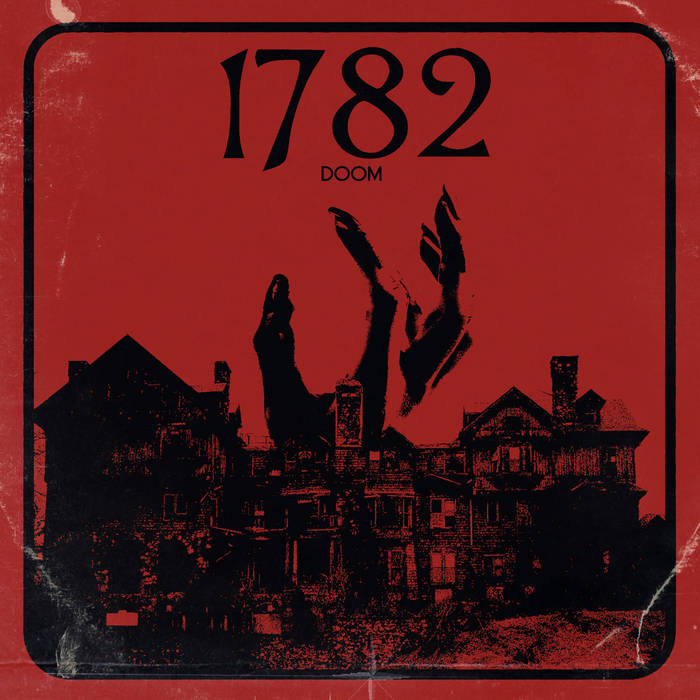 Witchy debut from the Italian Duo 1782

Late-January (2019) I got to listen to She Was a Witch by 1782. Opening to the “stylistically familiar for doom lovers” — big fuzz, plodding riffs, and steady shimmer in the drum section, my interest was piqued to hear more. The song was strong, melodic, and macabre – perfect recipe.

The band name itself is a nod to the year of the last witch trial and execution in Switzerland, Anna Goldi. According to 1782, the band was formed in honor of all “witches” who have been murdered by bigotry throughout time.  An occult-themed stoner doom band was born out of those ashes.

1782 were picked up by Heavy Psych Sounds Records and released their self-titled debut in May, 2019.  The Sardinian duo had only formed in December, 2018 & in essentially 6 months had not quite 40 minutes of witchy doom ready to unleash on the listening world.

After a short introductory track on 1782, seven songs give the listener a continuous head-banging journey.  Mid-way through, is She Was a Witch on which the duo of Gabriele Fancellu and Marco Nieddu are joined by Gabriele Fiori (Black Rainbows/Label Founder). [This Yankee never thought she would need to differentiate between two “Gabriele F’s” in the same thought]. The album ends notably strong with the self-titled song 1782 and a cover of Pink Floyd’s Celestial Voices; both of which feature guest musicians.

The first third of the album can best be described as solid stoner fuzz.  Certainly enjoyable, fuzzy, steady, just-right dose of reverbed vocals – reminiscent of Electric Wizard and Monolord. Plenty heavy; just not remarkably stand-out.  Fortunately, this album picks up steam as it goes along and we get a better taste for what 1782 is and can become, while still maintaining a no frills approach to the genre and keeping all that lovely heft. With the first released track through to the end of the album, in part due to the presence of the aforementioned guest musicians we get some variety, dynamics, and more melodic structures.

Right around the 30-minute mark we get an instrumental nodder/horn throwing song with 1782 and the wonderful surprise of the addition of organs with following strings that lead us like Pied Piper into the album closer – Celestial Voices. 1782 handled this classic by dooming it up without compromising the dreamy spacey atmospheric of the original.

When you want “no sugar-no spice” linear fuzzy lumbering riffs and beats to chill out to.

There’s enough on the album to maintain interest.  Looking forward to a sophomore release that takes more effort on building out musical dynamicity